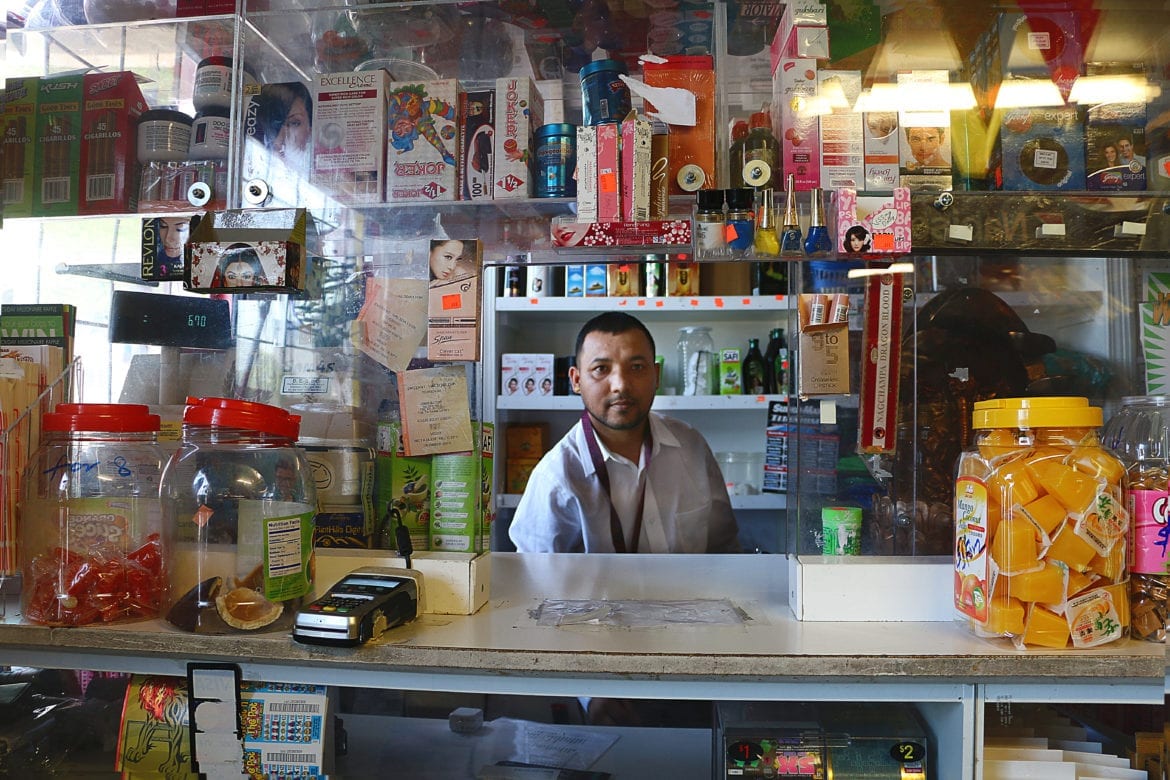 RG Asian Store in Kansas City, Kansas, is a small business started by Bhutanese immigrants. Toya Nepal is the manager of the store. (Binita Dahal | Flatland)
Share this story

During nearly two decades as a refugee in Nepal, Laxmi Ghimire could only dream of the life she now lives in Kansas City, Kansas.

She was among the Nepali-speaking Bhutanese who sought refuge in eastern Nepal in 1990, after they were exiled for advocating for social and political rights. One of their major demands was to have a Nepali coursebook included in schools.

As a single mother, Ghimire struggled to feed herself and her three young kids.

Today, Ghimire marvels at the fact that she has her own house, complete with separate living room and kitchen, and she is thankful that her daughter and son are settled here and even have their own car. 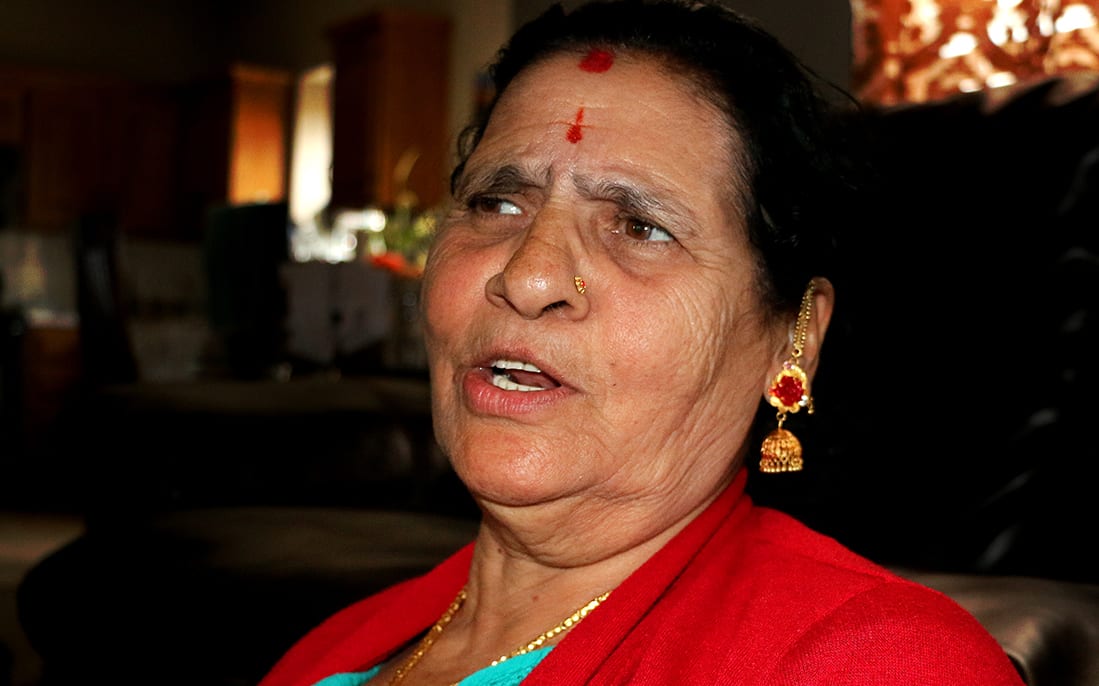 Kansas City, Kansas, has quietly become home to Ghimire and other Bhutanese immigrants. They have settled in neighborhoods around the Hindu Buddhist Community Center at North 12th Street and Ann Avenue.

They are striving to assimilate while many are also keeping their native culture alive through religious activities.

Ghimire and her family came to the U.S. in 2009 as part of a United Nations program that ultimately resettled more than 100,000 Bhutanese refugees from Nepal in countries around the world.

Kansas is home to more than 2,000 Bhutanese refugees, according to Ram Rai, the administrative secretary of Kansas Bhutanese Community Foundation.

The Bhutanese overcame their initial culture shock, Rai said, mostly through the assistance of the Catholic Church.

The church members helped with everything from housing, to setting up mobile phones, opening bank accounts, and school enrollment.

The Bhutanese gradually learned how to use things like gas stoves and washing machines along with handling health care and other priorities.

Some of the newcomers have adopted Christianity after being raised as Buddhists or Hindus, said Prem Ghimire, 32, an information technology worker.

Toya Nepal has only hazy memories of Bhutan, leaving for Nepal with his parents when he was only 8 years old. He does remember leaving empty-handed and abandoning their property.

The Hindu people perform their daily rituals as they used to do in Nepal and Bhutan. The basil leaf is holy to Hindus, who put it in a pot and place it in a sacred place for daily worship. (Photos by Binita Dahal | Flatland)

After relocating to Kansas, Bhutanese women have continued their tradition of growing vegetables like tomatoes, spinach, and eggplant. Gardening is a social activity for non-English-speaking immigrants and avoids the language barrier of having to go to the grocery store.

Many of the Bhutanese refugees, including these women at church, have converted from Hinduism or Buddhism to Christianity.

In a blend of old and new, these girls put mehendi, a paste derived from powdered dried leaves of the henna plant, on their hands using a design pulled up on a cell phone. Under Nepali tradition, girls and women apply mehendi during the Nepali month of Shrawan.

Young women practice for an upcoming soccer match in Omaha, Nebraska. This field was beyond their imagination while they were refugees in Nepal, they said.

The refugees relied initially on the food and clothes collected by the Nepali community. The U.N. provided the food, education, and logistics, though the refugees were not always happy with the quality of the food or the distribution process.

“Our life has changed drastically. We had never imagined we could be able to live a life like this,” said Nepal, who is the manager of an Asian grocery store in KCK.

In Nepal, most of the refugees were involved in low-income labor jobs.

“When in Nepal we had an employment problem, we had nothing to do there. Our skills were being wasted and we had no courage to do anything. But here, we can easily find jobs and can earn our living,” said Kumar Pokharel, a leader of the local Bhutanese community. “We came here for the future of our kids. We do not want them to live the life like our parents and we did.”

While the kids and young people attend school and play sports, assimilation is tougher for senior citizens, who have struggled to learn English. Many of the senior citizens were not literate even in their native language, and long for their homeland.

“Although there are all facilities and a good life, it is very hard for us to spend time,” said Ranga Lal Nepal, 70. “We had such a beautiful land and properties in Bhutan. But I don’t think Bhutan government will pave a path for us to return there. But if Nepal government will give citizenship I would love to go back to Nepal and have a life there.”

Due to the language barrier, they depend on their children to drive them around and take them to the grocery store. Their time is mostly spent chatting with each other during the day and gathering in their community hall at night to sing devotional hymns.

Not knowing English also holds some of the refugees back from taking the citizenship exam.

“I got it on my second attempt. But it is really hard for us to answer in English who are illiterate,” Ghimire said, “But we have to do it, because this is what we choose. We do not want to move again to another place.”

Editor’s note: Some of the interviews were conducted by the author in the Nepali language and translated for the story.

—Binita Dahal is a 2017 fellow through the Alfred Friendly Press Partners program, which provides hands-on training in U.S. and international newsrooms and within the Missouri School of Journalism. She is a journalist with the BBC Nepali Service.

It Takes A Village to Reach Rural Broadband Fringe