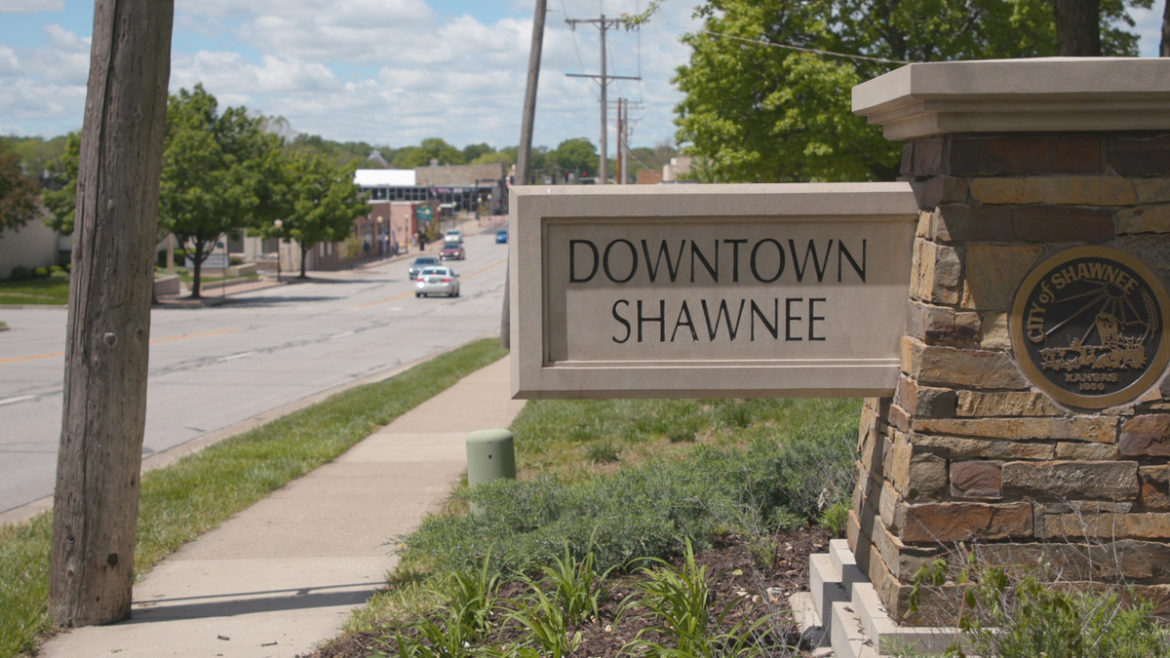 The city of Shawnee, which dates from a settlement known as Shawneetown in 1856, has watched its long-dormant downtown take on a new look in recent years.

About $40 million in infrastructure improvements along Nieman Road have drawn microbreweries, shops and multifamily development to this area, along with the restoration of the historic Aztec Theater.

Downtown Shawnee is part of an Opportunity Zone, one of 8,762 across the country under a program that makes trillions of dollars available for reinvestment in economically distressed areas. Investors can defer paying capital gains by redeploying that money in one of these zones, with the maximum benefit going to those who wait 10 years before cashing out.

Ann Smith-Tate, president and CEO of the Shawnee Chamber of Commerce and Shawnee Economic Development Council, said the Opportunity Zone is an “extra incentive and marketing tool that has given us exposure beyond some of the local developers and local businesses that already had an interest in downtown Shawnee. This was actually one in a million times that the stars somehow aligned.”

Snagging an Opportunity Zone has presented downtown Shawnee with a “huge opportunity,” said Eric Ely, director of business development and retention for the Shawnee Chamber and the city’s Economic Development Council.

Shawnee is seeing some positive impact from its Opportunity Zone, including apartments under construction. Yet, like other corners of the Kansas City metro located in Opportunity Zones, this designation has not made a huge impact on downtown Shawnee.

Ely said “a lot of people still don’t understand the Opportunity Zones. I think the jury’s out. I hope we can utilize it. A lot of local developers still don’t know a lot about it.”

But some local developers do know about it.

“I like seeing stuff that’s ugly and making it pretty,” Tubbesing said. “This (Opportunity Zone) really gave us an opportunity to do that and make an amazing impact on Shawnee.”

Some might question whether Shawnee, located in affluent Johnson County, should be home to an Opportunity Zone.  Localities qualified as Opportunity Zones if they were nominated for that designation by their state and the nomination was certified by the Secretary of U.S. Treasury.

Although downtown Shawnee is on an upward trajectory, it lacks the glitz and high-bracket income concentration prevalent in some other areas of Johnson County. To some degree, then, Shawnee sits in an interesting place on the Opportunity Zone spectrum — not genuinely destitute, but a place where additional incentives can leverage signs of economic life.

“For the longest time, Shawnee has been overlooked,” Ely said. “Growth years ago would go out south. This Opportunity Zone and some of the local incentives we have for the downtown area are hugely in the spotlight right now. I think it’s going to help Shawnee tremendously turn around.”

Smith-Tate said an Opportunity Zone is one of many tools needed to spur infill development in lower income areas. “These are not easy projects, green fields that are waiting for development,” she said. “There’s a lot of property acquisition that’s needed, sometimes some demolition.”

Tubbesing, who has logged a track record of developments in Shawnee, said the rents that can be obtained in many urban core Opportunity Zones don’t cover the cost of construction. “The bank is looking at it as a construction loan,” he said. “All the bank cares about is if you can operate during the period of that loan.”

Tubbesing considers Shawnee a “hidden gem,” adding that he and his wife live in the community and want to make it a better place.

“If you go into most metro areas, the highest value often comes within the beltway, inside the 435 loop in our case,” he said. “Shawnee is half in and half out. I think you’re going to see more infill (development) coming into areas like Shawnee.”

There is a general consensus that the Opportunity Zone program is complicated and hasn’t always lived up to expectations.

Opportunity Zones are “confusing,” Tubbesing said. “That was the biggest issue, trying to understand the rules, which quite frankly I still don’t think are clear.”

Swords, the owner of Sunflower Development Group in Kansas City, said the program “just hasn’t been the giant wallop everybody was claiming it was going to be. A bunch of folks claimed they had these $100 million Opportunity Zone funds. They were targeting raising those kinds of dollars, and they raised 10 percent of that.”

Tubbesing said it’s unlikely that someone would invest in an existing business or create a new business and sell it after five-to-seven years or 10 years just to take advantage of Opportunity Zone tax benefits. “You don’t get the benefits unless you sell at the appropriate time, and that’s easier for real estate owners than business owners,” he said.

Tubbesing said he assembled a small group of investors, including family and friends, to fund his Shawnee Opportunity Zone multifamily development. “We all looked at it from the perspective that we want a 10-year investment.”

Some advocates of Opportunity Zones say housing in the zones should be affordable, workforce housing.

Tubbesing said his apartment complex, known as Sixty16, will be “luxury apartments.” He said he understands the need for workforce housing but that he specializes in “high quality projects” in infill areas, “to improve the community and the neighborhood.” The apartments are slated to open around March 1, 2021.

If he can obtain city approval, Swords hopes to have his apartment project under construction in Shawnee’s Opportunity Zone by the first quarter of next year. The construction timeline will probably extend from 18 to 20 months, he said.

“It’s not workforce housing,” Swords said. “It’s not subsidized by any means. I think our market needs to be $1,000 a month or maybe a little bit higher than that on some of the larger units. This is a Class A property. We want to get as much rent as we can.”

Emmett Pierson Jr., president and CEO of urban core developer Community Builders of Kansas City, has expressed disappointment with potential Opportunity Zone investors who would not participate unless they could realize a 20 percent return on their investment.

Swords has undertaken numerous urban core development projects, including affordable housing. He said investors generally want a higher return for dollars invested in neighborhoods deemed “risky,” but that he didn’t know anyone who demands a 20 percent return. “It’s hard to buy a piece of ground, do construction and get a 20 percent return, frankly,” he said. “Maybe you get one or two of those types of deals in your entire career.”

Tubbesing said he would not have pursued his downtown Shawnee multifamily development in the way that he has if not for the promise of Opportunity Zone tax benefits.

“We might have built it and sold it, but we probably would not have been the people who held it for 10 years,” he said.

Swords, on the other hand, said his multifamily development would be entitled to Opportunity Zone incentives but “that doesn’t mean we’ll be doing that in the end. Capital calls the shots. We might be planning on taking Opportunity Zone treatment on a deal like Shawnee, and then all the sudden your investors decide that they want to pull dollars out. A project has to work on its own merits outside of being in an Opportunity Zone.”

The COVID-19 epidemic has raised countless questions about the future of economic development programs and the future viability of the economy in general. How will it impact Shawnee and its Opportunity Zone potential?

“COVID hasn’t dictated anything to us, other than on the hotel side,” Swords said. “There’s just no debt or equity for hospitality today.”

Tubbesing said the pandemic won’t stop construction of his Shawnee apartment complex. But it may affect rental rates. “As incomes decrease, people have less ability to pay,” he said. “There’s less willingness to live in a luxury apartment.”

Smith-Tate noted that Shawnee multifamily development is moving forward despite COVID-19. And she said business owners in Shawnee’s Opportunity Zone are “scrappy entrepreneurs” who are doing “innovative things to keep the lights on.”

Smith-Tate and Ely said that when the pandemic is over, people may be more attracted to a less dense yet walkable downtown such as Shawnee’s.

In addition, Ely said investors in the post-pandemic world “might want to pull some money out of the stock market and invest in property. This could be a game changer for Opportunity Zones.”

Flatland is exploring the implementation of Opportunity Zones in the Kansas City area, on both sides of the state line, and tracing their impact. Take a look each Wednesday through June 10 as we examine the nuances of the law and the forces behind the opportunities. Next week, we’ll take a closer look at Kansas City, Kansas.

North Loop Among ‘Freeways without Futures’ in New National Report

Another Critique of the Downtown Ditch