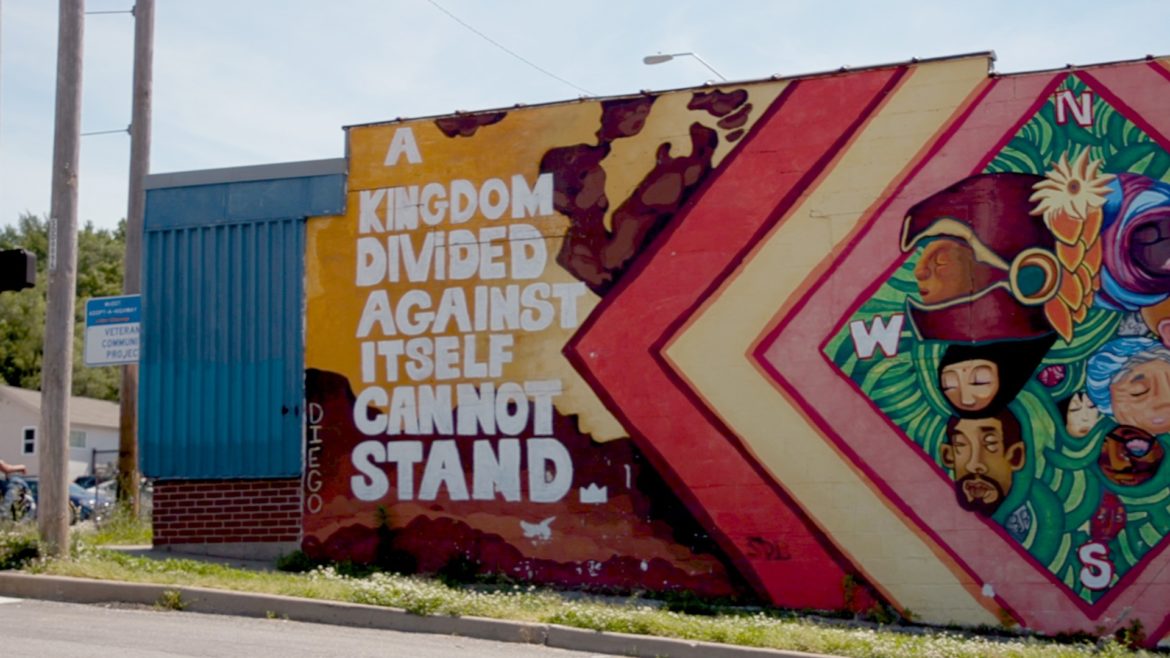 A project of Illinois-based Brinshore Development, it is part of the Paseo Gateway project that has benefitted from a $30 million Choice Neighborhoods Implementation Grant from the U.S. Housing Department of Housing and Urban Development.

ArtsBlock also sits in one of 8,762 federal Opportunity Zones across the country. The Opportunity Zone program makes trillions of dollars available for reinvestment in economically distressed areas such as Old Northeast Kansas City. Investors can defer paying capital gains by redeploying that money in one of these zones, with the maximum benefit going to those who wait 10 years before cashing out.

But Todd Lieberman, a Brinshore executive vice president who heads the company’s Kansas City office, said Opportunity Zone tax incentives were not utilized for Pendleton ArtsBlock. “We closed on ArtsBlock prior to the Opportunity Zone program really rolling out,” he said.

Brinshore has developed several projects in the Old Northeast area. To date, none of them have taken advantage of Opportunity Zone incentives, Lieberman said. Even so, he said the Opportunity Zone designation may be a contributing factor in Northeast Kansas City’s resurgence.

“I’m not aware of any Opportunity Zone investment in Old Northeast that is creating housing or otherwise, from what I can tell, having a positive economic impact on the neighborhood,” said Gregg Lombardi, executive director of the Northeast area’s Lykins Neighborhood Association.

A similar view was expressed by Scott Wagner, director of Northeast Alliance Together, an emerging community development corporation (CDC) of the Mattie Rhodes Center.  “There are just not enough investors out there who are willing to take a chance on projects in Kansas City in areas that need them the most,” Wagner said.

Around the beginning of the 20th Century, Northeast Kansas City emerged as a haven for well-do-folks who wanted to build mansions a few miles east of downtown and the stockyards. More modest housing was built for workers who labored in nearby factories.

The area has drawn wave after wave of immigrants, including Italians in its early years and Vietnamese and Somalis in recent decades. Many of today’s immigrant residents landed in Kansas City as refugees.

The Northeast area is crisscrossed by several Opportunity Zones, taking in neighborhoods such as Lykins and most of the other neighborhoods.

“Lykins is a very vibrant neighborhood,” said Lombardi, a former executive director of Legal Aid of Western Missouri. “If you go up and down Independence Avenue (the northern boundary of the neighborhood) right now, you’re going to see a lot of neat shops and great restaurants, little Somali grocery stores and all sorts of stuff that’s just wonderful.”

But the Lykins neighborhood also has great needs.

“The average household income is under $24,000 a year,” Lombardi said. “We’ve got a focus area for development in the neighborhood that is nine square blocks. There are 200 houses or 200 parcels in that, and about a third of those are either abandoned and blighted, or vacant lots.”

Wagner said Northeast area residents need access to more jobs, but providing them is no simple task. “There are training aspects to that,” he said. “There are transportation aspects. Amazon is not going to move a facility into the middle of the Northeast area. Neither is Ford Motor Co.”

Jim Mullin, project manager for Neighborhoods of Hope, said “the Lykins Neighborhood Association has given us a lot of confidence that that neighborhood is on the upswing. It’s our opinion that long-lasting, low-maintenance homes will add to the upswing.”

Mullin said Neighborhoods of Hope has acquired three lots in the Lykins neighborhood, two on Spruce Street and one on Jackson Street, from the Land Bank of Kansas City. Plans call for launching construction of three houses in the next 90 to 120 days. The homes will range in size from 1,100 to 1,800 square feet.

“Our hope is that we might build up to 20 of these in Lykins over the next two years,” Mullin said. “We’re targeted toward affordability. The lease payments will fall below the market rate for the neighborhood. We haven’t worked out all the details, but our mission is to get tenants who will ultimately be able to own the home.”

Mullin said the Opportunity Zone poses an “added benefit” for development in Lykins. “It’s possible that we might use it,” he said.

But Mullin said Opportunity Zones are “very complicated” and “the tax treatment is not well understood. One of the challenges of an Opportunity Zone for us is an investor has to own the development for 10 years to get all the incentives. We’re trying to get homes in the hands of the people who live in them.”

Lombardi said he was enthusiastic about the Opportunity Zone program when it was launched, but he now takes a skeptical view. He worries that an Opportunity Zone investment in Lykins could be “somebody buying an old building and tearing it down and keeping it as a vacant lot with a barbed wire fence around it for 10 years.”

Furthermore, Lombardi said he’s hearing that some Lykins neighborhood residents are getting frequent calls from people who want to buy their homes. He is concerned that the callers may want to snap up houses for a low price and turn them into low-quality rental housing.

Lombardi said Opportunity Zones are geared toward investors “making a bunch of money. We talked with lots of people early on to try to entice Opportunity Zone investment into Lykins. And what we heard was, if we couldn’t give a 10 percent return on investment, people generally weren’t interested.”

Lombardi added that lots of money must be spent on lawyers and accountants before investors can reap Opportunity Zone incentives.

“If you’re not making a bunch of money, you’d be better off just making a flat-out charitable investment in the neighborhood,” he said.

Wagner, a former Kansas City Councilman, said “outside money isn’t necessarily going to pour into Kansas City, because we’re competing with projects all over the country.”

Wagner said it would be ideal if Kansas City’s Opportunity Zones drew a philanthropic investor from this region, but “that kind of person hasn’t come to Old Northeast yet. I’d love to meet them.”

Lieberman said an Opportunity Zone in Omaha had enabled Brinshore to create the Highlander mixed-use development there. Built on the site of a former public housing development, it includes mixed-income residential units, for rent and for sale.

“Mutual of Omaha was the investor,” he said.

Looking at the Opportunity Zone program overall, Lieberman said “there may have been a mismatch between what people’s expectations were and what the reality has been. I have seen it work. It has raised the visibility of various areas. But it’s not a silver bullet.”

Flatland is exploring the implementation of Opportunity Zones in the Kansas City area, on both sides of the state line, and tracing their impact. Take a look each Wednesday through June 10 as we examine the nuances of the law and the forces behind the opportunities. Next week, we look to the future.