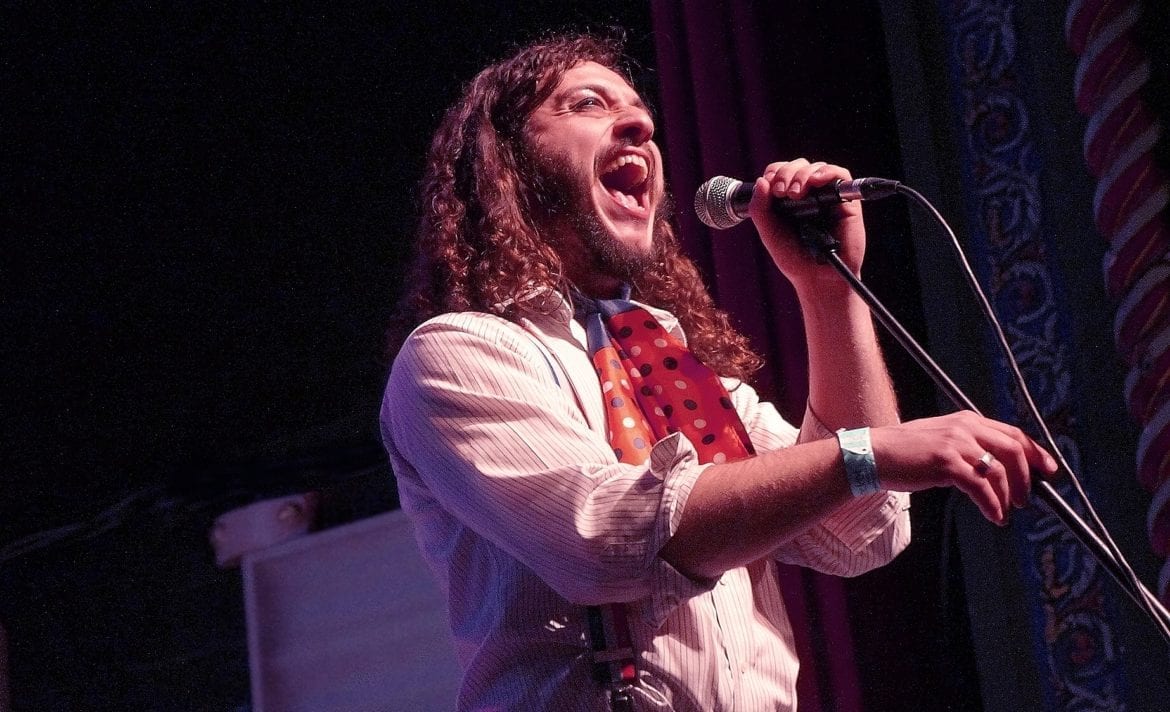 This week, we find ourselves deep in a New Year’s lull. Maybe the folks who plan shows figure that we’ll all be tired from the holiday festivities. Or, for that matter, maybe they figure that we’ll all be too broke to buy tickets. Whatever the reason, there’s just not that much scheduled at the bigger venues around town. That won’t stop TWST, however, from finding the best of what the city has to offer.

There is no Chiefs game this weekend, a lull for the best of all possible reasons. Last week, on the regular season’s last day, KC won the AFC West title. In the process, they won a bye week to rest and get ready for their next opponent. Just because the team is off, though, doesn’t mean fans don’t have something to root for. Depending on who wins this weekend, KC will either host Pittsburgh, Oakland or Houston at Arrowhead on Jan. 15. Two of those teams, Oakland and Houston, are playing with backup quarterbacks. The third starts Ben Roethlisberger. Chiefs fans, in other words, should hope Miami beats Pittsburgh. They shouldn’t count on it or anything, but keep hope alive nonetheless.

Beyond football on TV, which includes the CFP National Championship on Monday night, there’s live hockey to watch. The Missouri Mavericks play a pair against Wichita at Silverstein Eye Centers Arena on Friday and Saturday night.

There’s plenty of live college hoops, too. All of it on Saturday. The Jayhawks host Texas Tech, and K-State hosts Oklahoma. Mizzou, who somehow managed to lose to lowly Lipscomb, is on the road against SEC foe Georgia. UMKC plays in town, though, meeting UT Rio Grande Valley.

Art has no lull, and the first First Friday of the year will prove it. While you’re walking, drinking and networking in the Crossroads, make time to see the Contempo Winter Salon at Cerbera Gallery. Then hit Vibrant, still at the Buttonwood Art Space. The Leedy-Voulkos Art Center is opening a show of new works by Misty Gamble. That should be sweet. Also, if you haven’t yet, make time to see “An American Knockoff,” a collection by Roger Shimomura at Belger Arts Center. That one closes Jan. 14. Todd Weiner Gallery is always worth a stop. So is Blue Gallery. Or just stroll around and see what strikes your fancy. If strolling in the cold doesn’t suit you, though, stop by the MTH Theater in Crown Center for a session of the First Friday Film Festival.

This weekend is a great one for tribute shows. Friday and Saturday night, the Kansas City Symphony Pops Series is presenting the confusingly named “Simply Swingin’ with Sinatra.” It’s confusing because Frank Sinatra, who passed away several years ago, will not be in attendance. Instead, the show stars renowned Las Vegas entertainer, Steve Lippa. He’ll perform pop standards from the Great American Songbook, as made famous by the likes of Bobby Darin, Nat King Cole, Tony Bennett, Sammy Davis Jr., and yes, Ol’ Blue Eyes himself. The full orchestra accompaniment should make for a brassy night to remember. 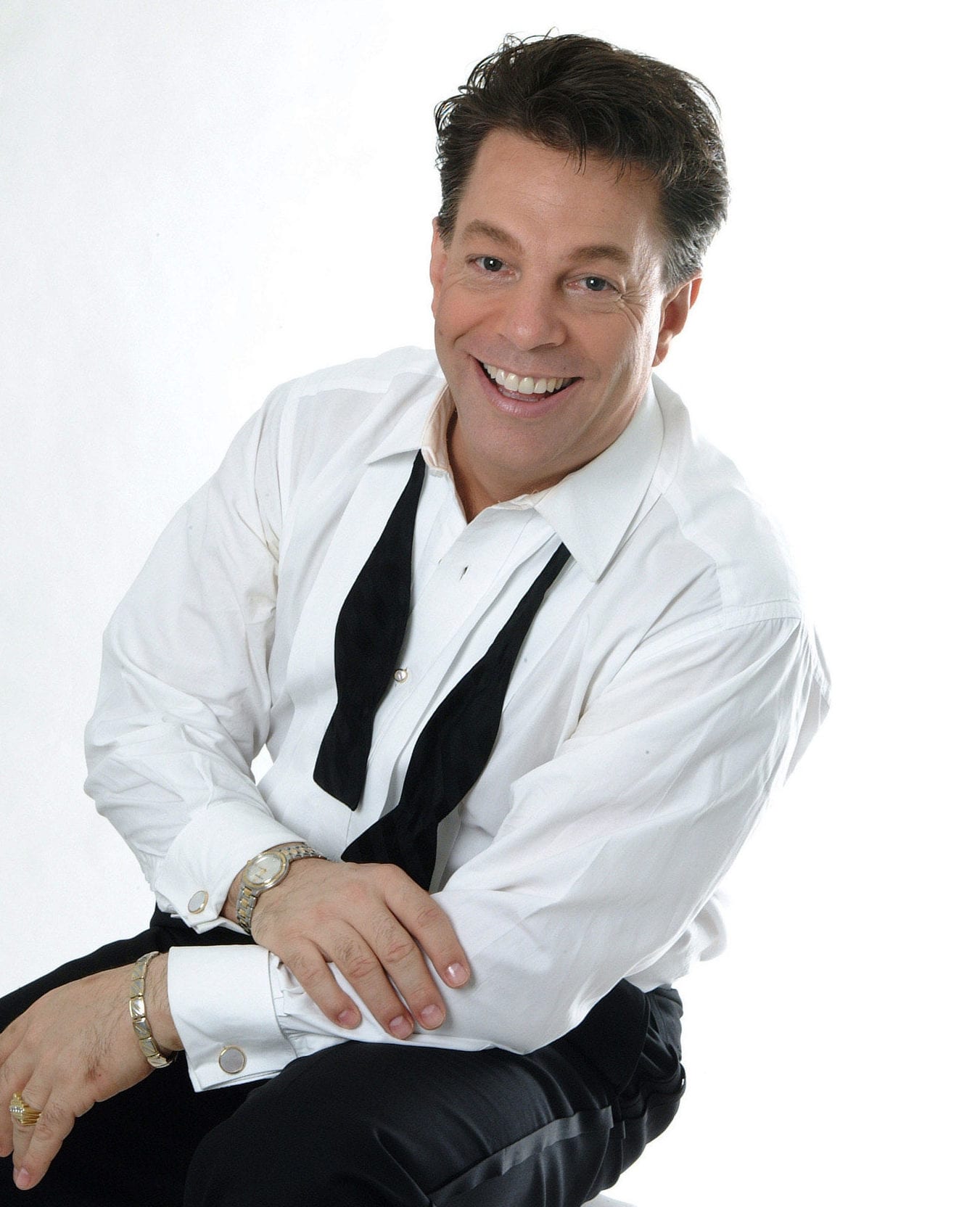 A very different, louder and flashier tribute is happening Friday night. Almost KISS and KC/DC will bring the guitar heroics to VooDoo Lounge. Or, should piano-based rock be more your speed, get to Knuckleheads for their Leon Russell Tribute show, starring the Nace Brothers, Danielle Nicole and Amanda Fish, among others. That one happens on Saturday night. As does the biggest tribute this weekend, honoring the Thin White Duke. Last year’s honoring of David Bowie at The Uptown was an event, an emotional community happening and so darn popular that organizers decided to do it again. This time, the show will be at recordBar. Catch The Band That Fell To Earth : A David Bowie Tribute on Saturday night, and be sure to cheer extra loudly for KCPT fave, Michelle Bacon on the bass.

If you want culture for the kids, or you’re just a child at heart, you’ll probably love Jurassic Quest at Hale Arena. It’s a traveling festival of dinosaur stuff – including more than 50 ultra-realistic, life-sized models of the prehistoric reptilian beasts. Some models actually walk. Young ones can even ride a few. There are tons of other kid-friendly activities, too, like a dinosaur-themed inflatable maze, face painting, bouncy slides and a fossil dig, where budding paleontologists can discover buried dino bones. Or, you know, replicas therefore. Actual dinosaur bones are fairly hard to find.

Kids, and parents, will also like “Presto, Mambo!” a production of the Kansas City Symphony Family Series. Get to the Kauffman Center on Sunday, and you’ll see the story of Max, a lively and spontaneous youngster who sneaks on stage to “help” the orchestra. Soon he finds himself on a musical journey, exploring the lands and rhythms of Latin America. A new friend, Mambo the Dog, helps Max learns to dance. Tickets start at $10 for children.

Lovers of more traditional classical music can enjoy Ignea Strata, a new vocal ensemble performing works from the medieval era on. This show, called “Crown of Roses” is the quartet’s debut performance and will explore the music of Epiphany season, recognized by some churches as a liturgical period following Christmas. Expect works from the Renaissance period, greats like Mozart, Liszt, Tchaikovsky, as well as pieces by 20th century composers. Ignea Strata will perform “Crown of Roses” twice, once on Jan. 8 at Saint Mary’s Episcopal Church and next week, Jan. 15, at the Church of the Nativity.

As for live theater, the lull is in full effect. Stages are dark at The Unicorn, MET and The Living Room. Monday night, the Rep has their Playwright Slam, a sort of informal set of public readings. Anyone who wants to can bring a one-to-three-page script that will be read out loud by actors chosen from the audience. January’s theme is La Vie Boheme, and there’s more information about the series here. The Just Off Broadway Theater has a film screening, “On Sight,” a new short by up-and-coming local filmmaker Tosin Morohunfola. Your best bet for full-length live theater, and maybe your only bet, is to catch the Home Grown Theatre Company’s production of “The Heidi Chronicles,” Wendy Wasserstein’s Pulitzer- and Tony-winning play is showing all weekend at the new Fishtank Performance Studio, 1717 Wyandotte St.

Laughter will fight the lull. KC’s own James Johann returns to his home turf of Stanford’s. His down-home stylings have been featured on Comedy Central and CMT, and he’s opened for the equally downhome likes of Jeff Foxworthy and Larry the Cable Guy.

Tom Segura is at The Improv. The raconteur extraordinaire has been on “Conan,” “Comedy Central Presents” and “Not Safe with Nikki Glaser.” Segura also has a pair of Netflix specials and co-hosts the popular podcast “Your Mom’s House” with his wife, Christina Pazsitzky. See him at the Improv. Then stay warm all week, save your money and wait for the lull to end.