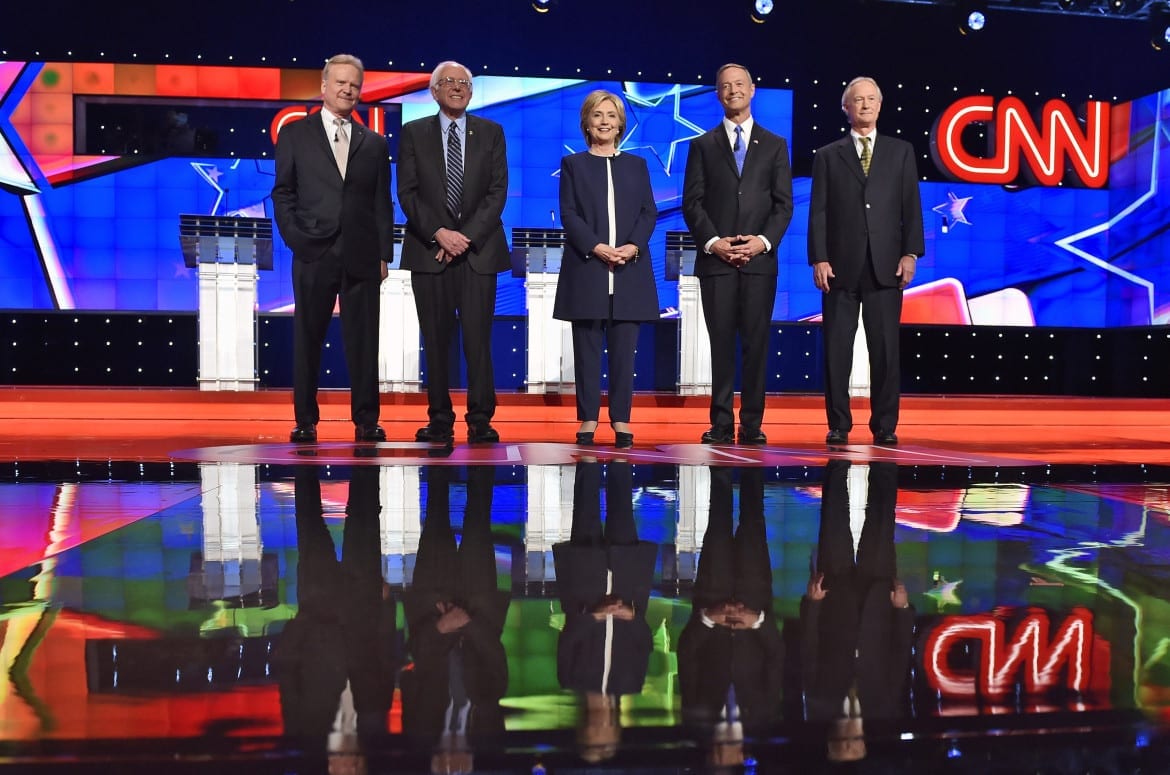 Russian jets continued to strike in support of Syrian ground troops. The Russians may also be backing an Iranian-led offensive forming in the northern province of Aleppo in support of the Syrian regime. Hey, weren’t they supposed to be fighting ISIS?

Speaking of Iran, this week its state-run media broadcast pictures of a huge underground tunnel filled with ballistic missiles. The footage was released just days after reports that Iran had test-fired a new generation of long-range missiles, making everyone from Saudi Arabia to Israel really nervous.

Speaking of Israel, reacting to the recent outbreak of violence between Israel and the Palestinians, Secretary of State John Kerry announced that he will talk with Israeli Prime Minster Benjamin Netanyahu. That’ll fix it for sure.

Regulators in Nevada ordered several fantasy sports websites to stop operating immediately there until they obtain state gambling licenses. Because they wouldn’t want to see anything unseemly happening in Las Vegas. Not without getting a cut.

A computer crash at a web-hosting company on Thursday took down Netflix, forcing millions of people to look away from their screens for a few hours and actually talk to each other.

Playboy announced that they would no longer publish pictures of nude women. In response, every single news anchor in America made the same joke about “just reading it for the articles.”

If you are a political pundit or member of the media, you think Clinton crushed it. Everyone said so. CNN and The New York Times praised her. ABC News said she “owned it” The Washington Post noted her “experience and self-assurance.” Slate used the word “spectacular.” The telephone polls said the same thing: Hillary won.

Online, however, the results were dramatically different.  According to US News and World Report, Sanders was by far the most talked-about candidate on Facebook. A US News liveblog poll (conducted on Facebook) showed Sanders winning with 82% of the vote. On Twitter, Sanders was mentioned 407,000 times  — more than every other candidate combined — and picked up 42,730 new followers. That’s compared, by the way, to the 25,475 gained by Clinton. Google Trends found Sanders was the most-Googled candidate post-debate in all 50 states.

The  mainstream media even ignored their own online polls. Time Magazine’s poll had Sanders winning with 59%. Clinton got 12%. CNN’s web poll – later pulled – had Sanders winning by a wide margin, yet their story on the debate declared Clinton’s “triumph.” All your SJW friends on Facebook will see this as part of a nefarious plot by corporate overlords. CNN, they note, is owned by Time-Warner – a major contributor to Clinton’s campaign. But that doesn’t explain why the declarations of her victory were so unanimous across the board. The “No Buck” petition drew Joe Buck’s attention: “Good luck. Rooting for you” the announcer tweeted of the attempt to have him removed from ALCS broadcasting duties. (Credit: FOX2now.com)

In May, Mayor Sly James announced the development of a 800-room downtown convention hotel, but a petition drive demanding the hotel project be put to a public vote halted the effort. On Thursday, the hotel’s developers said that a delay for a public vote could jeopardize the whole project.

In other dumb petition news, FOX Sports announced that Joe Buck would be calling the American League Championship Series, and a Kansas City man started an online petition to have him removed. By Thursday, the petition had nearly 4,000 signatures. Buck himself seemed to think the whole thing was hilarious.