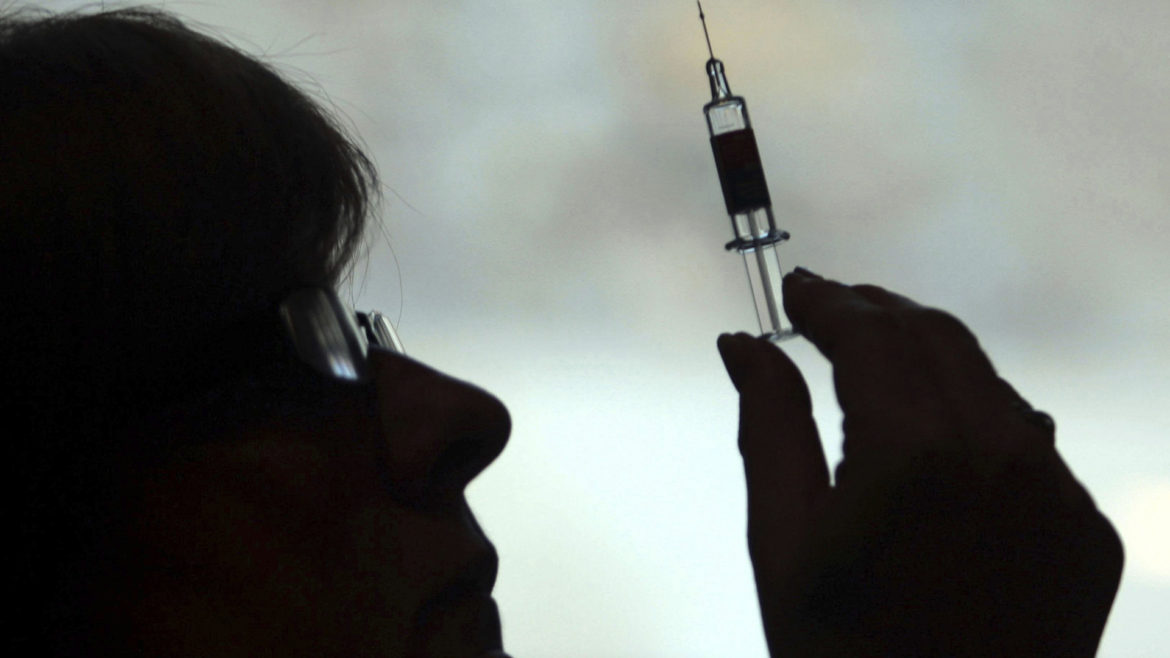 The U.S. Centers for Disease Control and Prevention recommends the HPV vaccine as a routine series at age 11 or 12 years. (David Cheskin/|PA Wire)
Share this story

Five years ago, Kansas had the dubious honor of being the worst state in the nation when it came to protecting adolescents against a cancer-causing virus. Missouri was not a whole lot better.

The measure, released by the U.S. Centers for Disease Control and Prevention, was the rate at which states were vaccinating kids against HPV, or human papillomavirus, a common sexually transmitted infection. It can cause cancer in both men and women.

The figures showed that Kansas, like Missouri, has made significant strides in the number of young people getting at least one dose of the vaccine. That data came from a 2018 national immunization survey of  parents or guardians of teens between the ages of 13 and 17.

The two states have outpaced the nation in annual percentage point gain. Even so, Kansas and Missouri still rank down the list in the percentage of this group of young folks that are getting at least one dose of the HPV vaccine. They came in at 42nd and 44th, respectively, with rates of a little more than 60 percent.

The Kansas Department of Health and Environment attributed its success to a number of initiatives, including development of an HPV Toolkit by the Immunize Kansas Coalition and focusing on provider recommendations to patients.

For years, public health officials have vigorously promoted the vaccine to counter worries by some parents that it is unsafe and that it encourages sex among adolescents by making them feel more protected against disease.

To be most effective, the vaccine should be administered before exposure to HPV. The CDC recommends administering the two-dose vaccine at ages 11 or 12. The vaccination can be started as early as age 9.

Growing evidence suggests that even one dose is effective.

In 2015, Kansas City PBS produced its “Cancer in KC” series in conjunction with the Ken Burns documentary  “Cancer: The Emperor of all Maladies.” The story below was part of the coverage.

The Fight Against Cervical Cancer is Winnable. So Why Is Kansas Losing? If all it took were a few shots to virtually eliminate the chances of contracting one type of cancer, you’d think at-risk people would be lining up for treatment in droves. There is, in fact, a three-dose regimen that experts…