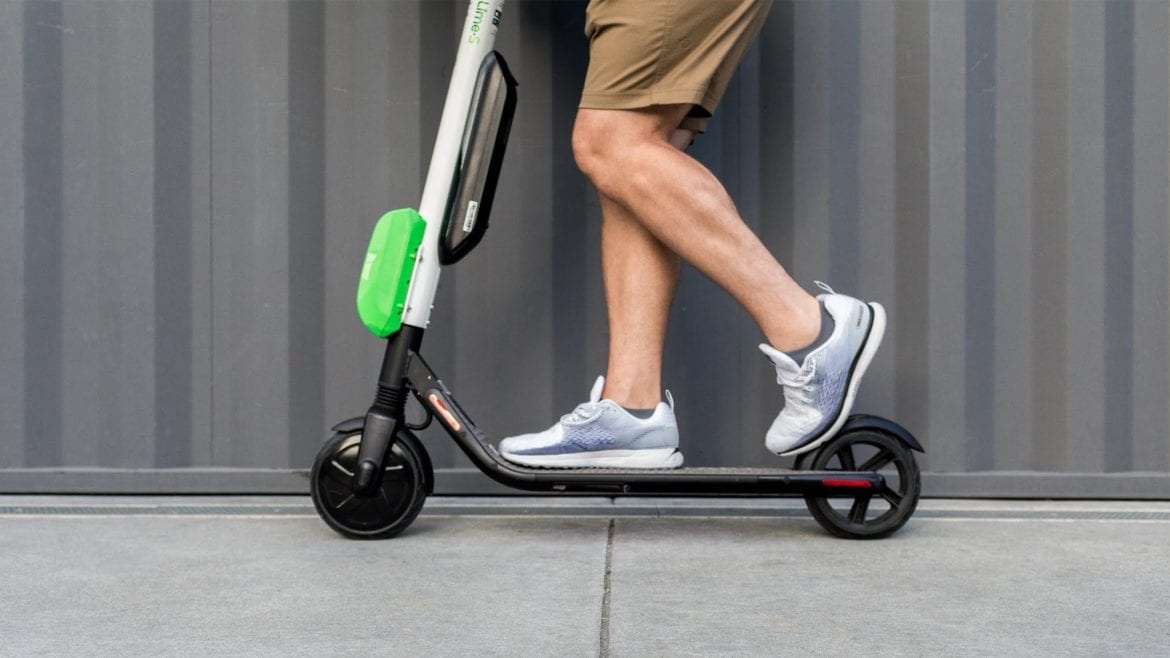 Lime is the second electric scooter company to enter the Kansas City in the past several months. (Contributed | Lime)
Share this story

President Donald Trump canceled a scheduled visit to Missouri this week. The White House cited a potentially catastrophic hurricane on the East Coast as the reason for the decision. Trump was slated to host a campaign rally Thursday for Republican U.S. Senate candidate Josh Hawley in Cape Girardeau. It would have been President Trump’s fifth visit to Missouri since taking office. The storm did not prevent U.S. Attorney General Jeff Sessions from getting to Kansas City on the same day the President was scheduled to arrive. The nation’s top law enforcement official was speaking at the federal courthouse in downtown Kansas City about efforts to reduce violent crime.

Who is More Popular — Trump or McCaskill?

While a new poll showed shrinking support for the president, his approval rating is higher than that of U.S. Sen. Claire McCaskill. A Morning Consult poll ranked McCaskill, a Democrat, as the most unpopular senator up for re-election, with an approval rating of 38 percent. The same poll showed President Trump’s approval nationally at 42 percent.

KCPT is joining with its sister station in St. Louis to bring you a live televised debate in the race for Missouri’s U.S. Senate seat. Save the date. It’s at 7 p.m. on Thursday, Oct. 18 on KCPT. PBS Newshour host Judy Woodruff will moderate the exchange between McCaskill and her Republican opponent, Missouri Attorney General Josh Hawley.

Breaking a Record At Arrowhead

It’s now official. Taylor Swift is the queen of Arrowhead Stadium. More than 58,000 people cheered on the 28 year-old pop megastar during her concert this week at the home of the Kansas City Chiefs. That broke a concert attendance record set by country music star Kenny Chesney, who played Arrowhead as part of his Big Revival Tour in 2015.

Hard Rock is Coming to Town

The Hard Rock Cafe is coming to town. The global restaurant attraction is headed to Wyandotte County at a new site close to the Kansas Speedway. The restaurant will be on the ground floor of a new 231-room, 10-story Hard Rock Hotel. It’s being built as part of the first phase of what is being called the Village South project, on the southeast corner of I-70 and 110th Street. It is expected to open in 2020. The operator of the nearby Hollywood Casino at Kansas Speedway indefinitely shelved plans for a 248-room hotel in 2015.

Get Ready for More Electric Scooters

Another electric scooter service has hit the streets of Kansas City. San Francisco-based Lime entered the Kansas City market about two months after rival company Bird rolled out their scooters across the city. Like Bird, Lime charges $1 to unlock the scooter and then 15 cents for every minute afterwards. With hundreds of electric scooters now on the streets, area hospitals said they are now seeing the first scooter injuries coming through their emergency rooms.

While most people are fixated on the November election, this week the candidates seeking to become the next mayor of Kansas City, Missouri, squared off in their first debate. The Northland group Forward Kansas City hosted nine mayoral hopefuls. If it seems remarkably early to be deciding who should succeed Mayor Sly James, you’re not wrong. Candidates have until January 8, 2019, to file for the office. The primary election isn’t until April 2, 2019. The general election isn’t until June 18, 2019.

Housing In The Headlines

Kansas City, Missouri, officials are getting serious about finding a fix to the affordable housing crunch. This week, housing officials released the city’s first-ever long-range housing plan. It features a $50 million fund to rehab homes and build more low income housing units. It also requires developers to set aside 10 to 20 percent of all units for lower income families. Nearly half of the city’s renters and a quarter of homeowners meet the federal government’s definition of “cost burdened.”

Update on The Buck O’Neil Bridge

‘Defund the Police’ was Designed to Provoke a Response. In Missouri, it Worked