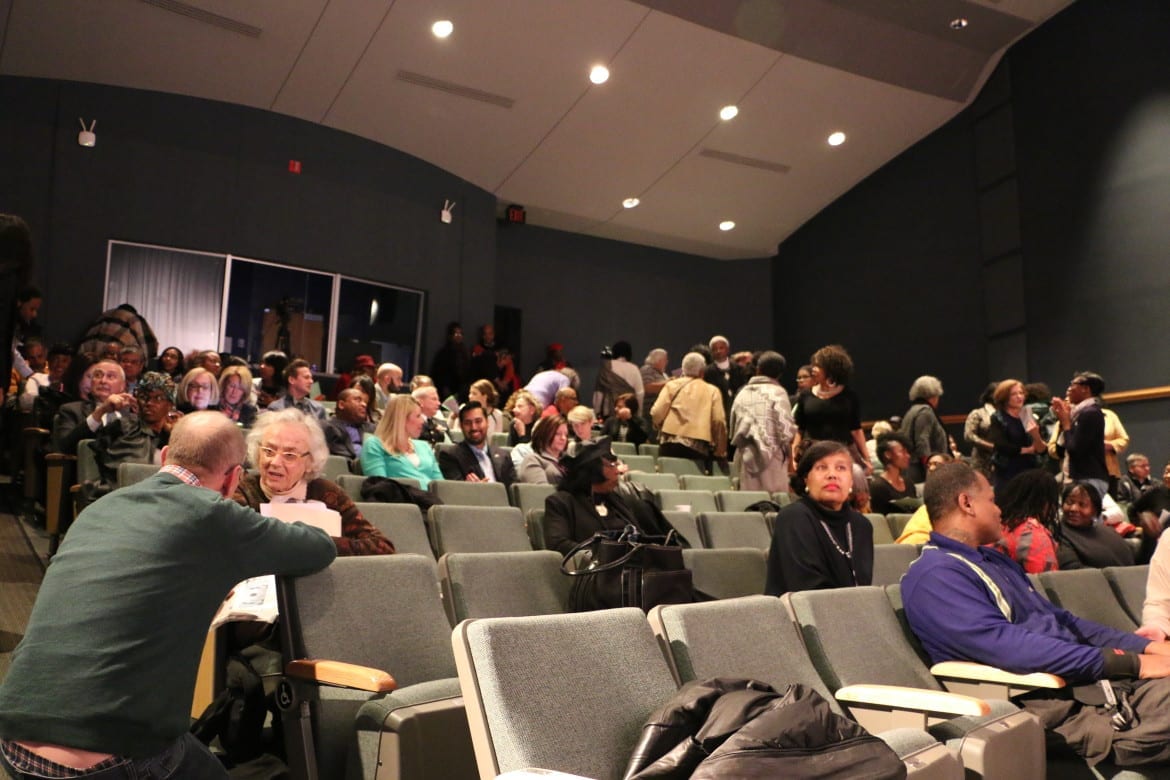 Both men vying to be the next superintendent of Kansas City Public Schools (KCPS) stressed Thursday evening how their humble beginnings could help them connect with students in an urban school district.

Ronald Gerald Taylor, superintendent of Willingboro (New Jersey) Township Public Schools, noted that his modest upbringing in Detroit and his life experiences make him a good fit for the Kansas City job.

“I have gained wisdom that a book can’t teach,” he said.

Mark T. Bedell, assistant superintendent for high schools at Baltimore County Public Schools (BCPS), described a childhood in Rochester, New York, spent bouncing from home to home as the child of a 16-year-old high school dropout who was saddled with a substance abuse problem and an abusive husband.  At one point, he said, he was dropout in the second grade.

The candidates’ comments came as they took turns appearing before a public audience of approximately 200 people gathered in the recital hall at Paseo Academy of Fine and Performing Arts, 4747 Flora Ave. The candidates answered questions submitted by the audience.

Each candidate appeared for an hour and answered the same questions.

The new superintendent will replace Stephen Green, who left last year to lead the DeKalb County School District in Georgia.

This final round nearly wraps up a search process that began in July and which attracted more than 70 applicants. The KCPS board of education expects to review feedback from the public forums and make its decision this month, with the new superintendent slated to begin by July 1.

KCPS has had a revolving door of superintendents for years, and both candidates pledged that they did not view this job as a stepping stone or a short-term gig.

“I view this as a destination opportunity,” Taylor said.

And Bedell said that the fact he and his wife intend to enroll their three kids in KCPS schools is an indication of his commitment to stay and improve the district.

Taylor appeared first, and he said that:

In terms of recruiting and retaining quality teachers, both candidates said the key is collaborating with area colleges to get top-notch graduates into the district.

Taylor and Bedell also agreed on the benefit of early childhood education, with Bedell saying he would have kids start school at age 2, if it was up to him.

Both candidates also agreed that closing schools is difficult, but that it’s also necessary at times. The calculus for Bedell, he said, is: How can the savings be plowed back into the classroom?

Bedell’s answers drew frequent applause from the audience, and he was the favorite of attendees interviewed after the forum.

Princeston Grayson, who teaches gifted middle schoolers in the district, said he planned to e-mail Bedell even if he does not get the job in hopes that he would serve as a mentor. Bedell energized the audience, Grayson said.

“He had the crowd with him,” he said.

Meanwhile, Kia Turner was one of three parents comparing notes after the forum. All three said they favored Bedell.

“We are already on the bus,” she said, “and we are just waiting for the district to hand him the keys.”