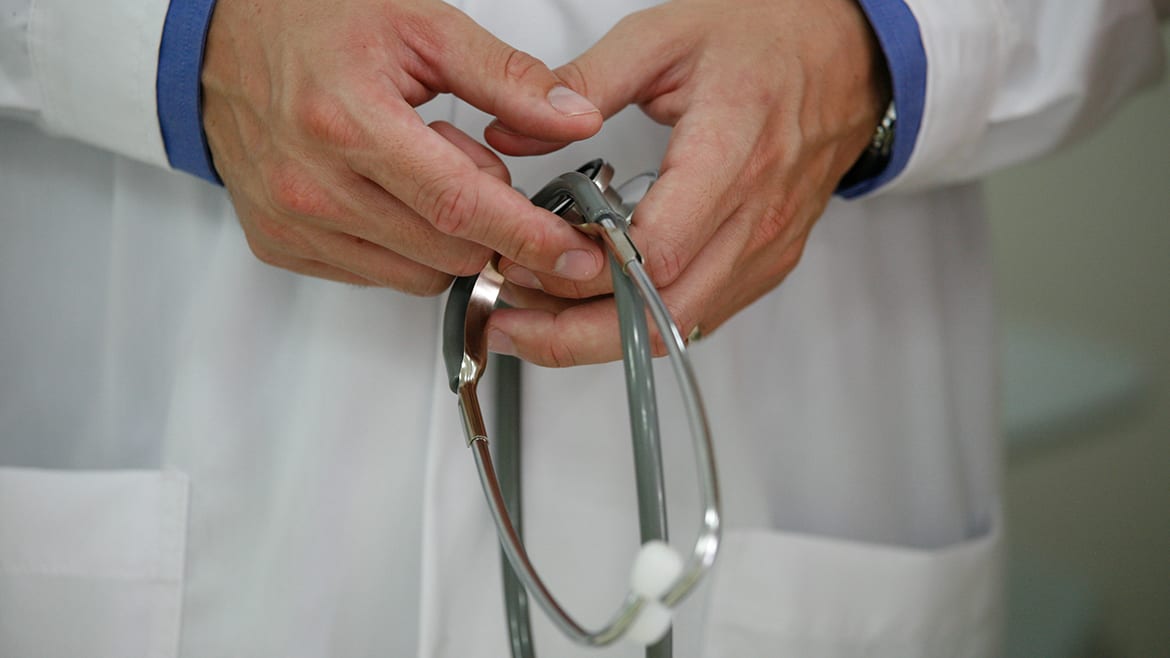 Starting this month primary care physicians in much of the country, including Kansas and Missouri, will be paid less for seeing Medicaid patients.

The expiration of a federal incentive program in the Affordable Care Act is responsible for the reduction.

Nationally, the average fee reduction is expected to be nearly 43 percent, according to a recent report from the Health Policy Center of the Urban Institute.

In Kansas, the cut in payments likely will be much less, closer to 25 percent. The change is expected to affect about 2,500 primary care physicians in the state.

In Missouri, the fee reduction is expected to be greater than the national average – nearly 45 percent.

“The reductions vary from state to state,” says Stephen Zuckerman, a co-director and senior fellow at the Urban Institute.

“Now that those incentives are going away,” he says, “the decrease won’t be as much either.”

Roughly 400,000 Kansans and 843,000 Missourians are enrolled in Medicaid or the Children’s Health Insurance Program (CHIP).

The increases were meant to encourage primary care physicians to take on more Medicaid patients — mainly children, frail elders and people with disabilities — in anticipation of more people being eligible for government-funded health care.

States that used federal funds to expand Medicaid eligibility saw big enrollment increases. Kansas and Missouri are among 16 states that so far have decided not to expand Medicaid eligibility to low-income adults, according to the Kaiser Family Foundation. The District of Columbia and 27 states have expanded their programs. Policymakers in seven states are currently considering expansion proposals.

From the outset, the federally funded increases were meant to be temporary.

“It was a two-year incentive contained in the ACA to increase participation in Medicaid by primary care physicians,” Jerry Slaughter, executive director at the Kansas Medical Society, said in an email. “It, of course, was a welcome incentive for primary care docs.”

Whether the reduction leads to fewer physicians taking on fewer Medicaid patients is unclear, he said, in part because measuring the effects of the two-year “bump” in payments has been difficult.

“Whether it actually increased participation rates significantly is unknown at this time because Kansas physicians have always participated in Medicaid in very high numbers,” Slaughter said. “The increase did flow through the Medicaid MCOs (managed care organizations) to the docs, as nearly all of Medicaid is now delivered through that structure. It’s hard to say whether the return to the old primary care rates will adversely affect participation rates, but it certainly won’t help.”

“We did see an increase in primary care physician utilization,” says Sara Belfry, a spokesperson for the Kansas Department of Health and Environment. “But we cannot determine if that was due to the enhanced payment or to the movement to KanCare — the better integration of care, prevention activities.”

In Missouri, Democratic Gov. Jay Nixon sought about $20 million to continue the higher Medicaid rates. But the Republican-controlled Legislature approved only a quarter of that amount. In the end, Nixon vetoed even that sum in a confrontation with lawmakers over tax breaks and the state budget.

The reductions are limited to primary care services and are not expected to affect specialists — surgeons, for example — or care provided in hospital emergency rooms or federally certified safety net clinics.

Dr. Michael Machen, a primary care physician at Bluestem Medical Clinic in Quinter for the past 29 years, says he doubts the reductions will cause his clinic to take on fewer Medicaid patients.

“For those of us in rural America, it’s not going to affect us much,” Machen says. “We’ll continue to see Medicaid patients; we’ll just get paid less.”

“It’s not like we look in their wallets and say, ‘Oh, you’re on Medicaid. You’ll have to go somewhere else,’” he says. “We haven’t done that — and we wouldn’t do that — because we know these people have nowhere else to go.”

Medicaid patients, he says, account for about 10 percent of the clinic’s caseload.

Another Bluestem Medical Clinic physician, Dr. Doug Gruenbacher, is president of the Kansas Academy of Family Physicians. He says clinics in the state’s urban areas are unlikely to follow the rural clinic’s lead.

“If you’re in one of the big urban areas where there’s more than one place for people to go — like one of the safety net clinics or the emergency room — you’re a lot more likely to limit your practice to, say, 5 percent Medicaid or 10 percent, or 15 percent, or whatever,” Gruenbacher says.

Though the Kansas rate reductions will not be as deep as those in other states, they still will have an impact, he says.

“Twenty-five percent is significant,” Gruenbacher says. “It will affect your bottom line.”

Fifteen states — not including Kansas and Missouri — have agreed to sustain rate increases using state funds, according to the report.

“They continue to be in this dilemma of seeing a legitimate need for medical care and wanting to meet that need, and then finding themselves in an economic construct that, for them, isn’t sustainable,” he says. “It makes for some very challenging and very frustrating decisions when it comes to continuing to participate in the program.”

The medical society, Rosell says, would like Kansas to join the list of states that have chosen to preserve the increases.

“Enhancing the payments, two years ago, was a strategic and very appropriate thing to do,” he says. “If there was any way to maintain that, it would definitely help.”