Tech leaders from across the country gather in KC during speech 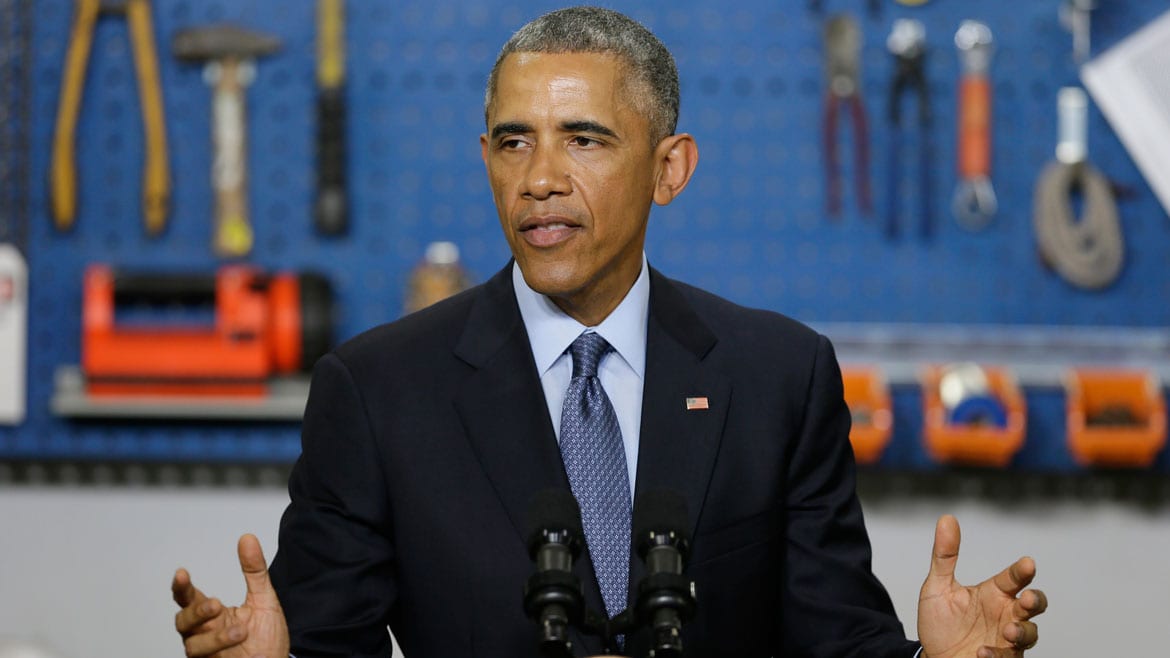 When President Obama visited Cedar Falls, Iowa, yesterday to talk about the potential benefits of local communities building their own broadband networks, community and tech leaders from around the country were already gathered at the Gigabit City Summit here in Kansas City to discuss the exact same issues.

In Cedar Falls, residents can get gigabit-speed internet as a utility, just like electricity, gas or water. In his speech, the president stressed the idea that all Americans should have access to very fast internet. That was also a recurring theme arising from discussions here in Kansas City.

The Gigabit City Summit schedule for the afternoon was rearranged so everyone could gather to watch a live-stream of the president’s speech. The energy in the room was high, with people cheering and applauding as the president spoke.

Deb Socia is the executive director of Next Century Cities, a nonprofit that provides support to cities that either already have or want high-speed internet available to everyone in the community. President Obama specifically mentioned her organization as one that’s doing a good job on addressing these issues. That came as a surprise to Socia.

“I had no idea he was going to mention our name,” she said. “I’m really thrilled.”

The three-day summit focused mainly on how to build the proverbial “gigabit city,” or a city that fully utilizes super-fast internet. The issue of making sure everyone, including low-income and rural communities, has access to the internet was a major theme. 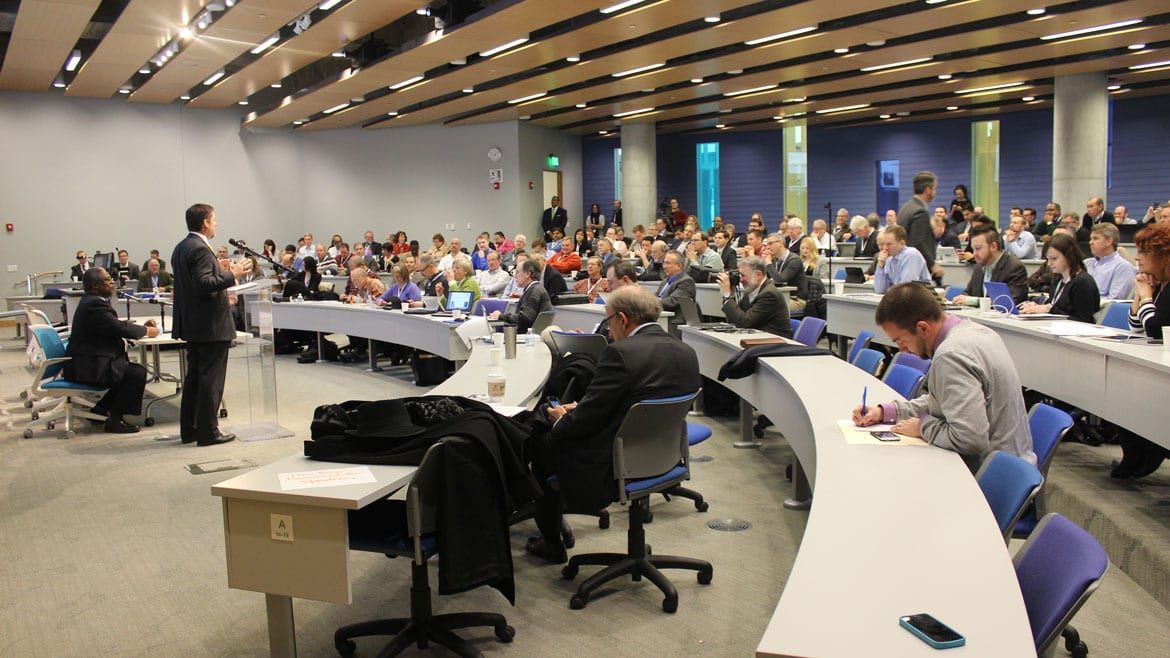 “For us, it really matters that we have local choice and that we figure out how to take care of the cities and communities that are unconnected,” Socia said.

When the president also addressed the issue of access, he said right now, 98 percent of Americans have access to the most basic levels of broadband, but there are still 45 million people in this country who don’t even have the option of purchasing what he called “next-generation” broadband, or speeds six to seven times faster than a basic broadband connection. Many of those people, he said, live in rural areas.

Obama said he thinks increased access to high-speed broadband will “unleash a tornado of innovation.” He said although we may not know exactly how we will use next-generation broadband, it will still be beneficial.

“You may not know all the applications right away, but that’s the spirit of America, imagining what will come next,” he said.

Obama said fostering competition among companies that provide broadband service will result in better service in more places. But he also encouraged communities that want to provide their own high-speed internet service to do so, following the examples of Cedar Rapids and Chattanooga, Tennessee.

Right now, there are 19 states that have regulations restricting that kind of community broadband, and the president called for those laws to end.

“I believe that a community has the right to make its own choice and to provide its own broadband if it wants to,” he said.

Meanwhile, Socia said she’s just happy that the issues her organization works to fix have received some national attention.

“When the president of the United States is talking about your issues that are important to local communities, it’s good news,” she said. “Any time we are talking about things that change the barriers, I’m a happy camper. This is the most excited I’ve been about this conversation in a while.”