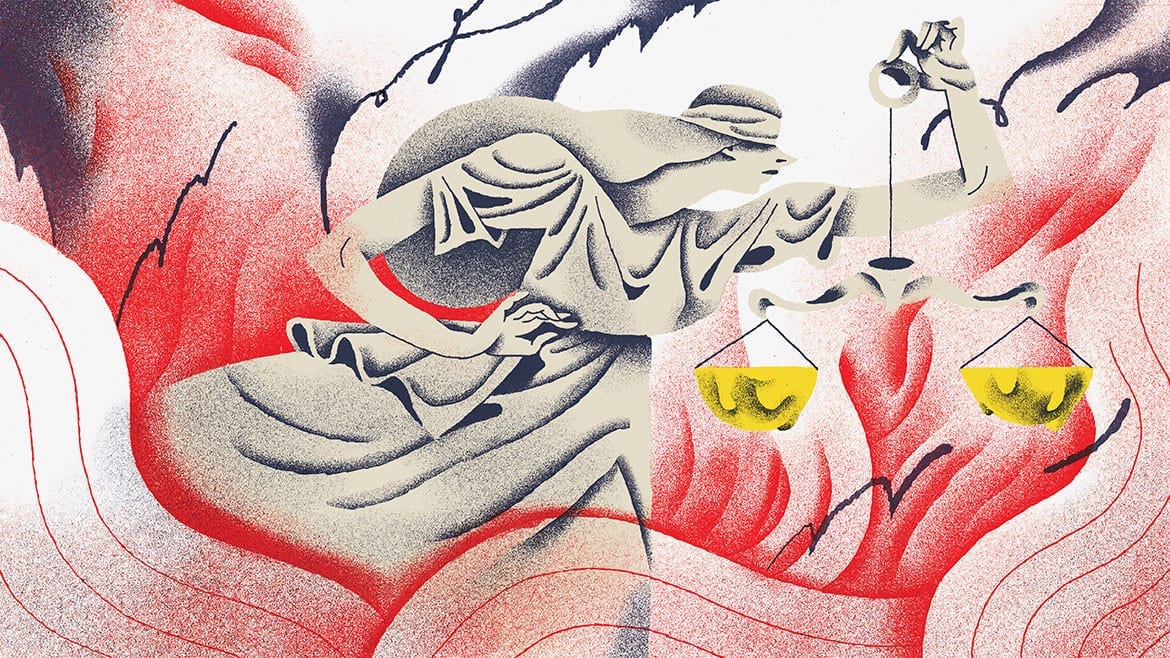 EDITOR’S NOTE: This first-person account of one journalist’s attempts to shed light on potential problems in the U.S. justice system is part of a larger effort by KCPT and The Center for Investigative Reporting (CIR) to explore the meaning of justice in the context of the 1988 explosion in south Kansas City that killed six Kansas City firefighters. The effort, called StoryWorks KC, includes a stage production about the case, based in part on reporting in The Kansas City Star. Find more information on the production and on how to share your memories of the explosion and subsequent court cases at the bottom of this page.

This commentary is in two parts. Find Part I on Flatland.

The Kansas City Star’s articles about witnesses saying they had been coerced prior to the 1997 federal trial in the firefighters’ case apparently touched a nerve. In 2008, the U.S. Attorney responded by asking for an independent review of those claims.

Investigators for the U.S. Department of Justice — the same department that indicted the five defendants who were now serving life sentences — looked into those claims for more than two years.

In July 2011, the government released a two-page summary of its findings. (It has steadfastly refused to release an un-redacted version of the entire 20-page report on which the summary is based.) That summary said their investigators in the original investigation acted properly and there was no “credible evidence” to support claims of coercion.

The summary did not say how many of the people claiming coercion were interviewed by investigators. But it did say that, of the five trial witnesses quoted in The Star’s stories as claiming they were coerced to lie, only two agreed to talk to the investigators and, “both stated that their trial testimony was truthful.”

The summary gave the newspaper credit for one thing, though. It said some evidence was never turned over to defense attorneys as it should have been. But ho harm no foul, they concluded, because it wouldn’t have helped the defendants anyway.

In the final section of the summary, almost as an afterthought, the report said investigators also found “several newly-developed pieces of information, not previously known to the prosecution,” suggesting that other persons “may have been involved in the arsons.”

But, the report added, the five people convicted of the crime remain guilty. In other words, they all acted together. The five sent to prison and now two others, who remain unnamed, were all involved.

Now there were seven culprits, not five — an unwieldy conspiracy at best. And two of them remained free.

I have tried numerous times to ask the U.S. Attorney’s office here whether these new suspects have been or ever will be investigated. And I’m itching to know why the government believes the four remaining defendants serving life in prison (one has since died) wouldn’t have pointed the finger at their alleged co-conspirators by now, whoever they are.

But the government won’t discuss it.

As for coercion, it can take many forms. And the federal government will readily acknowledge that it is perfectly acceptable, even routine, to give witnesses an incentive to testify — one witness in the case got a 25-year sentence reduction — or to threaten them with jail time if they refuse to testify.

It’s all legal, as long as all those deals are revealed to the defense attorneys.

All that said, one federal judge skewered the government’s tactics in the matter of one Alan Bethard, a potential witness in the firefighters’ case.

Bethard had denied to investigators that he ever heard any of the defendants admit to the crime and he offered to take a lie detector test to prove it. He said investigators even offered him the entire $50,000 reward.

But he refused to lie, he said, and that’s when the federal government followed through on a threat, apparently meant to either punish Bethard or get him to change his story.

Jackson County prosecutors had charged Bethard with car theft and his case was pending in state court. But the case was transferred to federal court, where penalties are harsher. Assistant U.S. Attorney Paul Becker — the same lawyer prosecuting the firefighters’ case — also prosecuted Bethard.

A lawyer for Bethard compared the tactic to extortion and the judge in the case all but agreed.

Then the judge asked Becker a question that he never allowed the prosecutor to answer. Perhaps Judge Wright knew that nearly half of all wrongful convictions are the result of just the kind of testimony that the government was trying to force Bethard to give.

His question was this: “Did it ever occur to you,” Judge Wright asked, “that your witness might be the one that’s lying?”

Truth, As a Concept

Journalists and the courts have a complicated relationship. Journalists often invoke the First Amendment to argue that the courts — or any government body — should have little or no say in what they do or how they do it.

And the courts — prosecutors and judges primarily — don’t put much stock in journalists questioning how the courts handle their business. The law developed over centuries. The courts have rules and precedents and balances. And therefrom comes the truth.

Journalism that questions whether the system is flawed has no quarter. Its methods don’t meet judicial standards. It can, and often does, misconstrue what prosecutors do, making their actions appear improper when — legally at least — often they are not.

Indeed, the late Judge Joseph Stevens, who presided over the firefighters’ case, expressed that sentiment quite clearly during the 1997 trial.

Defense attorneys were questioning ATF agent Dave True about his earlier theory that the arsons at the nonunion construction site were the work of someone loyal to organized labor.

True had been quoted in The Star as having said that. He suggested in court that the reporter had taken his comment out of context, but acknowledged he never complained about it to the newspaper.

Judge Stevens interrupted an attorney who was arguing that the article was “correct.”

Stephens asked if he meant “totally correct,” then added: “I have never seen a Kansas City Star article that was totally correct…”

Was he saying by implication that the opposite is true of the criminal justice system? That it is always “totally correct?”

Whatever the flaws in America’s legal system, there’s no question but that it’s constantly evolving. A U.S. Supreme Court decision has forced open a door — ever so slightly — that may give one of the four remaining defendants another bite at the apple.

Bryan Sheppard was the only one of the five who was a minor at the time of the crime. And because he was 17, he’s affected by a case called Miller v. Alabama. The court ruled that recent brain science had confirmed that 17-year-old brains can’t always make rational decisions and they can easily be misled by older co-defendants.

And if a 17-year-old was sentenced under “mandatory” sentencing guidelines, as Sheppard was, they should get a chance to argue just that at a re-sentencing hearing.

State courts around the country have not exactly embraced the decision. And you can’t blame them. “Miller cases” have been popping up all over the place — there are about 2,500 — costing taxpayers’ money as one-time juvenile offenders grasp at a chance for a shorter sentence.

Louisiana is in court now arguing that Miller should not be retroactive — that it should only apply to future cases.

Bryan Sheppard’s is one of a relatively few federal Miller cases. He has won the right to a re-sentencing hearing, but it’s on hold because of the Louisiana case.

In preparation for his hearing, Sheppard’s current attorney, Cyndy Short, asked for a full, unredacted copy of the Justice Department’s 2011 report and the names of the two additional suspects it identified. She argued that the findings could bolster Sheppard’s argument for a shorter sentence. Maybe time served. Maybe another 10 years. Maybe life.

She hasn’t gotten it yet and may never get it.

Exactly what Short will argue at Sheppard’s hearing when it occurs is not clear. But it is clear that the government will be arguing that none of the new evidence should have any place in his re-sentencing hearing.

Arguments of innocence, or trial error, or new suspects, or misconduct by investigators or coercion of witnesses, the government argues, has no place in such a hearing.

Unless he retires first, any re-sentencing hearing in Sheppard’s case will be presided over by U.S. District Judge Fernando Gaitan, a George H.W. Bush nominee who’s been on the bench since 1991.

As for the 2011 report Short is seeking, Gaitan has already ruled that, “Sheppard will be free at sentencing to address what he believes his level of participation in the crime to have been, but he is not entitled to ‘see, study and investigate’ an internal DOJ (Department of Justice) memorandum addressing whether other individuals might have been involved in the crime or what role they may have played.”

Just how far Gaitan will allow Short to take her arguments on Sheppard’s behalf remains to be seen. Based on his ruling, however, the odds of even a partial recounting of the new evidence in open court aren’t good.

I am sorry that all this has forced some family members of the firefighters who died that morning to relive their pain. It’s unfortunate that some of the investigators and prosecutors in the case see all this as nothing more than a few errant details in an otherwise successful prosecution. I would probably feel the same way in their shoes. And it’s too bad that this nation’s system of justice is so resistant — at least after the fact — to questioning its own conclusions.

But, as Leo Halloran, the brother of one of the firefighters who was killed, has said, a reopening of the case is “the only way to clear all this up.”

TIMELINE: Follow the events through the years with this interactive timeline

For tickets to the StoryWorks KC performances, click here.

KCPT, The Center for Investigative Reporting (CIR) and Kansas City’s The Living Room Theatre present StoryWorks KC, a project that will explore, and bring to the stage, the story of the 1988 explosion in south Kansas City that caused the tragic deaths of six Kansas City firefighters. The StoryWorks KC production is inspired by the Kansas City Star reporting of Pulitzer-prize winning journalist Mike McGraw, who has been writing about the case since 2007. Join StoryWorks KC, February 5-20, 2016 for a community airing and theatrical exploration of the issues — local and universal, touching on justice, equality and belief — that arise from this tragic Kansas City story. Visit KCPT.org for more information on local events and programming.

To be a part of the conversation, fill out KCPT’s request for community input with the Public Insight Network regarding the explosion and subsequent trial:
Remembering 1988 explosion that killed 6 KC firefighters