'God created each of us with a specific purpose.’

According to the Pew Research Center, Islam is the fastest-growing religion in the world, and Muslims currently make up just less than 1 percent of the total U.S. population. Pew projects the numbers of Muslims in America to grow to 2.1 percent of the population by the year 2050. What these findings suggest is that Islam, like all religious traditions, is not an ethnicity, race, or Facebook status — but is a very personal choice. Humaira Mirza is profiled and photographed here as part of a week-long series on being Muslim, from KCPT and the Beyond Belief project.

When you first meet 34-year-old Humaira Mirza, it’s easy to be reminded of the story about the tortoise and the hare. It’s the story of a race between unequals and teaches us something about the power that patience can have in turning a practical disadvantage into a spiritual strength.

Most of us are too cynical to believe that slowing down can be the fastest way to reaching our goals. But Mirza looks like the kind of overachiever, the kind of woman you meet at a friend’s dinner party and wonder, “How does she do so much, so calmly and so well?”

Indeed. When does Humaira Mirza have the time to take care of three young sons, maintain the role of the quintessential host who throws fabulous Muslim holiday celebrations, and still manage to run a law practice helping battered women in the Kansas City region?

Not only does Mirza do all that, but she also seems able to maintain a calm and measured flow of energy reminiscent of an enlightened master.

But Mirza insists she is no saint. She is just a Muslim woman who takes her religious values very seriously.

REACTION TO BRUSSELS: On Tuesday, Flatland recorded an interview with Mirza for KCUR’s Central Standard, and in light of the recent events in Brussels, asked her to describe her mindset as a Muslim when she hears of terrorist activities around the globe. Here is what she had to say:

“God created each of us with a specific purpose and I see helping victims of domestic abuse as my calling,” says Mirza. “Islam places a lot of emphasis on community and charity, and so do I.”

“I commend women who can stay home,” she says, “but I found that I was more disorganized and less productive being home. I was able to accomplish more when I was working.”

Born in Karachi, Pakistan with her mother as the breadwinner, Mirza admits that she did not exactly have a conventional family dynamic growing up.

“My parents did not have the best relationship,” she says. “My childhood was a bit rough. But my struggles taught me to have empathy and understanding towards people.”

Her parents placed a strong emphasis on education and Mirza was determined to excel.

In Karachi, her eighth grade teacher advised her against pursuing placement in a British academic system because her English was not considered good enough.

“But I was determined to take the exam anyway, and I passed with the highest percentile grade,” Mirza says. “Now I am an attorney and language is my thing. Never listen to a teacher who discourages you.”

Six months after graduating with a degree in psychology, Mirza turned her attention towards law. After moving to the States to be with her husband, with whom she had been having a long-distance courtship for more than four years, Mirza started school at the University of Missouri Kansas City School of Law. 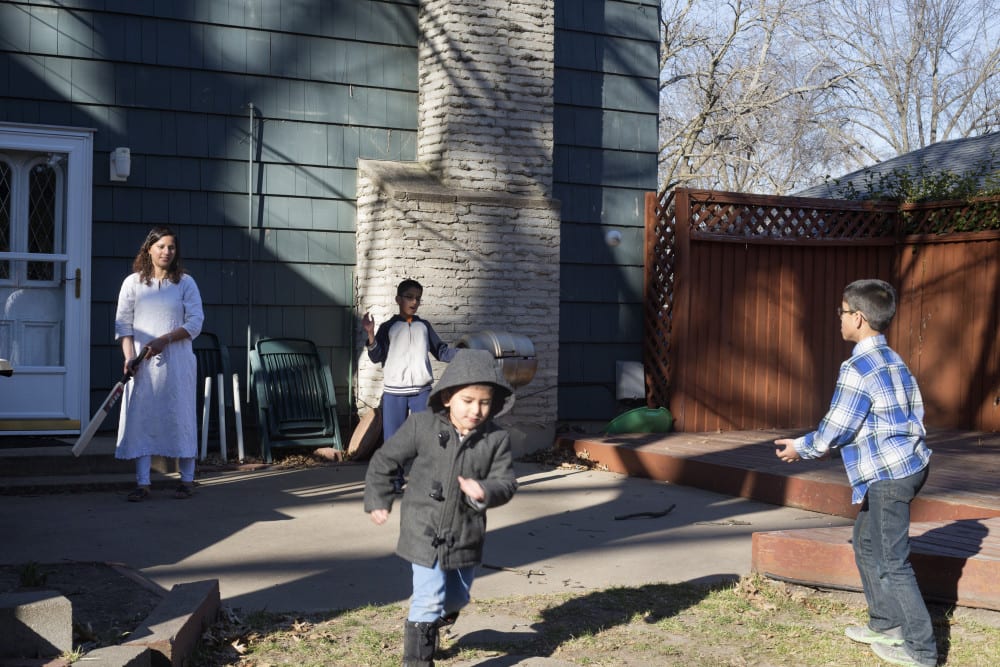 “Islam places a lot of emphasis on community and charity, and so do I.”

Eventually Mirza started her own practice, which now specializes in domestic abuse cases, and she has been volunteering her time and expertise in helping women find shelter from abusive spouses.

More than just helping women on a case-by-case basis, Mirza’s plan has always been to start a program for domestic abuse victims.

“I wanted to create an outreach program in the mosque where we could educate people on what domestic abuse is, why it is not OK, and let women know that there are facilities available for them,” she says.

Mirza believes that there is a general lack of understanding about what constitutes domestic abuse, and is especially interested in educating the community about the psychology of a domestic abuse victim.

“People do not understand that abuse victims really do feel trapped, and asking why they just don’t leave shows a lack of understanding,” she says.

Mirza has conducted presentations for the Johnson County Women’s Committee at the Islamic Center of Johnson County, and she says she would like to do more to educate the community.

“Domestic abuse crosses all boundaries,” she says. “It exists in every ethnicity, religion, and across every socio-economic status.”

Mirza’s most recent endeavor is a collaboration to set up a nonprofit to build a women’s shelter that will be open to all women, irrespective of religious affiliation. She is sending proposals to the the Islamic center and to Islamic Circle of North America, and is in the very early stages of a grant proposal.

In the meantime, Mirza has set up a temporary shelter to handle the overflow of women from currently existing shelters. She says she solicited donations from the local Muslim community.

“I was amazed that within less than a week I was able to secure enough funds to pay for one year’s worth of rent and utilities,” she says. “The community has been very supportive financially. … A lot of people do not know what domestic violence is. The majority of my effort will be educating the community.”

With numerous financial and legal obstacles to overcome to get a 24-hour secure shelter up to code and achieve nonprofit status for her project, Mirza still has a long way to go.

But, again, Mirza approaches her goals the same way that she seems to approach everything, with patience and understanding, and the knowledge that slow-but-steady will always win the race.