According to the Pew Research Center, Islam is the fastest-growing religion in the world, and Muslims currently make up just less than 1 percent of the total U.S. population. Pew projects the numbers of Muslims in America to grow to 2.1 percent of the population by the year 2050. What these findings suggest is that Islam, like all religious traditions, is not an ethnicity, race, or Facebook status — but is a very personal choice. Brett Cooper is profiled and photographed here as part of a week-long series on being Muslim, from KCPT and the Beyond Belief project.

Boyishly good looking and studying secondary education at the University of Kansas, Brett Cooper says he wishes he had a more interesting story of his religious conversion.

But the fact is, he simply studied his way into Islam. While he says he was not disenchanted or unhappy with his religious upbringing, he just wanted an opportunity to make up his own mind.

Cooper’s initiation into the Muslim community began when he entered Johnson County Community College. He began with a small library of religious texts that included the ancient sixth century classic Tao Te Ching and the Book of Mormon.

But what struck him most about the Quran, Islam’s holy book, were the similarities between the Christian narrative regarding Jesus and the Muslim account. 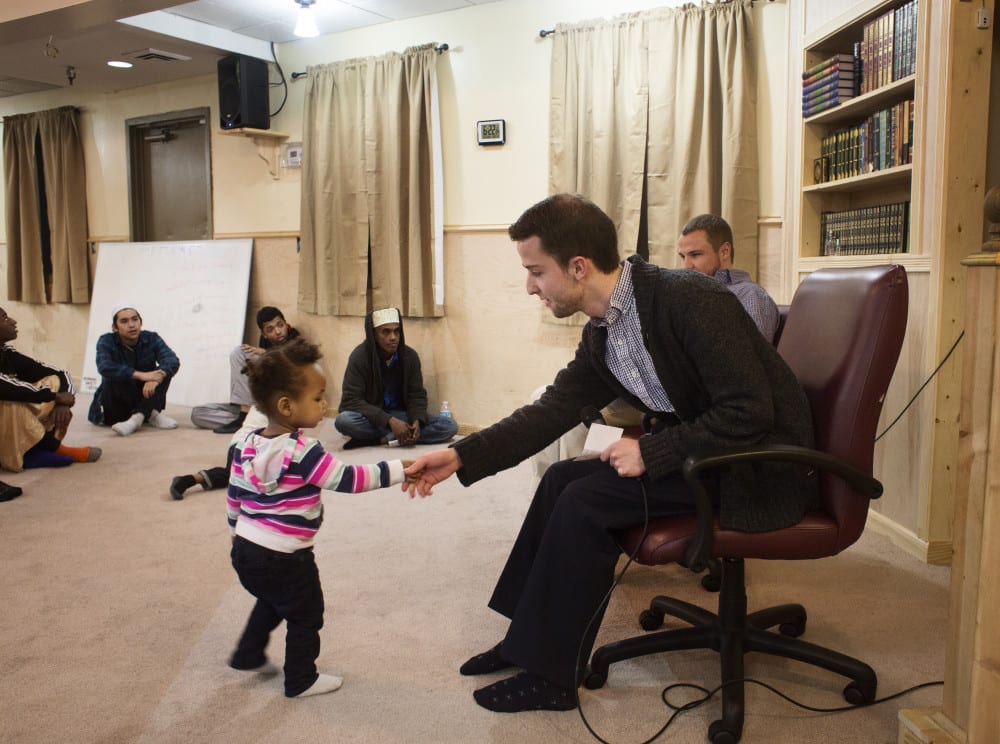 Over time, Cooper says he felt himself more and more drawn to the rich tradition of scholarship in Islam and the universal applicability of many of its ideals.

“Don’t tell me about morality,” he says. “Tell me about the truth. It did not matter whether I liked it or not, as long as it was true.”

Cooper says his parents, who were at first ambivalent, are now supportive of their son’s decision to be an observant Muslim. In deference to their wishes Cooper did not change his name, as some converts voluntarily do.

Eventually, Cooper transferred to KU and took it upon himself to help revitalize the Muslim Student Association. He is now the acting president of the MSA.

In addition to his role as MSA president, Cooper also makes time to be a youth leader at one of Johnson County’s local mosques. He does not believe in giving out copies of the Quran or proselytizing as a way of dispelling the growing misconceptions surrounding Islam. Instead, Cooper says he believes in the power of positive interactions and a sincere smile. His objective is not to reduce himself to a singular identity but to demonstrate through engagement that he is a Muslim, and also a KU student.

Cooper believes that Kansas City is one of the best places for converts to thrive.

“I feel that American Muslims have so much power to practice Islam without all the cultural ambiguities,” he says. His friends describe him as being fun and yet very intense and dedicated.

“I didn’t want to be an ignorant convert,” he says.

Far from being ignorant, the 22-year-old Cooper gets regular invitations to present the Friday sermons to packed congregations at various mosques in the Kansas City region.

With each one, he says he tries to make his sermons relevant to today’s issues, and celebrates the fact that Islam is a vast tradition with many varying opinions.

Tags: Beyond Belief • interfaith • Islam • Muslim • muslim like me • religion