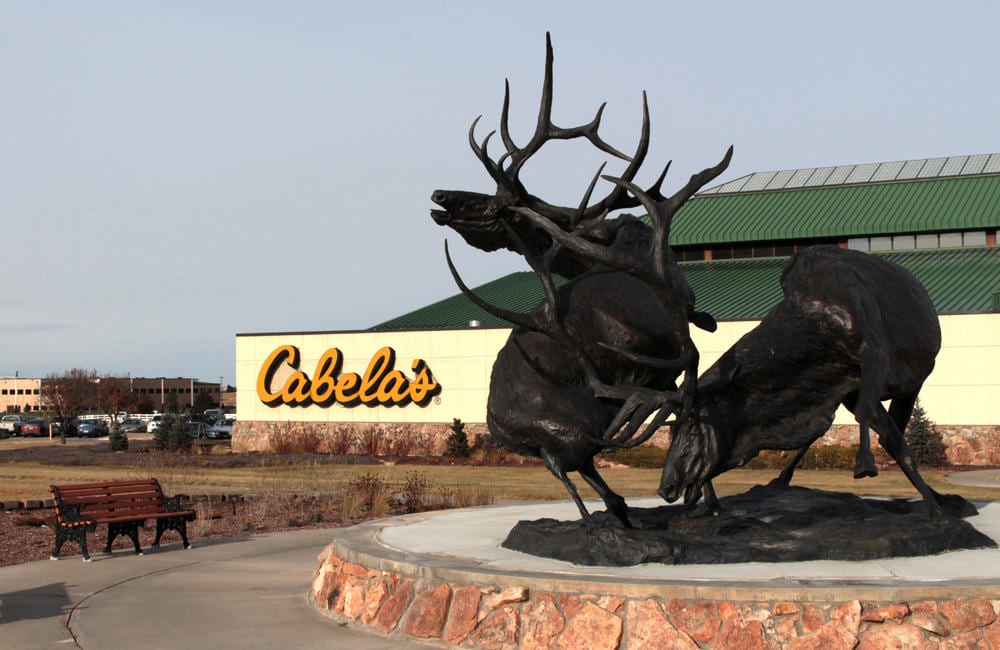 The corporate headquarters of Cabela's has for decades been located in Sidney, Nebraska. (Grant Gerlock | Harvest Public Media)
Share this story

Cabela’s is known for big stores filled with museum-grade taxidermy and shelves piled with hunting and fishing gear. The Cabela’s store in Sidney, Nebraska, sits along Interstate 80 with a giant bull-elk sculpture facing the freeway. Next door is the sprawling company headquarters, complete with a forest-green Cabela’s water tower.

The “World’s Foremost Outfitter,” as its slogan goes, has called Sidney home for nearly 50 years. Sidney is such a Cabela’s town that the fire hydrants are Cabela’s green and yellow. But now the homegrown company, which notched $4 billion in revenues last year, plans to become part of Missouri-based hunting-fishing outfitter Bass Pro Shops as part of a $5.5 billion merger announced in October.

That leaves the residents of Sidney, a city of 6,800 in western Nebraska, wondering how many people, out of around 2,000 who work at Cabela’s, will stick around. And it leaves another rural town scrambling to stay viable.

“We’re all worried. You’d be a little naïve not to be,” says Joey Gorman, co-owner of Sidney’s Dude’s Steakhouse, named for his grandfather who started the restaurant.

Dude’s is west of downtown on Highway 30, in a building noted for the cutout of a cow on the roof. Inside, the walls are covered with paintings of cattle and cowboys. After all, this is ranch country. The steakhouse has been around since 1952, but it’s Cabela’s that keep it going.

“Cabela’s has the biggest influence on our business. They always have,” Gorman says. “We’re proud to serve the Cabela’s family and the workers, all the way from the top-six to the warehouse workers.” 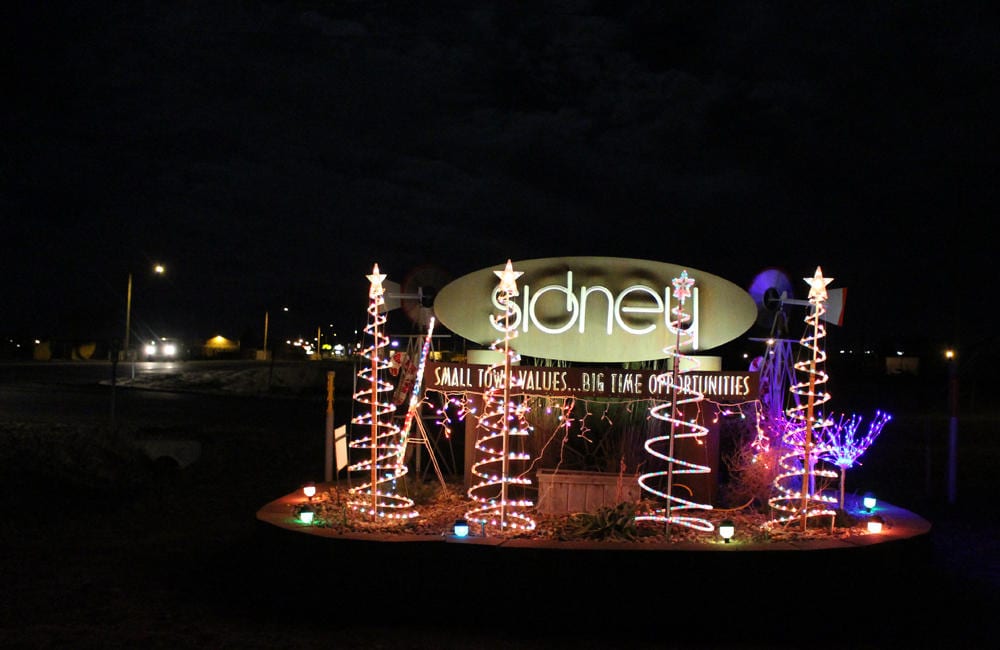 A sign on U.S. Highway 30 greets visitors to Sidney with the slogan, 'Small town values...big time opportunities.' (Grant Gerlock | Harvest Public Media)
Gorman is waiting to hear what comes next. Bass Pro says it wants to continue the Cabela’s brand and keep workers in Sidney, but neither company has given more information beyond initial statements vaguely pledging to continue work. There probably won’t be more news until after the merger is complete, which is scheduled for next year.

“We just hope everyone can hold on until we get a good answer and everybody can breathe a little, that the buildings are filled up and the next company would like to stay around and hopefully give us a chance, too,” Gorman says.

Other towns have faced similar economic turbulence. Maytag, the appliance maker, left Newton, Iowa, in 2007. Hewlett-Packard stopped building computers in Greeley, Colorado, in 2000. Those communities have adapted, even if they haven’t fully recovered. Newton makes blades for wind turbines now. The HP site is being redeveloped as a retail center.

Now, Sidney is at a crossroads, and it’s not only because of the Cabela’s merger. TE Connectivity, a company that makes wire and cable for electronics recently left town. So did Commercial Resins, which makes coatings for oil and gas pipelines.

Lori Rowan Peetz, co-owner of The Coffee Corner, is experiencing the changes firsthand. She bought into the downtown coffee shop when she lost her job at Cabela’s, ending a 24-year career that started in high school.

“I was let go from Cabela’s in January and I decided my career there was probably over and decided I might as well try something new,” Peetz says. 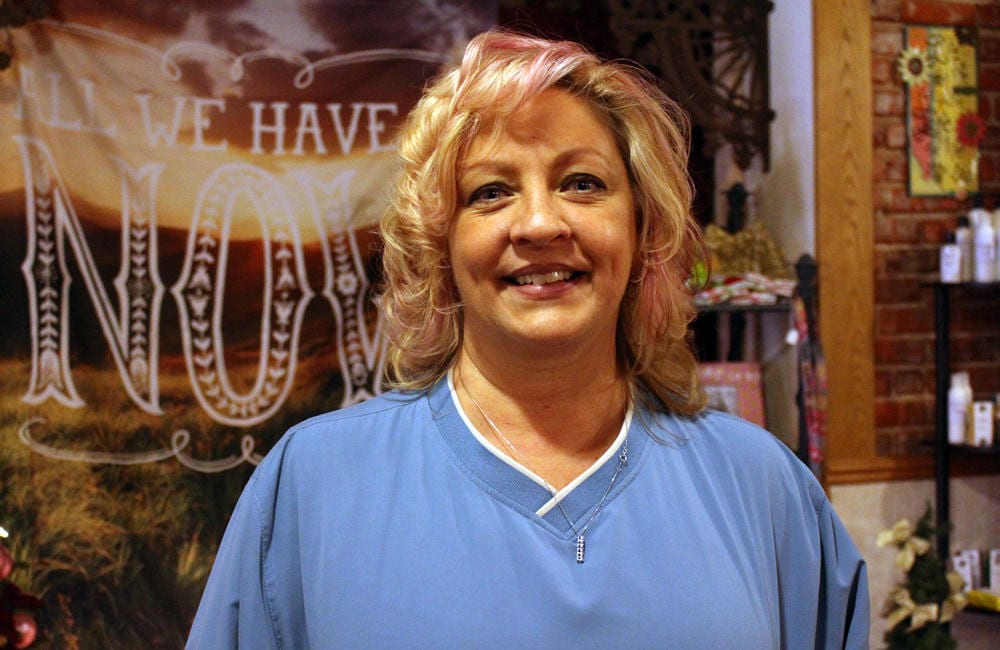 Now she owns the kind of small business that will rise or fall on what happens next in Sidney. Lately, Peetz says there seem to be fewer customers downtown.

“You know, they’re all scared to let go of their money at all, so things have slowed down,” Peetz says.

Sidney has come through this kind of crossroads before. When the Sioux Army Depot, a U.S. Army ammunition and supply center, closed in 1967 around 2,000 jobs went with it.

The small city has never matched its peak population of 8,000 in 1960, but has rebuilt while many rural towns struggle.

Now, Sidney needs to keep employment up to help new investments pay off. There’s a new hospital, a new high school, and a new housing development that, so far, is only streets and sidewalks.

“I think we’re very confident that Bass Pro is going to do what they said they’re going to do and there’s going to be a very significant number of jobs still here in Sidney,” Nienheuser says. “But we’re going to look to find new businesses to recruit to town so we can continue to grow in that way.” 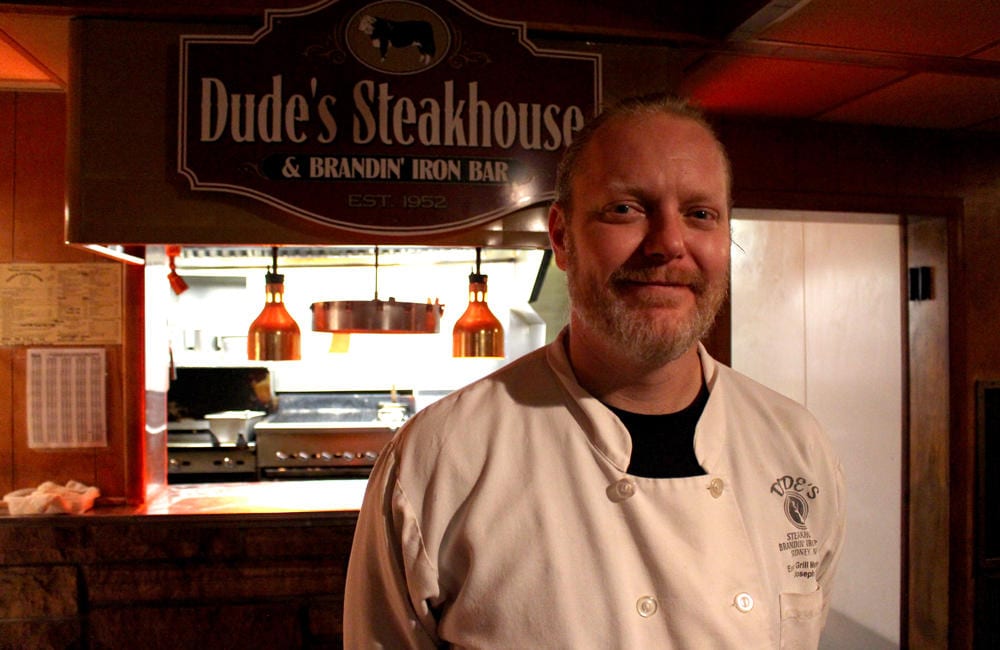 Nienheuser hopes more companies locate in Sidney, like Bell Lumber and Pole. Bell Lumber opened a treatment facility in an industrial park outside of town in 2015. The 40-acre site is scattered with piles of fir, cedar, pine, and larch logs piled up like Lincoln Logs. The raw poles will be weatherized in a pressurized chamber and shipped by truck and rail across the country.

“We currently have 41 employees,” says plant manager Mark O’Dell. “Most of them do live out of Sidney. The farthest our employees drive would be from Kimball, 16 miles to the west.”

Bell Lumber is not like Cabela’s. It’s small by comparison, and blue collar. But it shows Sidney has assets, starting with its location.

The Union Pacific and Burlington Northern railroads crisscross at Sidney. It’s also where I-80 crosses U.S. Highway 385, which runs from Canada to Mexico. With or without Cabela’s, at least those routes give Sidney a path forward.