A monthslong investigation into Donald Trump’s aborted 1999 attempt to buy a Kansas City casino sits somewhere in the bowels of the Missouri State Gaming Commission in Jefferson City.

But the public can’t see it.

State officials estimate the size of the file at more than a thousand pages.

Since January of this year, the Associated Press, the Financial Times, Yahoo and other news organizations have asked for copies. So has Flatland and one private citizen.

Oh, and the Democratic National Committee has been sniffing around for a copy, too.

But neither the politicians, nor the reporters nipping at Trump’s heels, nor the public will ever see what the state found out about the GOP presidential hopeful 17 years ago when it was trying to determine whether he qualified for a Missouri gaming license.

Even though the investigation is long closed, the files are protected from public scrutiny under Missouri law because Trump’s company withdrew its license application on Nov. 17, 1999, eight months after applying.

Trump needed a Missouri license at the time because he had made a low-ball bid to buy the troubled Hilton Flamingo Casino in Kansas City (now the Isle of Capri, whose St. Louis-based parent company recently announced that it had agreed to sell to a Nevada firm).

The files will remain closed because the state never took any formal action on Trump’s license application, said Edward J. Grewach, general counsel for the Missouri Gaming Commission. Trump’s Missouri spokesperson did not respond to questions. 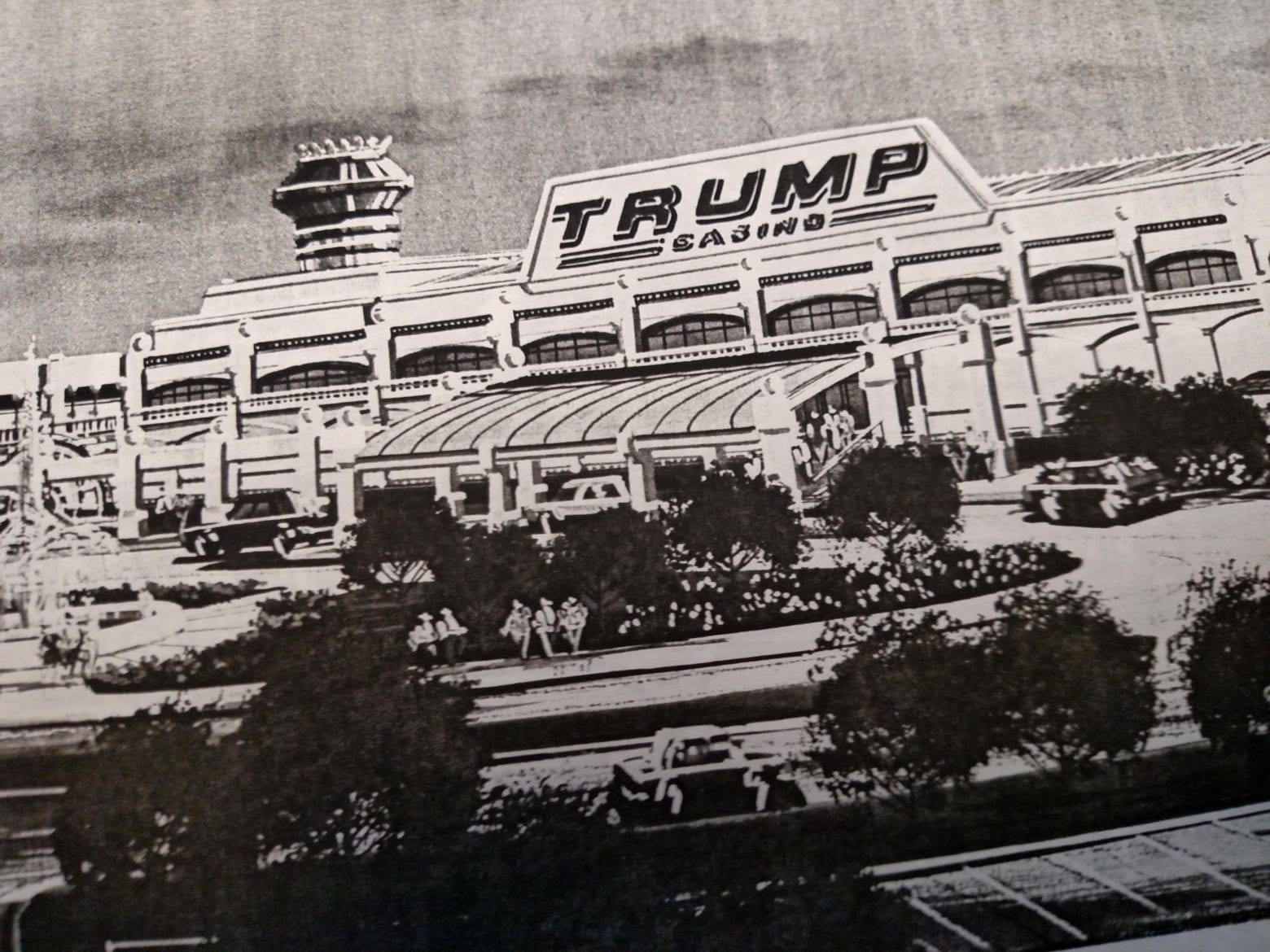 From the late 1980s and well into the ’90s, Trump cobbled together a vast casino empire centered in Atlantic City, New Jersey.

According to financial filings at the time, the company capitalized on “the widespread recognition of the Trump name and its association with high quality amenities and first class service.” The strategy was to outperform other casinos by attracting high rollers.

Reporters around the country have been digging into Trump’s gambling operations for months.

The Missouri records would help complete a picture of Trump’s foray into the gaming industry, which — according to investigations then and now — was financed in part by high-interest junk bonds, an illegal loan and deceptive accounting.

According to recent press reports, Trump’s gambling ventures in Atlantic City and across the country ended with a million dollars in fines from government regulators, bankruptcies, unpaid contractors and laid-off employees. Those problems apparently did little damage to Trump’s image — at least at the time.

But now they’ve become part of Hillary Clinton’s attack strategy. At a Clinton rally in July in Atlantic City Clinton appeared with an official of Atlantic Plate Glass who said he had lost hundreds of thousands of dollars in the 1990s on work Trump failed to pay him for at Trump’s Taj Mahal casino there.

By January 1999, when Trump offered $15 million for the garish and scandal-laden Hilton Flamingo Casino at 1800 E. Front St., under the south end of what is now Kansas City’s Bond Bridge, Trump’s gaming empire was spinning apart.

It was around that time that federal financial regulators charged his company with deceptive accounting practices that “recklessly” misled shareholders.

And in the midst of it all, Trump was flirting with a presidential run as a pro-choice Reform Party candidate.

But while Trump’s timing in applying for a Missouri gaming license was poor at best, his timing for making an offer for the Hilton casino here was prescient. It was a fire sale.

Hilton — mired at the time in a bribery scandal — wanted out of town, pronto. It was ready to accept Trump’s $15 million offer for the Flamingo, which had cost $100 million to build just a few years earlier.

Hilton was facing a double-barreled criminal investigation into whether it had bribed Kansas City Port Authority Chairman Elbert Anderson in exchange for his support to build the boat on city-owned land along the Missouri River.

Anderson eventually helped the feds in their bribery investigation of Hilton, which ended up surrendering its state gaming license and buying its way out of a federal criminal prosecution by paying $650,000 in fines.

But that didn’t keep Anderson out of prison. In March of 1999, he was sentenced to two years for bribing local elected officials to steer business to his public relations firm.

It was just a few weeks earlier that Trump rode into town with an offer to take the Flamingo off Hilton’s hands.

By then, Trump executives had already applied for a Missouri state gaming license; a thumbs down from the state would have killed the deal.

At first, the feeling among the commissioners appeared mutual.

“We’re very anxious to have you and very excited about your operation,” commissioner Julian Seeherman was quoted as saying at the time.

But by the time the state background investigation began, in the early spring of 1999, Trump had repeatedly frustrated gambling regulators in other states, according to recent reports in USA Today and The New York Times.

He had allegedly backed out of commitments to casino authorities in New Jersey and Indiana, and his Atlantic City casinos would later file for bankruptcy.

While the Missouri investigation remains secret, a review of thousands of pages of state gaming commission meeting minutes in 1999 and 2000 shows Missouri officials were also growing impatient with Trump.

During a March 24, 1999, meeting, gaming commission Executive Director Mel Fisher told the commissioners that the Trump investigation had bogged down because of Trump’s failure to submit information the staff had requested.

At another commission meeting three months later, commission Chairman L.G. Ullery noted that Trump had offered to revamp the Flamingo. In an apparent reference to Trump’s cash flow problems, he added, “It was very fancy and a several million dollar upgrade. I suppose he’ll have to borrow that money, too.”

In the end, Hilton Flamingo Casino sold to another buyer in September 1999 for $22.5 million, and Trump withdrew his Missouri license application a month later.

The only documents gaming commission officials are allowed to release under state law, they said, are the questionnaires filled out by Trump’s executive team.

Among them was one from John P. Burke, a Trump corporate treasurer, who would be named later that year when the Securities and Exchange Commission said Trump’s firm misled investors about the company’s financial performance.

The company issued a statement at the time saying that Trump, who was chairman and owned 42 percent of the company, “had no knowledge” of the fraud.

Then there was another from Joseph A. D’Amato, who headed a Trump casino in Gary, Indiana, in 1998, when that state’s gaming commission fined Trump’s company $24,000 for accounting system failures. The casino was blamed for three thefts that year, including a missing bank bag containing more than $56,000.
Whether Trump — and his executive team — would have had similar problems in Missouri remains an open question because he ultimately withdrew his Missouri license application, effectively ensuring that the state’s deep background investigation would never see the light of day.

— Mike McGraw is a Special Projects Reporter for Flatland. Find him at mmcgraw@kcpt.org.