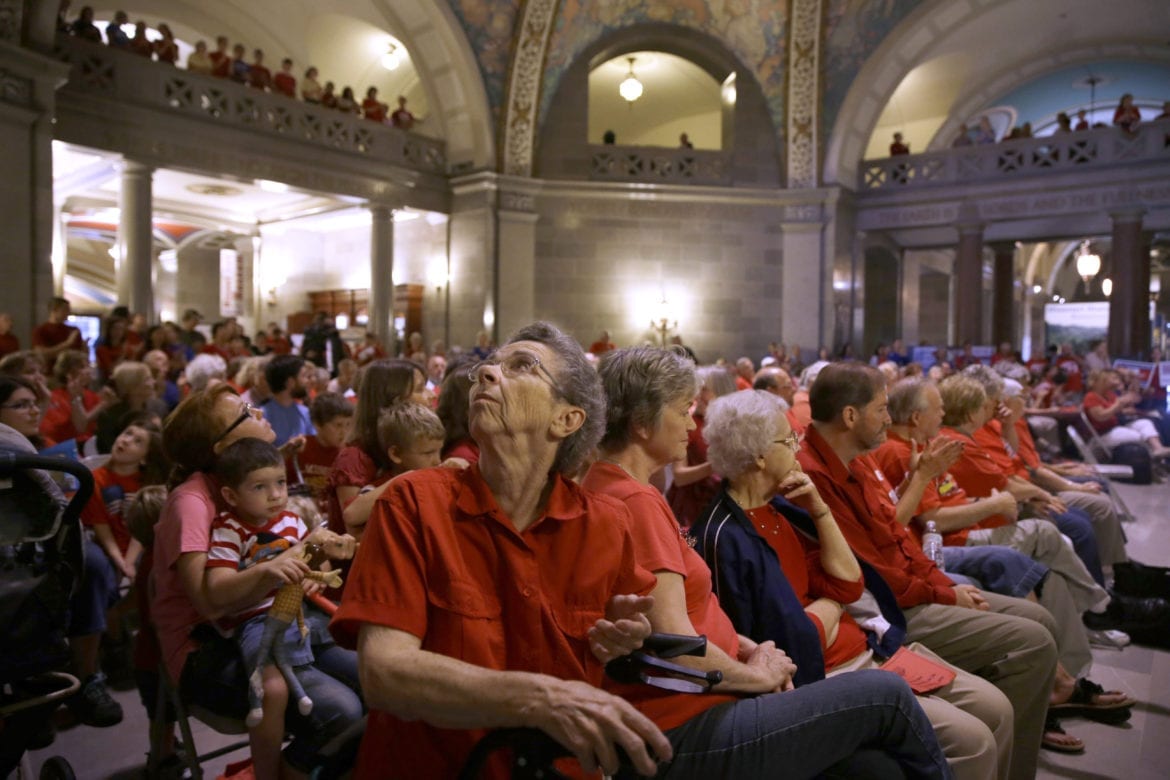 In 2014, abortion opponents filled the Capitol rotunda in Jefferson City as lawmakers considered whether to override a veto of a 72-hour waiting period. A different abortion issue has arisen during this legislative session. (Jeff Roberson | AP)
Share this story

You don’t have to drive far in Missouri to see billboards offering help to pregnant women. They’re part of the state’s Alternatives to Abortion program, which has seen a big increase in public funding in recent years.

This year’s legislative debate on the program focuses on a new question: What kind of information should these centers provide to women?

Tucked in the back of a strip mall in Kansas City, one of the centers – the Parkville Women’s Clinic — looks like any suburban doctor’s office. But executive director Sonya Rice says many of the patients who come through the door are looking for more than medical care.

“A lot of women are in crisis,” Rice says. “They don’t want to be pregnant or they’re not sure how they feel about it. They just need a place they can come and process what’s going on with them.” 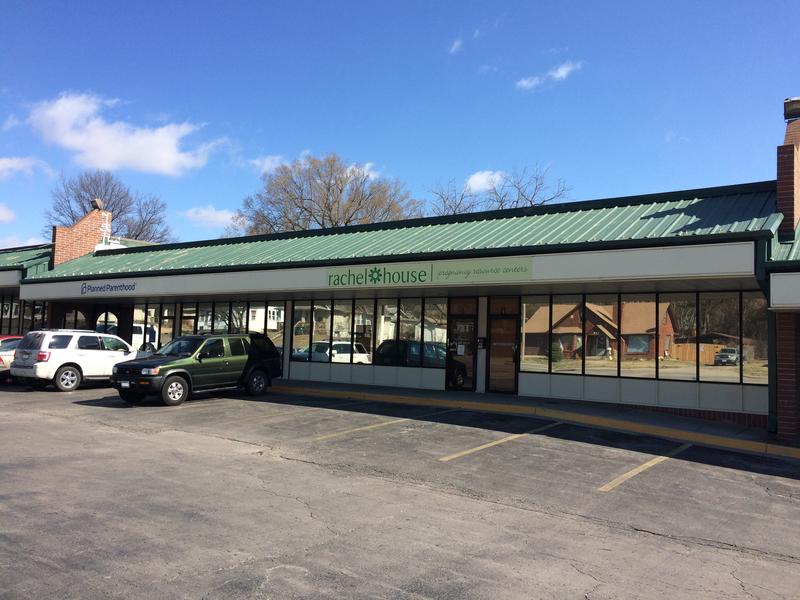 The clinic is one of 69 state-funded pregnancy resource centers in Missouri. They offer services like counseling, ultrasounds, help signing up for Medicaid, parenting classes and connections to adoption services. It’s all free for low-income women.

The Parkville clinic helps around 45 people a month, and unlike many similar centers, it has a registered nurse on staff. But like every center in the state program, there’s one thing it won’t do.

Two new Missouri bills focus how centers like this one operate, specifically on the kind of information they give out to the women who walk through their doors. Women like Tara, who visited a pregnancy resource center in 2012, when she was 25.

“I really just wanted someone to tell me everything was going to be OK and tell me what I could do,” Tara says.

Tara isn’t her real name. She asks that her personal information be kept confidential.

Tara says she was raped and assaulted by her abusive husband. Her injuries were treated at an emergency room and she ended the relationship.

She thought it was all behind her until a few weeks later, when an at-home test showed she was pregnant. To confirm, she went to a pregnancy resource center near her home – then in St. Louis – where she was given an ultrasound.

Tara always wanted to have a family, but not like this.

She says that, instead of telling her about options including abortion, the center’s workers pressured her to continue to term and gave her medically inaccurate information about her pregnancy.

“My bill is as simple as ‘please don’t lie to women.'” — Missouri Rep. Deb Lavender, a Democrat from Kirkwood

Confused and upset, she then called a Planned Parenthood clinic.

“They scheduled technically what would be an abortion consultation with me. And I hung up the phone, and I cried the entire night. I didn’t sleep,” Tara says.

Missouri’s Alternatives to Abortion program got a huge boost in 2015, when legislators earmarked 2 percent of the state’s federal Temporary Assistance For Needy Families funds to support it. For fiscal year 2017, that added up to nearly $4.5 million.

The program also received another $2 million from the state. And individual donations to centers are eligible for tax credits.

Many abortion rights advocates oppose the funding because they say it gives public money to a program that’s rooted in religious ideology. Opponents also decry the law, called the “Strengthening Missouri Families Act”, because it reduces the lifetime limit for receiving assistance from 60 to 45 months.

The Alternatives to Abortion program does not require centers to have medically trained staff or provide medically accurate information. And a 2012 survey by the abortion rights group NARAL found that many of the centers in the St. Louis area provided inaccurate or misleading information about the risks of abortions.

State Rep. Deb Lavender, a Democrat from Kirkwood, wants to change that.

She introduced a bill that would require Alternatives to Abortion clinics to provide information backed by medical groups like the American Medical Association.

“My bill is as simple as ‘please don’t lie to women,’” Lavender says. “So there are sources that we know have the truth on these issues. Tell women the truth about their health care and receive these funds.”

An opposing bill was introduced by Republican Sen. Wayne Wallingford of Cape Girardeau, and there’s a matching bill in the House. The bills prohibit the state from interfering with the centers’ religious practice by dictating what they can tell clients. Wallingford says this is important because many of the centers are affiliated with churches, which are protected by the First Amendment.

“… I was in charge of my body. And it was my decision to have that baby and no one else’s.” — Tara, central Missouri mom

“I looked at the bill as overstepping those bounds and discriminating against religious groups that want to express their free speech rights and freely assemble,” Wallingford says.

When it comes to medical accuracy, Wallingford says some of the science is unclear, but he wouldn’t expect the centers to mislead women.

“Accuracy’s very important, of course. And I would expect both sides – whether you’re pro-life or pro-choice – would want their information to be accurate,” Wallingford says.

In the end, Tara decided not to have an abortion, but she says the decision wasn’t because of anything she heard at the pregnancy crisis center or at Planned Parenthood.

It happened after a late-night phone call with a friend who told her she should have the baby for her own sake.

She says that, after escaping her controlling, abusive relationship, the realization that this decision was hers to make was like the flip of a light switch.

“I had someone in my life who had been making my decisions – the food I ate, the clothes I wear, everything – for years,” Tara says. “And that’s when everything shifted. I became me again. And I was in charge of my body. And it was my decision to have that baby and no one else’s.”

Tara’s son is now three years old. They live in a small town in central Missouri.

Alex Smith is a health reporter for KCUR. You can reach him on Twitter @AlexSmithKCUR. For more stories on health and other topics, go to http://kcur.org/