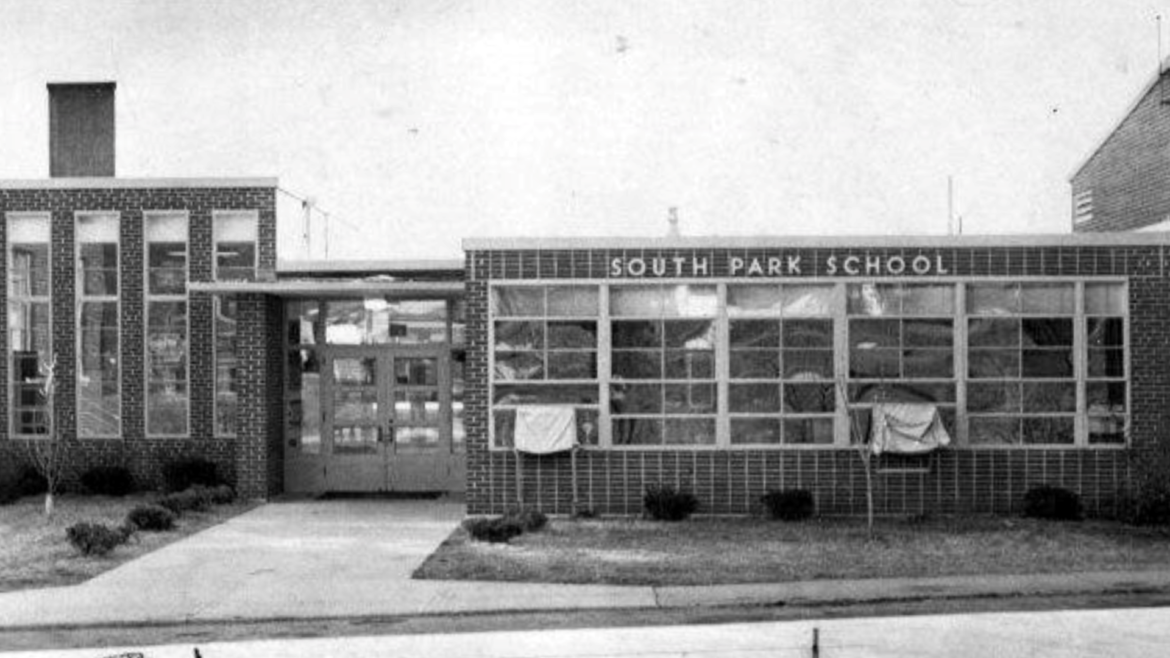 “Schools shouldn’t be for color. They should be for the children.”

These were the words of school teacher Corinthian Nutter during her legendary fight against the state of Kansas to integrate South Park Elementary School in Merriam.

Nutter linked arms with white Jewish housewife Esther Brown in the 1940s to give Black children, as Brown put it, “a fair shake.” Through threats and jeering, the unlikely pair left a lasting mark on Merriam.

In the early 1940s, the Walker School was a dilapidated two room schoolhouse for Black children. Built in 1888, the building had no plumbing and the playground was strewn with broken equipment. Oftentimes, the older students would have to teach the younger ones because the school’s two teachers had to hold class for all eight grades at once.

When it rained, holes in the ceiling of the school would cause the basement lunchroom to flood and the children would have to eat with their feet in puddles of dirty water.

Evelyn Auten’s parents attended the segregated Walker School, which is now the home to Philadelphia Baptist Church, which Auten attends. She said they used to recall having “tattered books” that were deemed “unusable” by the white schools.

In the mid 1940s, a bond election in Merriam, Kansas, raised $90,000 for a new school. South Park Elementary School was built with the proceeds. Despite having paid for it, Black parents were barred from enrolling their children in the new school.

Black families pressed the school board for repairs to the Walker School, and the board responded that their wishes would be granted as soon as the debt from South Park Elementary was paid off – in 30 years.

“Separate but equal was a hollow slogan,” said Andrew Gustafson, curator of interpretation at the Johnson County Museum, who has studied this case at length.

The law at that time was “separate but equal,” but this new school posed several issues. For one, the facilities were clearly not equal (though this was rarely a concern). And second, a Kansas law made segregated schools illegal in towns with populations smaller than 15,000.

Brown learned of the situation from her domestic worker Helen Swan. Having been a civil rights leader before moving to Merriam, Brown was a self-described “housewife with a conscience.” She quickly leapt into action, helping to persuade one of the Walker School families to file a lawsuit – Webb v. School District No. 90.

Alfonso and Mary Webb had several children attending the Walker School and were notorious for continually pushing the school board to address the issues with the building. As outspoken advocates, it was no surprise that they were the ones to file the lawsuit.

Both Brown and the Webb family were harassed around the clock — the Webb’s back porch even being lit aflame in the dead of night. Black Americans living during Jim Crow knew all too well that this was usually an indicator of violence to come, but Alfonso and Mary Webb pressed on with the case.

Meanwhile, the parents from Walker School boycotted the school for a full year as the case ground on. Throughout that time, Nutter continued to teach students in living rooms and church basements alongside fellow teacher Hazel McCray-Weddington

Brown held fundraisers to pay the Walker School teachers (featuring a concert by jazz legend Billie Holiday), traveled to give speeches about the situation in Merriam and joined Alfonso Webb in starting a local NAACP chapter.

After a full year, the Kansas Supreme Court ruled in favor of either integration or the creation of a separate facility that was not based on race and up to par with South Park Elementary.

White painters and carpenters could almost immediately be seen trying to make repairs to the Walker School in an attempt to maintain segregation.

The school board continued with extensive efforts and plans formed in clandestine meetings. The board gerrymandered the area into two school districts based on race, and got some Black parents to sign a petition in support of segregation under false pretenses. Ultimately their efforts failed.

Brown sewed new clothes for the Walker children to wear on their first day of school at South Park Elementary in September 1949.

Some Black adults such as Auten recall nothing but good times at South Park Elementary, while others’ experiences are marred by cold shoulders and unequal treatment. While attending the school, Auten said that her sister had her dreams dashed by a school counselor.

“My sister had aspirations of being something like a secretary or flight attendant, but her school counselor said she would be better suited for something like housework,” Auten said.

After the dust settled on the Walker School walkout, Brown went on to work for the NAACP on Brown v. Board of Education of Topeka. Nutter, meanwhile, was not hired to teach at South Park Elementary. Despite this, she had a long career in education and became the principal of two schools in Olathe, Kansas.

South Park Elementary School closed in 2007, but many in the area continue to honor the legacy of the two civil rights leaders. More information can be found in the attached video, at the permanent exhibit in the Johnson County Museum and at their online exhibit.