A program that aims to get KC kids on their bikes 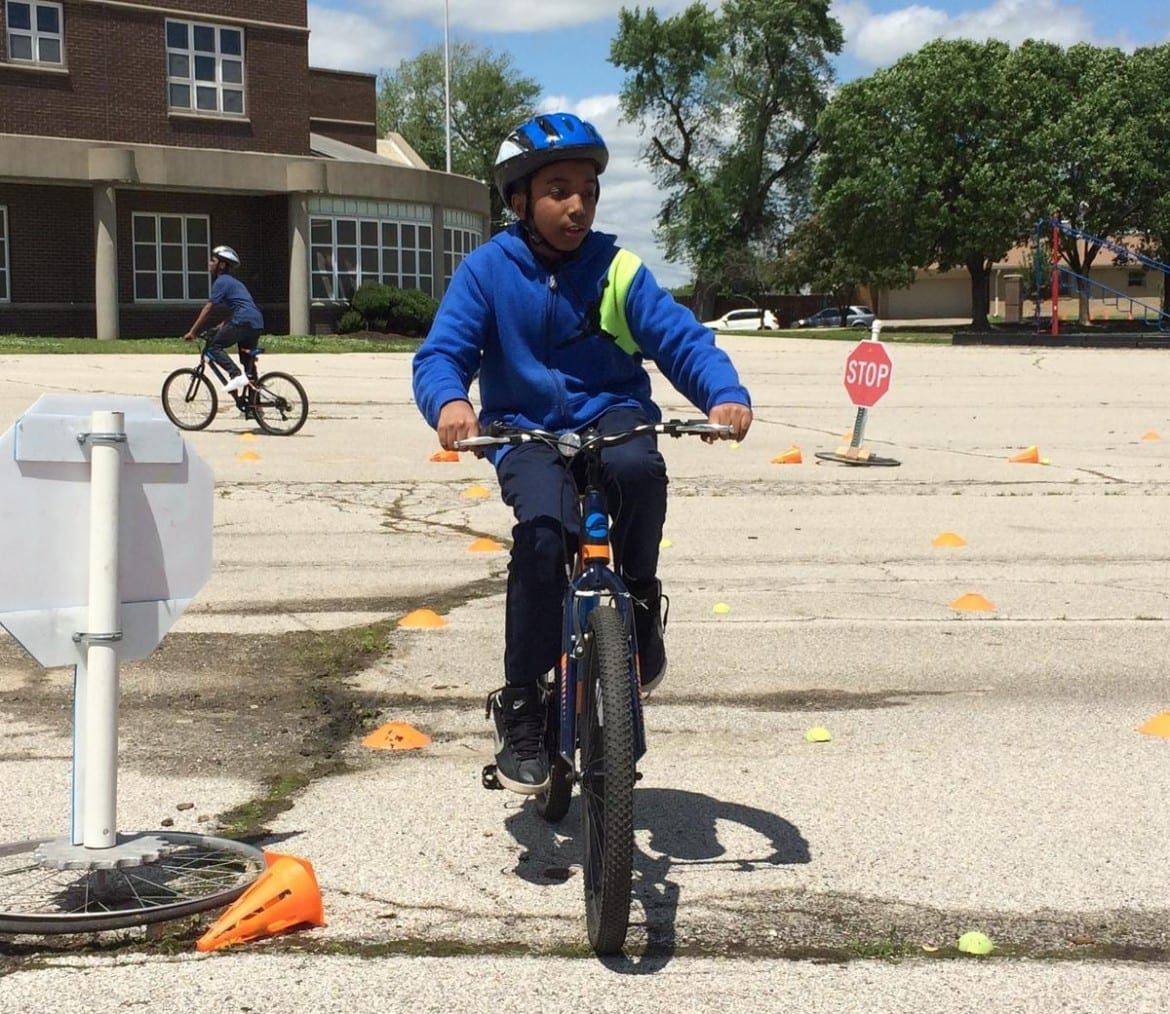 One reason the rate of cycling among school children has declined is the disappearance of neighborhood schools. (Photo: Alex Smith/Heartland Health Monitor)
Share this story

On a warm afternoon at Garfield Elementary school in northeast Kansas City, a class of grade schoolers charges out into the schoolyard to spend an hour riding bikes. They’re getting training from members of the nonprofit group BikeWalkKC.

The program was created three years ago to teach bicycle safety skills. But BikeWalkKC’s education program manager, Maggie Priesmeyer, says she and her fellow instructors found they would often be teaching children to ride for the first time.

“I don’t know what their family situation is when they’re 10 years old, and they’ve never learned to ride a bike,” Priesmeyer says. “It wasn’t really our main focus, but it just kind of happened alongside the program.”

The growing number of kids who don’t – or can’t – ride a bicycle isn’t unique to this neighborhood or, for that matter, any part of Kansas City.

Throughout the country, school programs like BikeWalkKC and other groups are working to understand the dramatic decline in cycling among children and how to change it.

A new report by the National Sporting Goods Association estimates that just over 10 million kids in the U.S. between the ages of 6 and 18 biked regularly last year. Based on nationwide surveys, that’s fewer than half the number of 25 years ago.

Marty Maciaszek, of the National Sporting Goods Association, says adult cycling has remained fairly steady over the past decade or so, but the downward trend among kids has been profound.

It’s just one facet of a larger trend.

“It has been a general decline and a concern not only of our industry, but of – pretty much throughout the country – the inactivity levels, not just for children but all ages,” Maciaszek says.

In a 2012 article in the medical journal Lancet, one researcher declared physical inactivity a global pandemic. It’s one reason 17 percent of American children are considered obese.

It also increases the risk of dying prematurely, dying of heart disease and developing, diabetes, colon cancer and high blood pressure, according to experts.

And inactive kids miss out on the benefits of regular exercise, which include better mental focus and motivation. 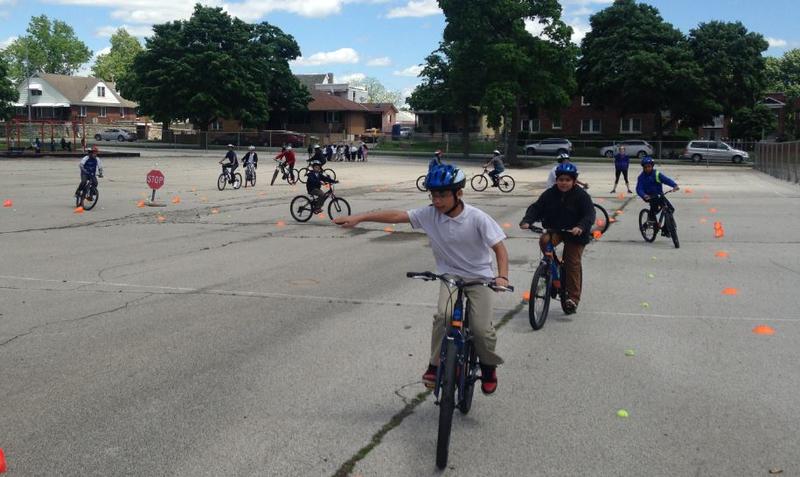 Video games, along with TV, smartphones and other high-tech distractions, have undoubtedly contributed to the decline of cycling among kids. Studies show that the time kids once spent on sports, biking and other physically active pursuits is now spent in front of a screen.

But biking faces other challenges as well, according to Sara Zimmerman, technical assistance director for the Safe Routes to School National Partnership, which encourages biking and walking to school.

“There have been big changes in how our communities are designed,” Zimmerman says.

She says that in the late ’60s, half of kids either biked or walked to nearby schools. But the breakdown of neighborhood schools, together with the advent of magnet schools and suburban sprawl, has changed that.

“The biggest reason identified by parents for kids not biking or walking to school is the fact that they live too far from the school,” Zimmerman says.

Surveys by Safe Routes show that about 13 percent of kids now either ride or walk to school. At the same time, the rates of kids taking the bus have remained about the same. That means more and more school children are getting car rides.

Safe Routes hopes that, by encouraging school districts to return their focus to neighborhood schools, those trends can be reversed.

But there’s another reason biking among kids has plummeted.

“There was just a huge surge in parental concern about abductions that happened,” Zimmerman says.

“The cases that we generally hear about are the cases that are the most tragic and awful for the child, so that scares everybody,” says Nancy McBride of the National Center for Missing and Exploited Children.

In fact, just over 100 kids in the U.S. are kidnapped in public by strangers every year, statistics show – a number that has remained fairly steady. Far more often, children are taken by relatives or family friends.

“It doesn’t mean that keeping our kids in the house is the solution to the issue. What it means is that we, the adults, need to step up and do a really good job of supervising and monitoring our kids,” McBride says.

At Garfield Elementary, biking instructor Mary Estrada coaches a pair of sisters who grimace and giggle nervously. A few weeks ago, they didn’t know how to ride but now they’re starting to get the hang of it.

Although BikeWalkKC organizers focus on the health benefits of cycling, Maggie Priesmeyer admits that a big part of the program’s appeal is the sheer fun of it all. Although the program wasn’t created to teach first-timers, she says it has become one of the most rewarding parts of the program.

“When they ride, it’s like the best thing that’s ever happened to them,” Priesmeyer says. “And you can see it in their faces.”

Alex Smith is a reporter for KCUR, a partner with KCPT in the Heartland Health Monitor team.

Tags: education • Getting By in KC • health • health care