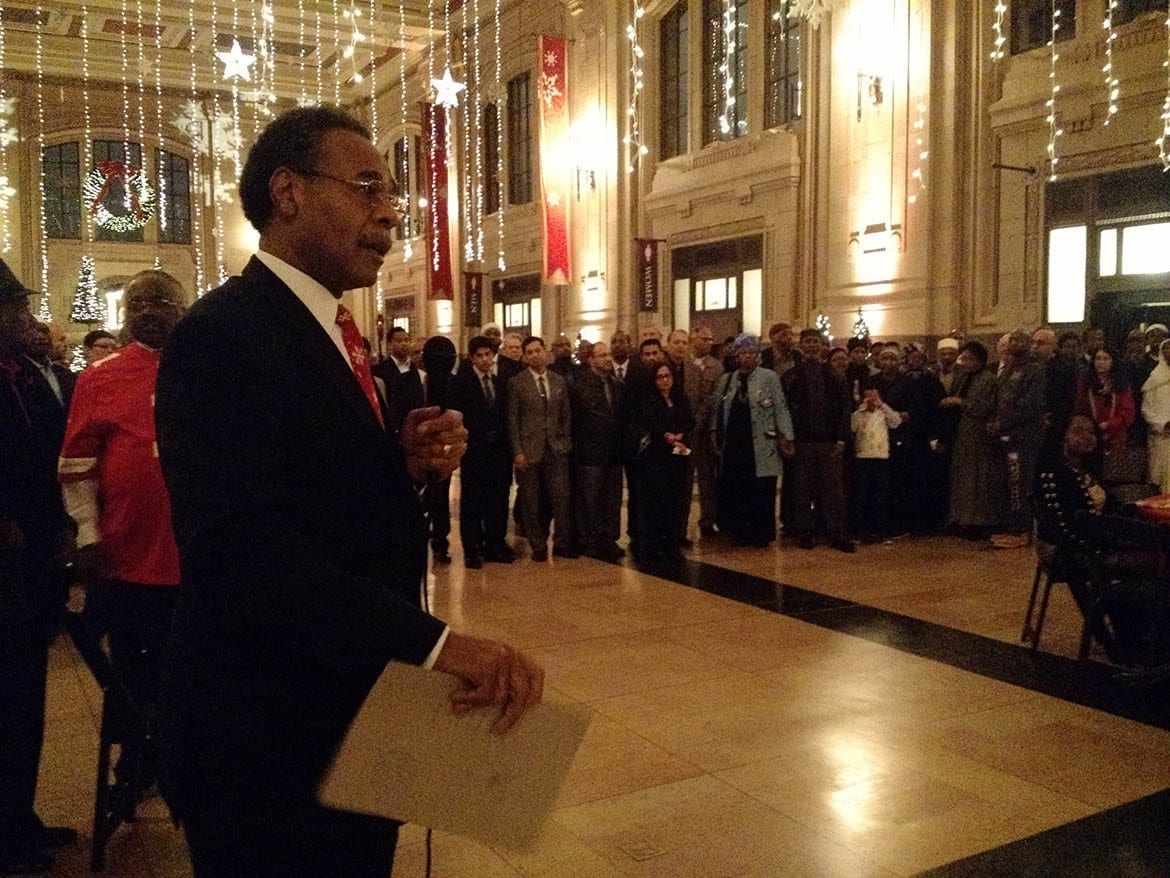 Several hundred people of all faiths came to the event to mingle, eat and enjoy the holidays together. Since terrorist attacks in Paris left more than 100 dead in November, Cleaver says, Islamophobic rhetoric in America has gone too far and risks alienating moral, law-abiding citizens.

“People of goodwill can spread peace and hope,” Cleaver said. “I don’t think that hate is stronger than love, and we’re going to demonstrate, not just for the Kansas City area, but for the entire nation, that love wins out.”

Cleaver reached out to Arif Ahmad of the Islamic Center of Johnson County several days ago to bring as many Muslim residents to the gathering as possible. Ahmad said he is always glad to distance Kansas City’s Muslim population from terrorist groups like the Islamic State.

“Everybody is shying away because of the vitriol, the poison being spread [about Muslims],” Ahmad said. “We’ve got to do a better job of reaching our neighbors, demystifying Islam. And I think our neighbors should ask us questions too.”

At the rally, Olathe resident Imran Hassan said his experience in Kansas City has been overwhelmingly positive, despite charged rhetoric from political candidates.

“We haven’t really felt anything negative [from Kansas Citians],” Hassan said. “I’m not saying there are no people in Kansas City that have [Islamophobic] thoughts, but I want to believe that it’s still a minority of people.”

This story is part of the KCPT and Hale Center for Journalism project “Beyond Belief,” a series of stories and discussions about faith and the different faith traditions in our diverse city. On Twitter find us at #GoBeyondBelief

Cody Newill is a reporter for KCUR, 89.3, which contributes reporting to Beyond Belief. You can reach him on Twitter @CodyNewill.  This story first appeared on KCUR.org.

This project is part of Localore: Finding America, created by AIR, a Boston-based network of independent public media producers. Principle funding comes from the Corporation for Public Broadcasting. Learn more about “Beyond Belief” here.