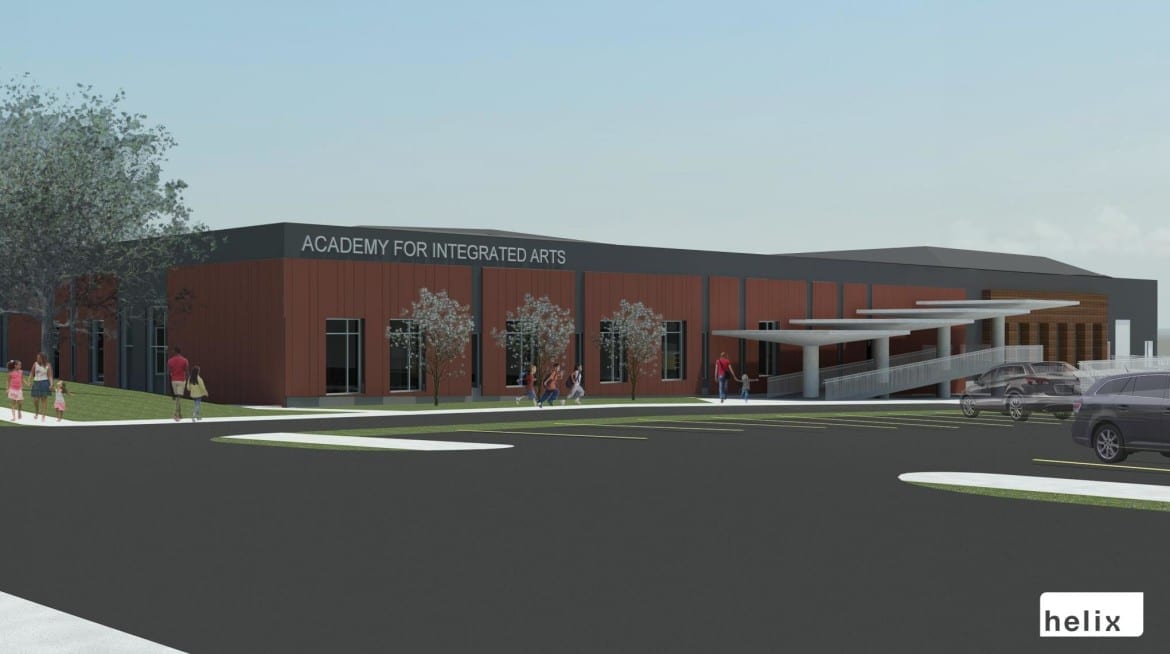 An artist's rendering shows how Academy for Integrated Arts, a Kansas City, Missouri, charter school, intends to transform a former bowling alley for a school building.
Share this story

A Kansas City, Missouri, charter school that teaches core content through the arts plans to make a former bowling alley its new home.

The Academy for Integrated Arts (AFIA) said Tuesday that it has purchased a roughly 40,000-square foot building at 7910 Troost Ave., built in 1955 to house King Louie East. AFIA is an elementary school that opened in 2012.

The building is vacant now, according to board President Lynne Brown.

AFIA purchased the building and grounds for $350,000, and the school is in the midst of a $5 million capital campaign for initial renovations. The school is about 60 percent of the way toward the goal, and Brown said there will be additional funding needs beyond just getting ready for the 2016-17 school year.

AFIA received its state charter in 2010, and finding space proved challenging, before the school settled into its current location at 5604 Troost. The new building is more than three times larger than the current space, which was never intended to be a permanent home, said Principal Tricia DeGraff.

AFIA plans to add sixth grade this year, which will boost its projected enrollment to 160 students. The school ultimately projects a total enrollment of about 350 students.

After a year with no graduation ceremony, pandemic-cursed class of 2020 returns