The Kansas summer-meals program isn’t reaching enough children. Some advocates are working to change that. 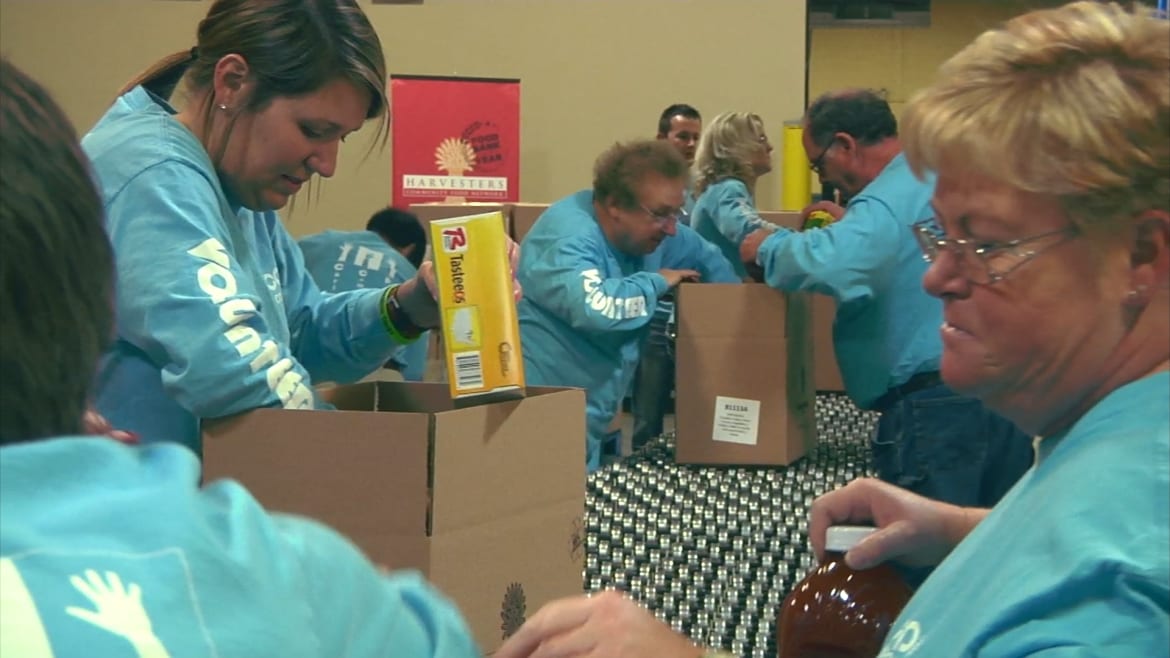 The state of Kansas and four nonprofit organizations are seeking federal approval to conduct an experiment that they hope will boost participation in a summer meals program that now is serving only a fraction of eligible children.

Led by the Kansas State Department of Education, the coalition is asking the U.S. Department of Agriculture to temporarily waive some rules so that it can conduct a demonstration project to feed needy children in rural parts of the state when school is out for the summer.

Last year, fewer than 7 percent of Kansas children who were eligible for free or reduced-price lunches during the school year took advantage of the Summer Food Service Program. One of the biggest reasons for the low participation was the fact that there were no meal sites in 44 rural counties.

Cheryl Johnson, director of child nutrition and wellness for KSDE, said federal rules that require children to travel to congregate meal sites, or group settings, could be part of the problem. The waiver would test that theory by allowing KSDE and its nonprofit partners to feed children at congregate sites one day but send them home with packaged meals for the next day.

“Parents wouldn’t have to drive their children to the congregate site each day,” Johnson said. “There would be the benefits of the congregate meal — the socialization and the activities — on some days, but they would also have healthy nutrition the following day without the transportation costs.”

“Kansas ranks 48th in the nation in the number of children fed when school is not in session,” the applicants wrote in the justification section of the proposal. “We would like to evaluate in specific rural communities in Kansas whether the opportunity to provide meals at a congregate site a minimum of two to three days per week with shelf-stable meals for the other days of the week would encourage and increase participation in rural areas of Kansas and thus decrease food insecurity among Kansas children.”

KSDE and its partners hope to use the demonstration project and other initiatives to increase the number of meals served this summer to 1.4 million, a 20 percent increase over last year.

The overall cost of the summer meals program would rise if participation increased, but the demonstration project wouldn’t generate any additional administrative costs, according to the waiver application.

A Summer Meals Summit convened in January by the Kansas Health Foundation helped prompt the idea for the demonstration project. At that summit, Audrey Rowe, the administration of the USDA Food and Nutrition Service, said many of the tens of thousands of Kansas children who qualify for free and reduced-price meals during the school year go hungry in the summer.

“Summer is when food insecurity among children increases dramatically,” Rowe said. “With our partners in the states, we’re looking at ways to address that gap.”

Filling the gaps in rural areas of the state may not be the only challenge faced by state officials and the more than 120 sponsors of the summer meals programs. Recent cuts in K-12 funding ordered by Gov. Sam Brownback to help avert state budget shortfalls have prompted the Topeka school district and some others to contemplate shutting down their meal sites.

KSDE is working on a contingency plan, Johnson said.

“We are working with community organizations in advance trying to come up with ways we can still try to meet the need if we do have reduced school sites,” she said.

In addition, Johnson said, KSDE is waiting to see if USDA offers funding to help states and volunteer organizations transform buses and vans into rolling meal dispensaries. If funding is available, Johnson said, several school districts and site sponsors are eager to take meals to “wherever kids might be during the summer.”

That could be community swimming pools, baseball fields, libraries or even “the Walmart parking lot,” she said.

It Takes A Village to Reach Rural Broadband Fringe