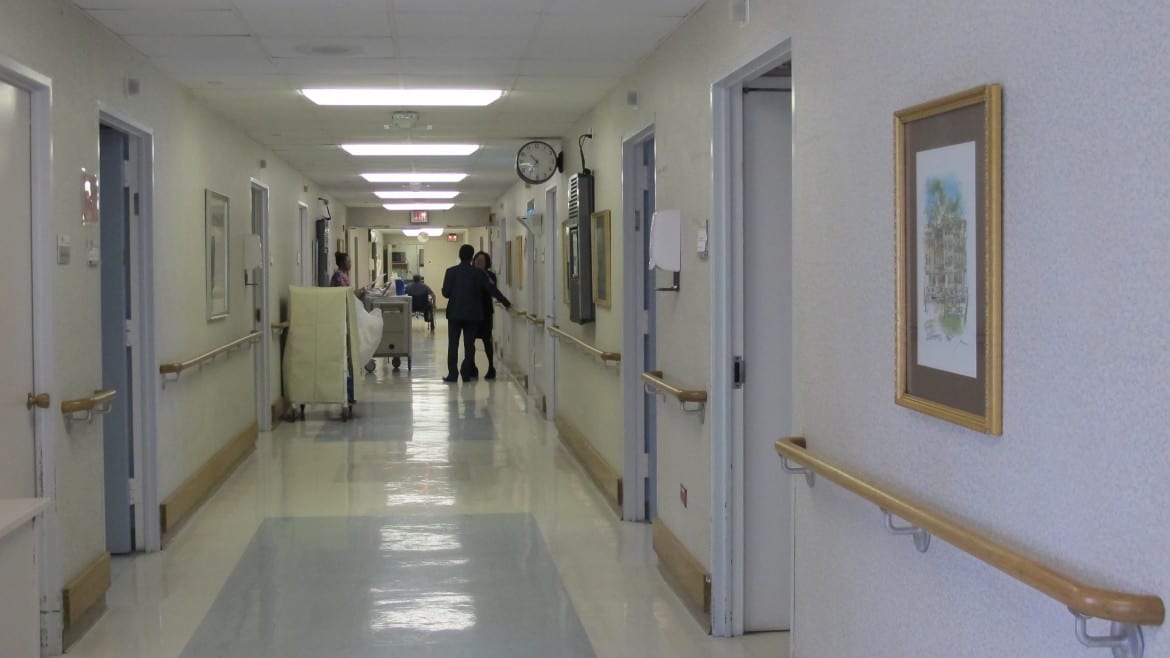 Hundreds of nursing homes and other assisted living facilities in Kansas will be required to participate in a fund meant to spread the risk of malpractice lawsuits starting next month. Advocates for those facilities say the change is a plus, but it has insurance agents scrambling to find liability coverage for their assisted living clients in a limited market.

For more than two decades, health care facilities in Kansas have been required to participate in the Health Care Stabilization Fund, a pot of money derived from a surcharge on their private malpractice insurance that provides additional coverage for malpractice claims. The fund makes it less likely that a few expensive claims could sink a facility financially.

Until this year, nursing homes and other assisted living facilities were not considered health care providers under the law. Cindy Luxem, president and CEO of the Kansas Center for Assisted Living, says that wasn’t good for the facilities or consumers who might file a claim.

“We had a lot of providers in Kansas that weren’t really able to provide anything (in compensation),” Luxem says. “And that doesn’t set up a good situation for the consumer.”

Luxem says she and other adult care advocates wanted to be included in the stabilization fund for years. The opportunity presented itself this year when legislators reopened the statutes governing the fund in response to Kansas Supreme Court concerns over a long-static $250,000 cap on non-economic “pain and suffering” damages in malpractice suits.

Legislators voted to gradually raise the cap and to include nursing homes and other assisted living facilities in the stabilization fund.

Fred Benjamin, president of Coffeyville’s Medicalodges and chairman of the Kansas Health Care Association’s board of directors, calls it a “positive change” that was overdue given the evolving ways that health care is delivered.

“People that were in hospital intensive care units 10 years ago are in skilled nursing facilities today,” Benjamin says.

Hundreds of Kansas nursing homes and assisted living facilities are now slated to come under the Health Care Stabilization Fund at the beginning of 2015. But some are still scrambling to find the necessary private liability coverage to do so.

“The changes created some unexpected hurdles in the nursing home market,” says Stephanie Mulholland, a spokeswoman for the Kansas Association of Insurance Agents. “We know that several of them had to find new insurance carriers in a pretty short amount of time.”

All facilities within the stabilization fund must purchase private liability coverage from an “admitted carrier” approved by the Kansas Insurance Department. The insurance department vets the carriers’ financial information to ensure their solvency.

Previously, adult care facilities not in the stabilization fund were allowed to purchase coverage from “foreign surplus lines,” or carriers that the Kansas Insurance Department allows to do business in the state “if such coverages are not readily obtainable in the admitted market.”

Chip Wheelen, executive director of the Health Care Stabilization Fund, says a surprising number of the facilities had obtained their professional liability coverage from the non-admitted carriers.

“I have to admit a lot of them have says, ‘Our insurance agent got our coverage from an excess and surplus lines carrier,’” Wheelen says.

Mulholland says the limited number of admitted carriers for adult care facilities has made it difficult in some cases to find affordable coverage that will satisfy the stabilization fund requirements. There are seven companies admitted in Kansas to provide liability coverage to assisted living facilities.

“Insurance agents have quite a bit of experience finding coverage for those harder-to-place markets,” Mulholland says. “They’ve been able to do that in most cases, but in the long term I think we need to look at creating more competition within this particular market to drive rates down.”

Wheelen notes that adult care facilities that have been turned down by at least two of the admitted carriers can purchase insurance from the Health Care Provider Insurance Availability Plan that will satisfy the requirements of the stabilization fund.

That public plan is administered on a third-party basis by Topeka-based Kansas Medical Mutual Insurance Company, or KaMMCO, one of the private commercial insurers that is an admitted carrier in Kansas.

The long-term cost to the facilities now joining the Health Care Stabilization Fund is unknown.

Debra Zehr, president of LeadingAge Kansas, a group that represents 160 nonprofit assisted living providers, says she did not expect an increase for her members.

“There really isn’t any extra cost necessarily for providers who have carried liability insurance historically, which is 100 percent of our members and a large percent of all providers,” Zehr says.

Zehr notes that when the state switched to managed care Medicaid under KanCare in 2012, the three companies administering the managed care contracts all required facilities to carry liability insurance in order to be in their networks.

“There may have been in the past some members, some years when rates really went up, they’d drop their coverage,” Zehr says. “But that’s not true anymore.”

The challenge now is making sure those policies come from admitted carriers to satisfy the requirements of the stabilization fund.

Wheelen says the Kansas Association of Insurance Agents deserves credit for trying to educate agents about that change, including hosting a webinar about it as early as June.

“Unfortunately, I’m afraid a lot of them weren’t watching and they still got caught by surprise,” Wheelen says.

Wheelen says “a lot” of agents have contacted the stabilization fund to find out where to get the needed coverage. Those calls have a greater sense of urgency now.

Lisa Ignoto, director of marketing and communications for KaMMCO, says any administrators at adult care facilities who are unsure if they’ve complied with the Health Care Stabilization Fund requirements can contact advocacy groups like LeadingAge Kansas or the Kansas Health Care Association.

“As the deadline is getting closer, our underwriting department is prepared to step up its game,” Ignoto says. “There’s still time to get it done.”