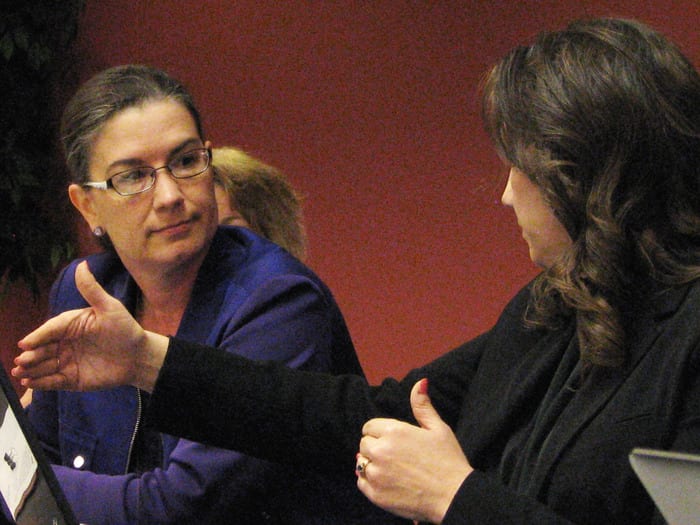 The Kansas Department for Aging and Disability Services is attempting to head off opposition to a bill being crafted to allow the state to regulate the use of prescription mental health drugs.

Kari Bruffett, secretary of KDADS, met Wednesday with the Kansas Mental Health Coalition to ask its members to drop their opposition and instead help her draft a workable bill.

“We are open to having that discussion,” Bruffett said.

Coalition members agreed to sit down with Bruffett but made it clear they would likely continue to oppose any proposal aimed at limiting Medicaid patients’ access to brand-name antipsychotic drugs.

“Our opening position would be to leave the exemption alone,” said Rick Cagan, executive director with the National Alliance on Mental Illness-Kansas.

In Kansas, state law specifically prohibits the enactment of policies and regulations — such as preferred drug lists or prior authorization requirements — that could restrict or impede a physician’s ability to prescribe mental health drugs.

The law, passed in 2002, only applies to mental health drugs.

Bruffett said the law has proven to be “overly restrictive” and is hindering the state’s efforts to control costs and improve health care outcomes.

Repealing the law would save the state general fund $8.3 million in the fiscal year that begins July 1, according to the Kansas Department of Health and Environment, which oversees the Medicaid program.

A bill to repeal the law — or at least loosen some of its restrictions — has yet to be introduced. But it’s coming, Bruffett said: “We know there is interest in the Legislature for pursuing this.”

The measure, she assured coalition members, will exclude individuals with chronic and persistent mental illnesses from any prior authorization requirements. And the state’s managed care organizations, she said, have told legislators that if the bill becomes law, they would not alter the drug regimens of current beneficiaries.

The bill, Bruffett said, also will include “safety edits” meant to ensure that “behavioral health drugs are being used appropriately” and not as “a default” treatment for dementia patients.

Advocates for better nursing home care say antipsychotic drugs are too often being used to control residents whose dementia makes them challenging to manage.

“Our concern is that this is a straight route to pharmacy management by MCOs,” said coalition director Amy Campbell.

Glea Ashley, chief executive of Valeo Behavioral Health Care in Topeka and a coalition member, said care needs to be taken in crafting any formula aimed at managing the use of mental health drugs.

“We need to be sure that, no matter what happens, people still get what they need. Otherwise, this can tip them over the edge,” Ashley said.

Jane Adams, who runs Keys for Networking, a Topeka-based program that advocates for school-age children with serious behavior issues, said families in the program are wary about the possibility of someone who’s not familiar with their children having the authority to adjust or change their medications.

“However this is handled,” Adams said, referring to the repeal initiative, “it needs to be communicated in a way that doesn’t instill fear. These are families that already are in crisis.”