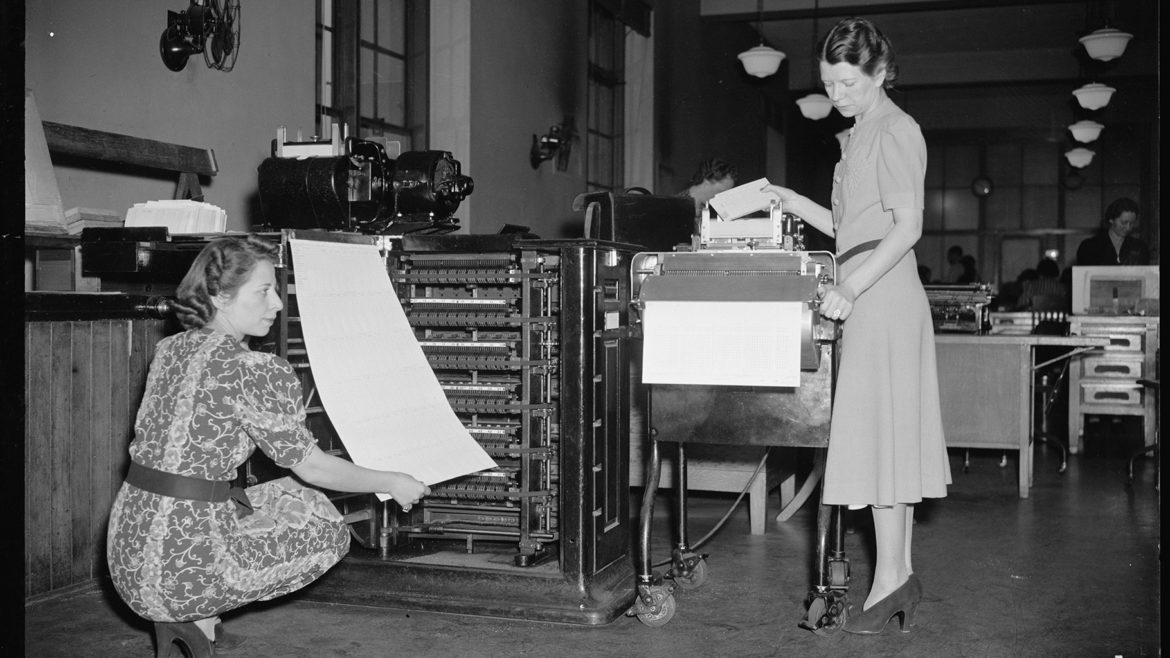 Workers operating a new "unit tabulator" as part of the 1940 census. | Library of Congress
Share this story

With billions of dollars at stake, a group of Kansas City-area foundations is funding an effort to ensure the most accurate count possible in next year’s federal census.

The initiative comes in the form of the Metro Kansas City Census Equity Fund, with grants of as much as $10,000 now available to nonprofits focusing on reaching populations at risk of being undercounted. The fund will consider larger grants for multi-organization efforts.

The Health Forward Foundation and the REACH Healthcare Foundation announced the formation of the fund last week.

The fund is launching with more than $100,000, and organizers anticipate more contributions from other groups. Organizers are not saying how many funders are part of the initial coalition beyond the two health foundations.

According to the U.S. Census Bureau, the data it collects drives the distribution of more than $675 billion in annual federal aid. The share for Missouri and Kansas is $16.5 billion and $6.1 billion, respectively, according to figures from The George Washington University.

The Mid-America Regional Council (MARC) says that an undercount of even 1% could cost the Kansas City region $48 million annually from 16 federal programs. MARC is coordinating a coalition of area governments that are also interested in an accurate census count.

Safety-net programs funded based upon census data include Medicaid, the Supplemental Nutrition Assistance Program, and Head Start. Highway and transit money is also divvied up based upon population counts.

In addition, census data drives the drawing of legislative districts for state and federal seats.

The U.S. Constitution mandates a count of the population every 10 years. The census timeline calls for all households to have information on how to participate by April 1.

Compromise Heads to the City Council

Meet 2 Scientists From KC Who Worked on COVID-19 Vaccines

How to Observe Memorial Day During the Pandemic

6 ways to honor the fallen this year