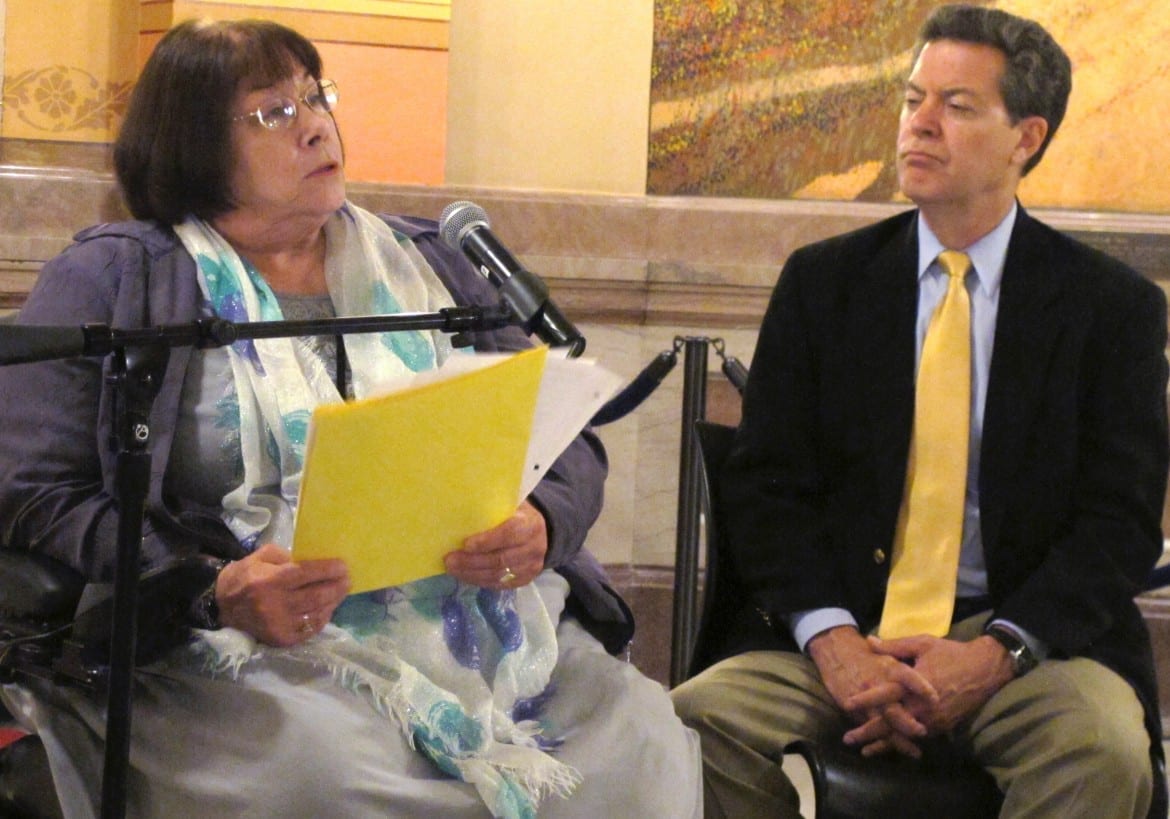 A spokesperson for the Kansas Department for Children and Families says the agency plans to heed Gov. Sam Brownback’s call for cutting $3.9 million from its fiscal year 2015 budget by delaying a planned upgrade of its computer system.

The savings should cover “almost all of our anticipated FY 2015 reduction,” DCF spokesperson Theresa Freed said in an email, referring to the state’s current fiscal year, which ends June 30, 2015.

Delaying the upgrade, she said, will have “no impact” on the department’s services for at-risk children and low-income families.

Freed said more information about the agency’s budget cuts would be available in a few weeks.

Earlier this week, Brownback announced that he was using his allotment powers to cut state agency spending and to sweep fee funds in an effort to plug a $280 million hole in this year’s budget.

The governor’s plan included taking $3.9 million from DCF’s $623 million budget and $6 million from the $1.5 billion Department for Aging and Disability Services budget.

Most of the reduction in KDADS spending will be achieved by delaying for a year the planned January 2015 opening of Meyer Hall, a nearly renovated building on the campus of Larned State Hospital, one of the state’s two hospitals for people with mental health issues.

The building is designed to house medically fragile patients in the state’s Sexual Predator Treatment Program.

“We believe we can delay occupancy of Meyer until January 2016 and still provide appropriate treatment to the medically infirm,” said KDADS spokesperson Angela de Rocha. The other new unit for the Sexual Predator Treatment Program at Larned is in operation, she said.

The governor’s proposed cuts and sweeps are needed to balance the state’s current fiscal year budget. An even larger gap — $436 million — looms in fiscal year 2016</a>.

The gaps are driven by revenue shortfalls caused by cuts in income tax rates that have wiped out the state’s reserve funds.

Legislators will begin the process for rejecting, upholding or modifying the governor’s proposed sweeps and for crafting the next fiscal year’s budget when they reconvene in January.

What do Gov. Brownback’s tax cuts mean for businesses and entrepreneurs?