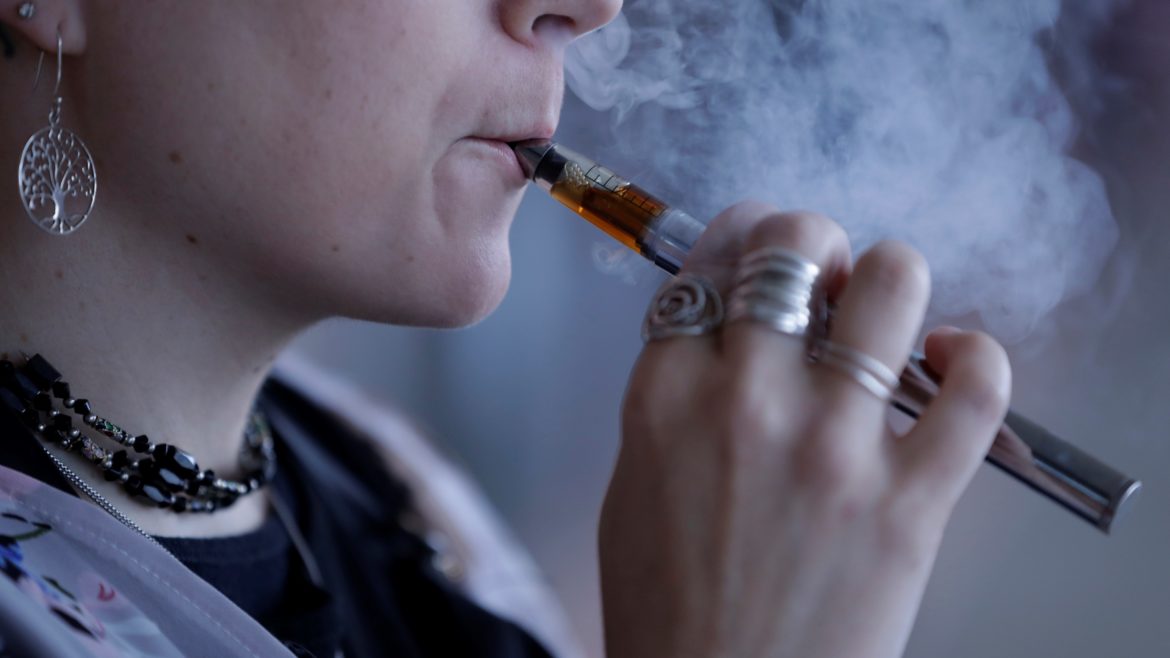 With a population of nearly 3 million people, Kansas is less than one tenth the size of California.

Yet according to national health data, the two states are equal in one category. They both have logged two of the confirmed deaths from vaping, according to the U.S. Centers for Disease Control and Prevention. Oregon is the only other state with multiple fatalities.

And, like health authorities around the nation, Kansas officials are scrambling to understand a vaping crisis that has caused lung illnesses in nearly 1,100 people across the nation and led to 18 confirmed deaths. The median age of the deceased patients is 49.5 years.

Much of the outbreak remains a mystery, but Kansas’ top health regulator is fairly certain about one thing.

“I think we have just seen the tip of the iceberg,” said Dr. Lee Norman, head of the Kansas Department of Health and Environment.

Norman’s comments came Oct. 2 as part of a discussion with Dr. Roy Jensen, the director of the University of Kansas Cancer Center, and  Dr. Matthias Salathe, a pulmonologist and chair of internal medicine at KU Medical School. The full video discussion can be seen here.

Salathe has researched the effects of e-cigarettes, and he was also part of an emergency team that treated a 17-year-old patient. Doctors first treated the girl for bacterial pneumonia until she told them she had been vaping a solution infused with THC, the active ingredient in marijuana.

Salathe said the patient is doing better, but it is too early to predict the long-term prognosis.

“How is the lung recovering and will it recover to its full capacity? And that is not clear at this point,” Salathe said.

As explained by the Mayo Clinic, electronic cigarettes are battery-operated devices that heat a liquid solution, turning it into a vapor that can be inhaled. Most use a cartridge, sometimes referred to as “pods,” that holds the liquid that typically contains nicotine and other substances.

Some pods contain an amount of nicotine equivalent to one to three packs of cigarettes.

Kansas officials confirmed the two vaping-related deaths in September. Authorities said one was a male, the other a female. Both were over the age of 50 and had underlying health conditions.

As of Sept. 23, Kansas had seven other probable or confirmed vaping-related cases. The governor’s office said the patients ranged in age from 17 to 67 and that the victims had used various types of products, including a combination of nicotine and THC, the main psychoactive compound in marijuana.

In a Sept. 19 announcement, the Missouri Department of Health and Senior Services said the fatality was a man in his mid-40s who died at Mercy Hospital St. Louis. A physician at the hospital said the victim, who had no prior lung illness, had started vaping to relieve chronic pain.

Salathe said that one of the biggest problems in researching the potential health effects of vaping is that companies have not divulged the chemicals in the liquid.

He noted, however, that researchers have found the chemical diacetyl in e-cigarette liquid. At one time, according to the American Lung Association, the microwave popcorn industry used the chemical to add buttery flavor. But manufacturers stopped using the chemical when it was tied to an irreversible lung disease that had sickened workers.

At the very least, Salathe said, the vaping industry should be required to perform the rigorous evaluation that he or any other researcher would have to perform for any drug designed for inhalation.

“None of these vaping devices were put through toxicity studies,” he said. “They were just touted as safe because it is safe to swallow these chemical compounds, but that does not make it equal to being safe in the lungs.”

Another unknown, Salathe said, is how to help e-cigarette users to kick the habit. It is unclear now whether traditional smoking-cessation techniques work.

Salathe and Norman said it’s especially imperative to convince teens that vaping is unsafe, just as public health authorities have been banging away on for years about cigarettes.

The other message, Salathe said, is one that any teen can identify with. “It needs not to be the cool thing.”

—Mike Sherry is the senior reporter for Flatland﻿