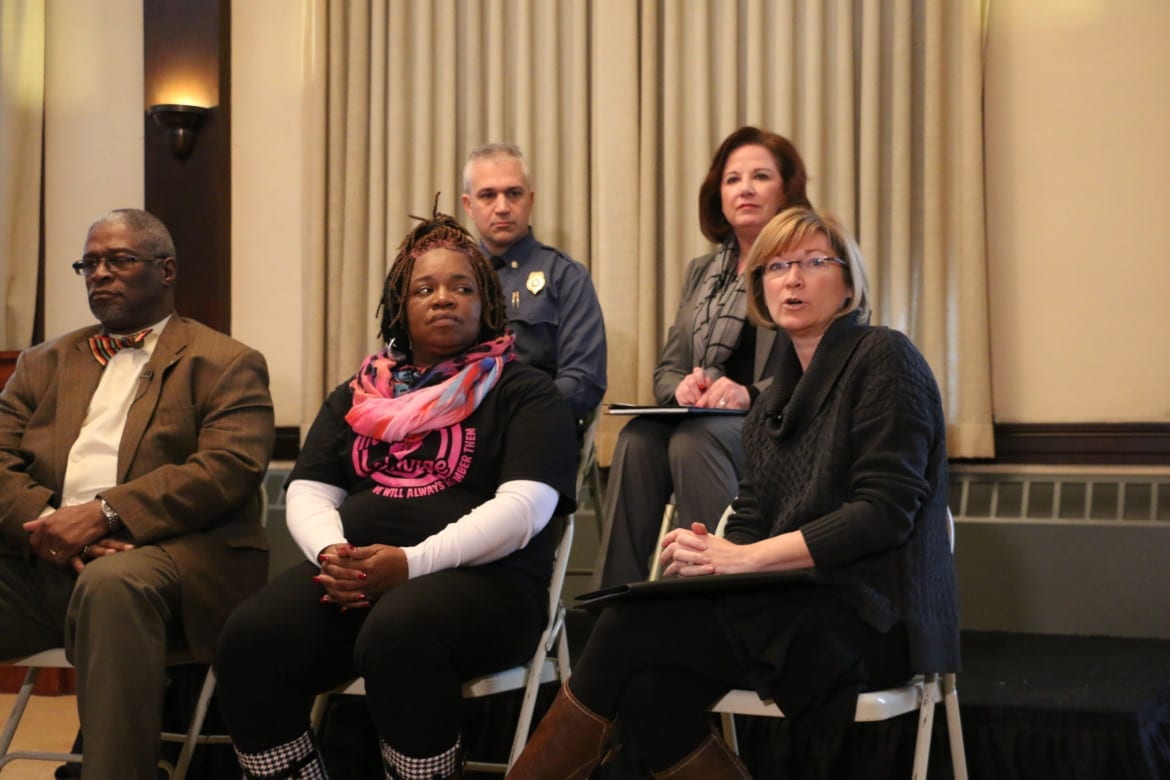 While declaring that Kansas City’s homicide problem won’t be solved by a single prevention strategy, leaders of one of the city’s signature anti-violence initiatives said Monday they plan to modify the program following a surge of murders this year.

The program, the Kansas City No Violence Alliance (KC NoVA), is a three-year-old collaboration among several organizations, including the Jackson County Prosecutor’s Office and the Kansas City Police Department, that aims to disrupt criminal groups.

The alliance helps group members steer clear of violence, coupled with a promise of swift law enforcement action if they choose a different path.

Police Maj. Joe McHale said the program will now be “much more surgical” and knock on individuals’ doors rather than relying mainly on spreading its message through group sessions.

The idea, he said, is to drive home to potentially violent residents that they can’t plan on melting back into the neighborhood if they harm someone.

“It is taking that anonymity away,” McHale said.

He said the police department also wants to spread NoVA principles farther down the patrol ranks and not have beat cops assume the specialized anti-violence work is only the purview of people directly involved with NoVA.

That will require a commitment from the department to carve out time for patrol officers who can, perhaps, assist homicide detectives rather than scurrying from call to call, he said.

Monday’s briefing, which included Mayor Sly James and Jackson County Prosecutor Jean Peters Baker, occurred against the backdrop of a 106-murder tally heading into the final few days of the year. The city recorded 81 homicides last year, a significant drop from previous years.

Kansas City’s spike in murders mirrors that of other cities around the country, as The New York Times reported in August. The Times said more than 30 cities had experienced jumps in murders, including a 60 percent rise in St. Louis from 85 to 136, compared with the same time period last year.

Law enforcement officials cited a number of potential causes for the jump, including gang-related drug wars and a greater willingness among young, inner-city males to resort to violence to solve disputes.

James said the latter played a role in Kansas City, along with teens’ ready access to guns.

At James’ direction, the Kansas City Health Department early last year established the Violence-Free Kansas City Committee to coordinate efforts among organizations seeking to combat violence. The thinking is to treat violence as a public health issue, like communicable diseases, and take steps to stop its spread.

James last month also established a citizen’s task force aimed at preventing violence. That followed a March 2013 report to the mayor and City Council from a Commission on Violent Crime, which was established to review progress on recommendations made in 2006 by a previous special commission on violent crime.

James said he formed the task force because previous reviews had been “too heavily laden with bureaucrats” and he wanted a fresh perspective from everyday citizens.

A Quick, Clickable Roundup Of Health News From Our Region For The Third Week of January