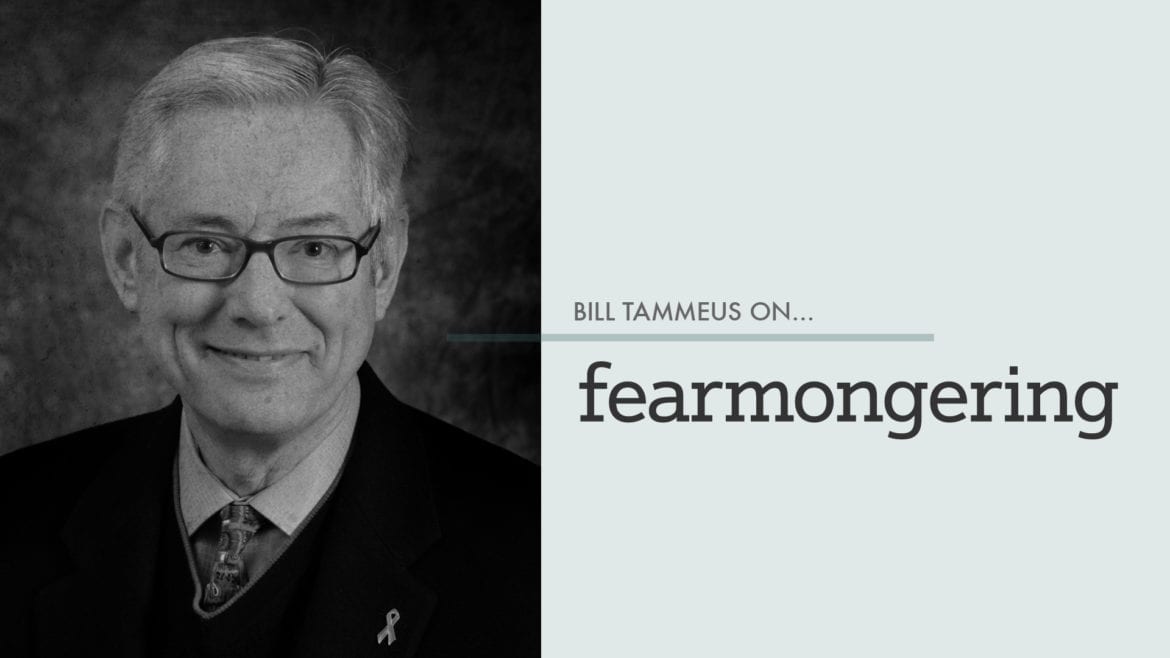 In 2012, Kansas passed a law forbidding courts in the state from making any ruling based on foreign law.

Critics widely — and accurately — viewed it as the product of a campaign by anti-Islam bigots who were hyperventilating about Shari’a, sometimes called Islamic canonical law. Those bigots spread the alarm that Shari’a would replace American law and turn the nation into an Islamist theocracy.

Six years after that law came on the books, there’s no evidence to support those fears. (Annual efforts to pass such a law in Missouri have mostly failed, though a few years ago then-Gov. Jay Nixon vetoed such a bill.)

Indeed, finding any legal case in the Kansas City area that involves Shari’a or Islamic custom is close to — but not quite — impossible.

Soon after the law was passed, a divorce case came before a judge in the Johnson County District Court. It touched on a traditional Islamic premarital agreement called a “mahr.” In that agreement, the groom agreed that in case of divorce his wife could demand payment of 1,354 gold coins valued at $500 each ($677,000 total). She did.

It was a complicated case in many ways. The divorce was granted but the judge said he could not, and would not, enforce the mahr — a conclusion he’d certainly have reached with or without the anti-Shari’a law.

So what possible value are such laws?

Raj Bhala, who teaches law at the University of Kansas and who has written the definitive book about Shari’a, Understanding Islamic Law: Shari’a , answers this way:

“None. . .If there’s any conflict between Shari’a and U.S. law, then the court will not enforce Islamic law. Instead it would use U.S. law. It has to (because of the “Supremacy Clause” of the U.S. Constitution). The criticism of ‘creeping Shari’a’ to overthrow the U.S. Constitutional system is Islamophobic and is factually and legally unfounded. If a court did that it would be overruled and go all the way to the Supreme Court.” (By the way, Bhala is a Catholic, not a Muslim.)

“It’s insane. This idea that there’s some danger, some risk or some possible adverse consequence to the general public or any of us from Shari’a law is, as far as I can tell, a solution looking for a problem.”

Ahsan Latif is a Muslim lawyer who now works for the Kansas Corporation Commission. As he did when he was in private practice, he continues to help Muslims create Shari’a-compliant wills and trusts. The Qur’an establishes detailed inheritance rules.

If Muslims want to follow those rules, Latif can write them into a will. If there’s a dispute about the inheritance among survivors, it’s possible that the courts would have to settle it. But that would be no different from the courts settling any disputed will, whether its terms were based on religious ideas or not. Torrence knows of no such Islamic will or trust cases in his 17 years on the bench.

So even though worrying about Shari’a replacing American law is a worthless exercise, that doesn’t mean Shari’a never comes up in American courts. It can and does.

Bhala says that it can come into play “in business law and in banking and finance law plus insurance and contract law.” And, of course, divorce cases as well as wills and trusts.

Thomas C. (Tim) Owens, a former Kansas state senator who now does volunteer legal work in the Johnson County District Court through the Kansas Legal Services help center, told me about a case he helped with that involved an American-born woman who agreed to marry a Muslim man who already had two other wives. (Islam allows men to have as many as four wives if they can support them and treat them well.)

“She was okay with that under Islamic law,” Owens said. “But her marriage wasn’t recognized here because when you’re wife No. 3 in line you’re marriage isn’t recognized under American law.”

So, in the end, there was nothing the courts could do to recognize that marriage and thus could not consider granting a divorce in the U.S.

Islam, of course, isn’t the only religion with its own laws. There’s Catholic canon law, Jewish law and Hindu law. Courts almost never deal with them, though a Johnson County court did rule in a Protestant dispute in 2015. A Presbyterian church in suburban Stanley, Kansas, suffered an internal split. Both sides wanted ownership of the building and property.

The judge in that case decided that denominational rules were binding and not in conflict with civil law.

Courts always (and must) make rulings based on federal, state or local civil or criminal law. Fearmongering about Shari’a hasn’t — and won’t — change that.