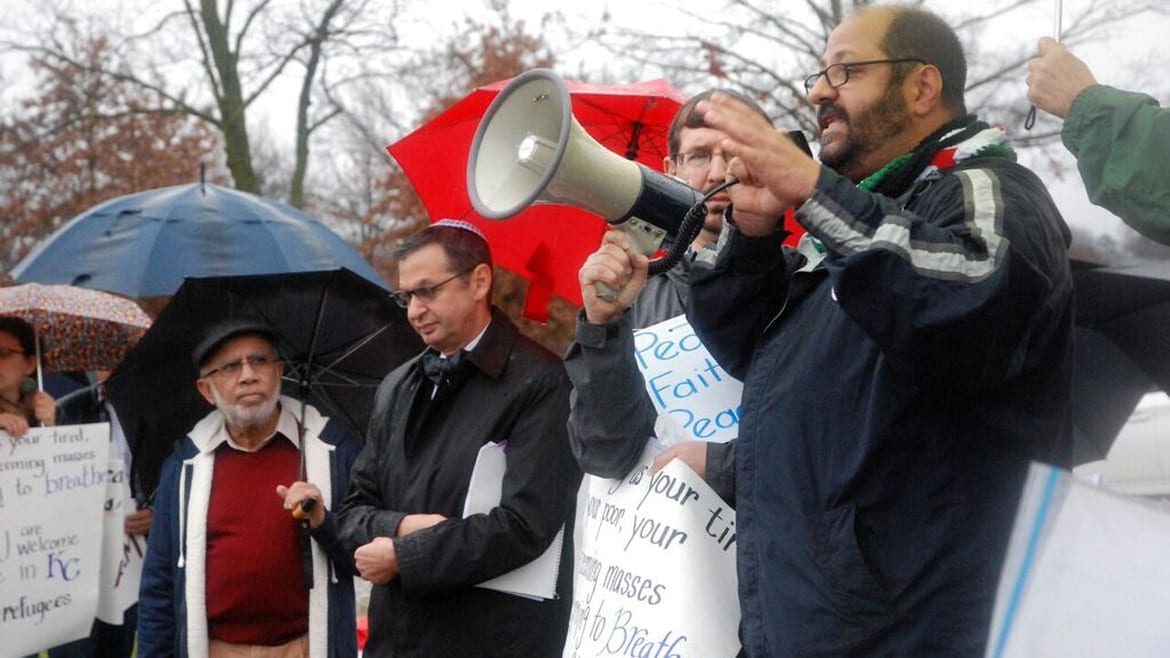 Syrian immigrant Fadi Banyalmarjeh speaks during a rally hosted by "People of Faith for Peace," while to his left group member Ken Sonnenschein and Rabbi Douglas Alpert look on. Banyalmarjeh, who came to Kansas City via Kuwait, stressed to the crowd the difficulty for refugees to meet the government's requirements. For more from him, click play above. (Photos and audio by Steve Mencher | Flatland)
Share this story

Responding to calls for a halt to the settlement of Syrian refugees in the United States, an ad hoc group of Kansas City faith groups, organized under the name “People of Faith for Peace,” held a rally Sunday at the Liberty Memorial. About 100 people braved the afternoon’s rainy weather and answered the organizers’ call to emulate the welcoming message on the Statue of Liberty and reject the idea that Muslims should be even more carefully scrutinized upon entering the U.S. — or barred altogether— after recent attacks in Paris and San Bernadino.

Among those addressing the rally were Rabbi Doug Alpert, writer and activist Ina Younis, and Syrian refugee Fadi Banyalmarjeh, who told Flatland that Americans should understand how difficult it is for refugees from Syria to meet all the government’s requirements for immigration.

Listen to an audio clip above, and view the slideshow below: