Searching for the ‘Smart’ in New Kiosks 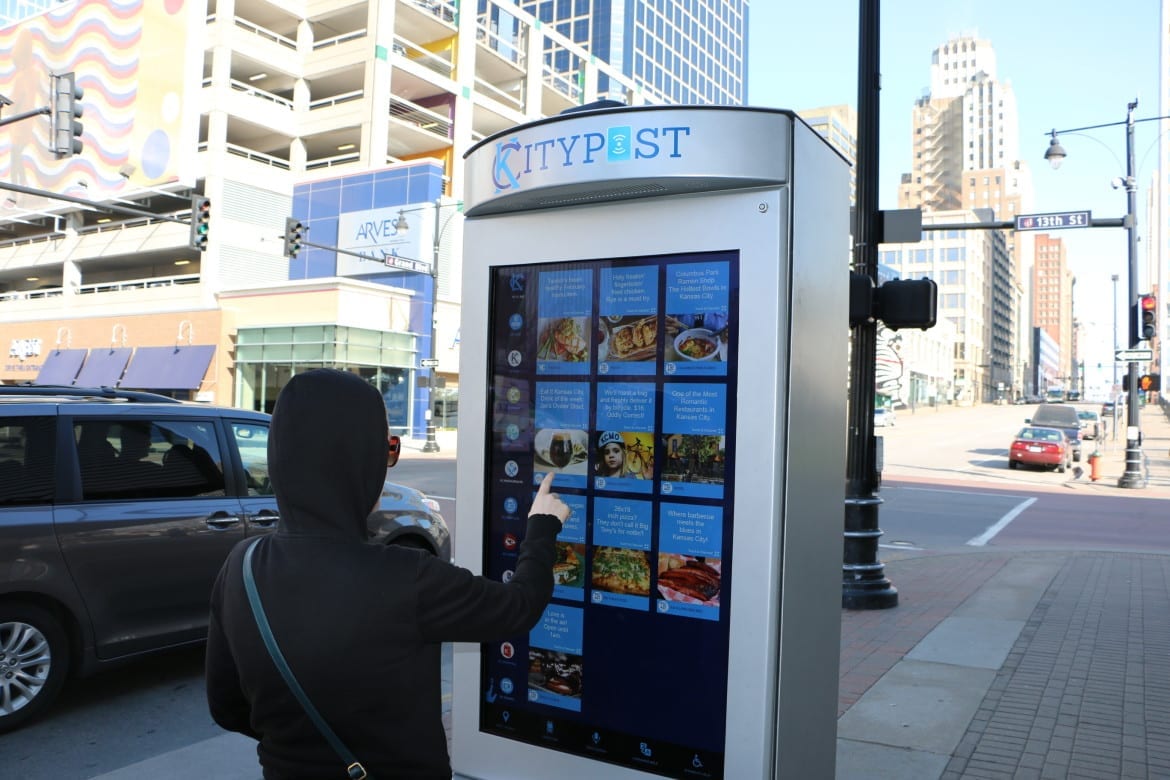 Downtown kiosks are part of the Smart City Initiative, aiming to give users access to Kansas City events, restaurants, and points of interest. How smart they are remains to be seen. Users found one of the kiosk's frustrating features is that it resets itself to the home screen after 24 seconds, usually not enough time to finish reading the information that was clicked on. (Photo: Daniel Boothe | Flatland)
Share this story

As part of Kansas City’s Smart City Initiative, these two kiosks are the first of 25 that the city plans to implement throughout downtown by May.

Last year, the Kansas City council approved a $15 million proposal with San Francisco-based computer giant Cisco Systems Inc., to turn a two-mile stretch of the streetcar line into a Smart City network. It is hoped the project will make Kansas City the largest digital city in the country.

Designed by the New York-based company City Post, the kiosks aim to give users access to Kansas City information, activities, and services. Resembling a large iPhone with touch-screen apps, Kansas City’s Chief Innovation Officer Bob Bennett estimates that the kiosks cost the city around $1 million out of the $15 million dollar budget to construct.

The screen’s interface is laid out like a smartphone: Various applications connect the user with events, nightlife, restaurants, parks, and various points of interest. And Google maps gives directions from the kiosk’s location.

After Flatland’s exploration of the kiosk, the question remains: Does the kiosk do anything that a smartphone can’t do?

“No, they do not,” Bennett said. “As a matter of fact, you can download the kiosk as an app onto your phone,” he said. “And that is what we want.” 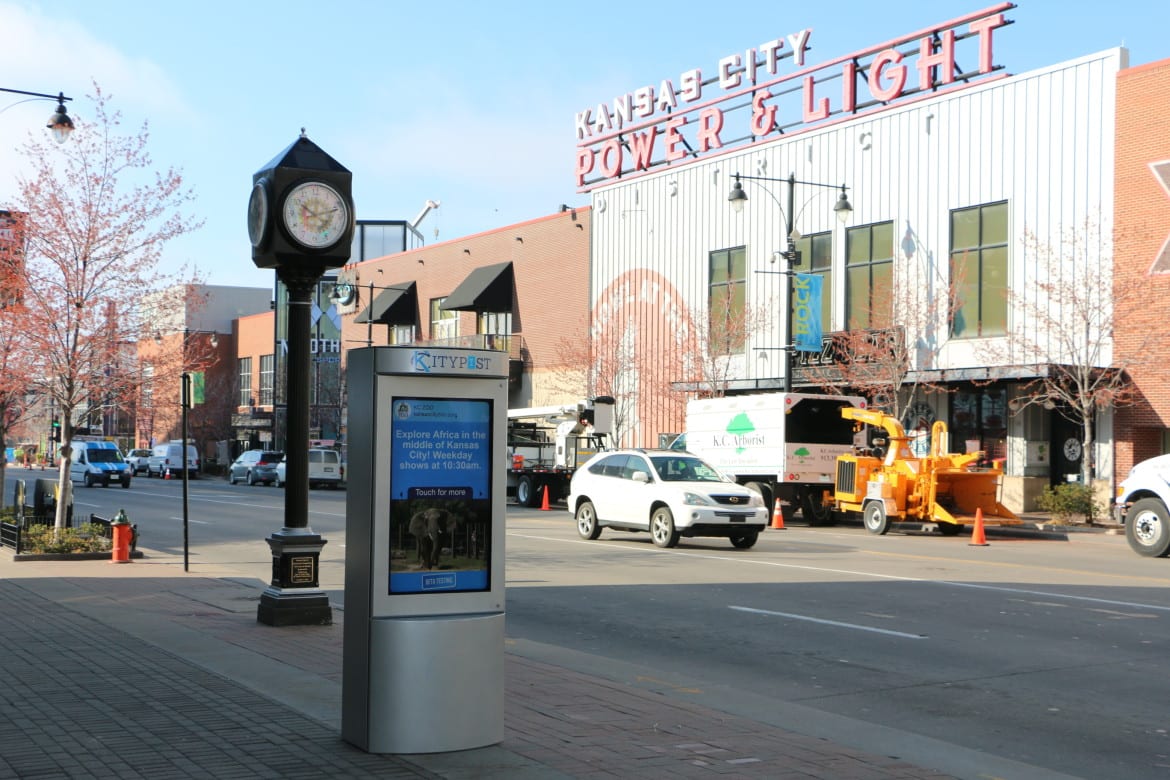 Bennett said one key function of the kiosk is to help the growth of local businesses, and those who download the app will receive coupons and information from those businesses direct to their phones. He also envisioned the kiosks as a social networking tool, as both a meeting place and a way of exploring the city as a group.

“I really feel in the next few years the term ‘Meet me at the kiosk’ will be part of the Kansas City vernacular,” he said.

Still, for the casual observer, it is hard to see the kiosks as anything more than an outdoor digital events calendar.

While Bennett said the kiosks will eventually have a 911 call button, it currently does not connect a user with emergency services. When the streetcar is launched May 6th, the kiosk will give live streetcar locations. The kiosks do not, however, give bus information, help a user order a cab or Uber car, or reserve a Bridj, the new shuttle system that has partnered with RideKC.

On a recent beautiful afternoon at 13th and Grand downtown outside the College Basketball Experience, Flatland observed the kiosks in action. Most people walked right by them, but three stopped to try them out. Their reactions focused less on what the kiosks do, and more on what they do not do:

They do not give up-to-date weather conditions, breaking news, or live sports scores.

They do not allow users to browse the internet, login to email accounts, or offer a phone charging port.

They do not assist in making reservations at restaurants, or purchase tickets for events, or suggest anything that is specific to the kiosk’s individual location.

While these functions are not currently available on the kiosks, Bennett said there is the capability to add them. He points out that this project is in its beginning phase. For now, the kiosks seem to be less about practical application, and more about novelty — putting a physical presence of technology throughout the city. But it remains to be seen how “smart” that presence is.

The Birth of a 'Smart' Kansas City