The High Cost Of Allowing Concealed Carry In KU Hospital 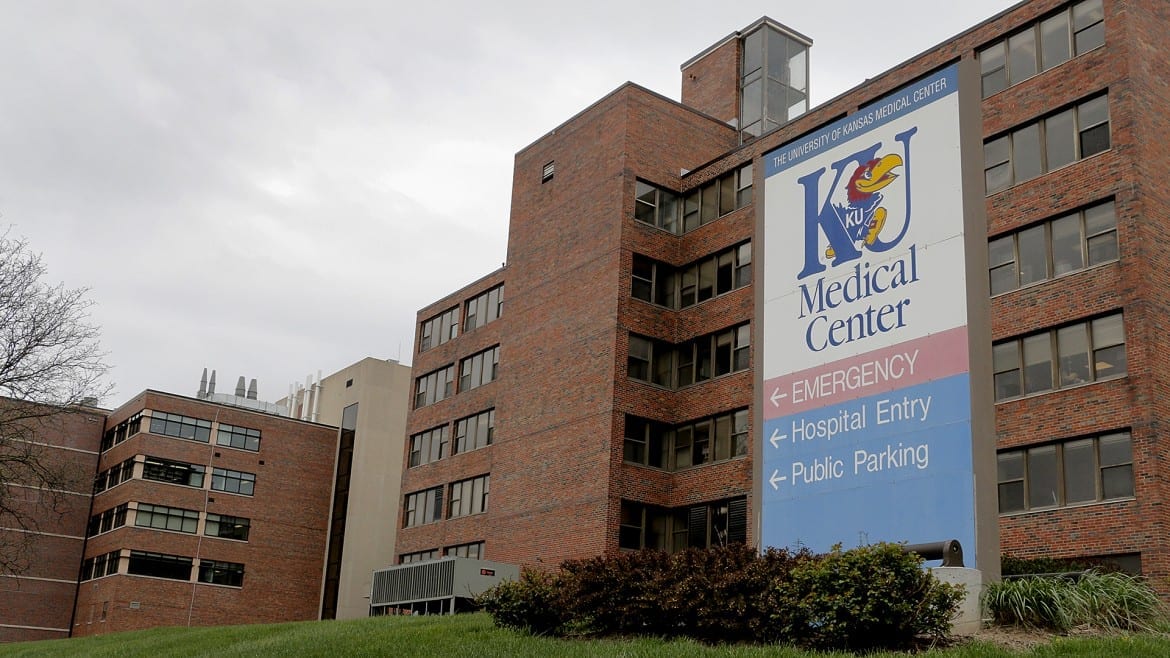 The University of Kansas Medical Center in Kansas City, Kansas, along with adjacent KU Hospital are hoping they won't have to allow concealed guns on their campus. (File photo)
Share this story

The fight is raging on in Topeka over whether to roll back a law that would let almost anyone carry a concealed gun on a college campus, in a library or public hospital.

The debate has mostly been around whether guns enhance or detract from people’s safety.

Less talked about is just how much allowing guns on campuses could cost.

For one Kansas City-area institution it could run into the millions.

Most Kansas Board of Regents institutions have said they have little choice but to let people carry concealed weapons on university or community college campuses.

Any of the institutions could prohibit guns but they would have to buy metal detectors and post armed guards at each entrance of every area that they want to keep firearm-free.

Across the 36 campuses there are 800 buildings with who knows how many doors.

Any of the institutions could prohibit guns but they would have to buy metal detectors and post armed guards at each entrance of every area that they want to keep firearm-free.

KU Hospital and Medical Center says there are more than a hundred access points around its complex in a maze of buildings that have been stitched together over the decades.

“We’re talking about tripling the size of the department,” says Med Center Chief of Police Richard Johnson. “Clearly, the hospital is going to continue to take the approach that whatever needs to be done to keep the staff and patients safe is what we’ll do,” Johnson’s been lobbying for four years against the concealed carry law.

KU police starting pay is $47,493. So just adding 20 sworn officers to the department would cost a minimum of $1.2 million.

That doesn’t include the cost of the added security guards, dispatchers, or overtime.

Starting pay for security guards and dispatchers is $31,000 a year.

The metal detectors run somewhere between four and five thousand dollars each.

“That would take money away from important patient care advances and staff advances and that would be a big challenge for us and it would be difficult for us to understand why we would be put in that position,” Johnson says.

A position, KU says, that would put it at a competitive disadvantage with other metro hospitals, all of them private.

But does KU Med really need that much security, asks Representative Eric Smith a Republican from Burlington. “What are you attempting to do by tripling your force? Are you going to try and cover all 100 access points that he (Johnson) estimated? Or what is your intent at that point?”

Smith is a deputy sheriff by trade and he’s been tough in committee hearings on those who want to roll back the concealed carry law.

And, Smith says, he’s quite sure KU’s pricey security plan  is not an unfunded mandate by the Legislature.

“If they believe that’s the course they have to go, that is not us mandating, that is them making that choice to go in that direction.”

But for Representative Louis Ruiz, a Democrat that represents the district where KU Hospital sits, a million dollars or more on extra security is a waste and money the hospital shouldn’t even have to think about spending.

“Wyandotte County where we’re at, our health outcomes are the worst in the state. Maybe we should look at research as to why this is happening and what we can do to remedy that situation instead of spending money making sure people can carry guns or not carry guns into a location,” Ruiz says.

His solution? He and many others simply want lawmakers to roll back  the concealed carry law that takes effect in just five months.

But the politics around this is tricky. The committees that are hearing testimony on the roll back are a bit more conservative than the Legislature in general.

So much what’s happening now is laying the groundwork for a fight on the House and Senate floors.

Sam Zeff covers education for KCUR and the Kansas New Service. He is co-host of the political podcast Statehouse Blend. Follow him on Twitter @SamZeff. For more coverage of health, education and other issues, go to kcur.org