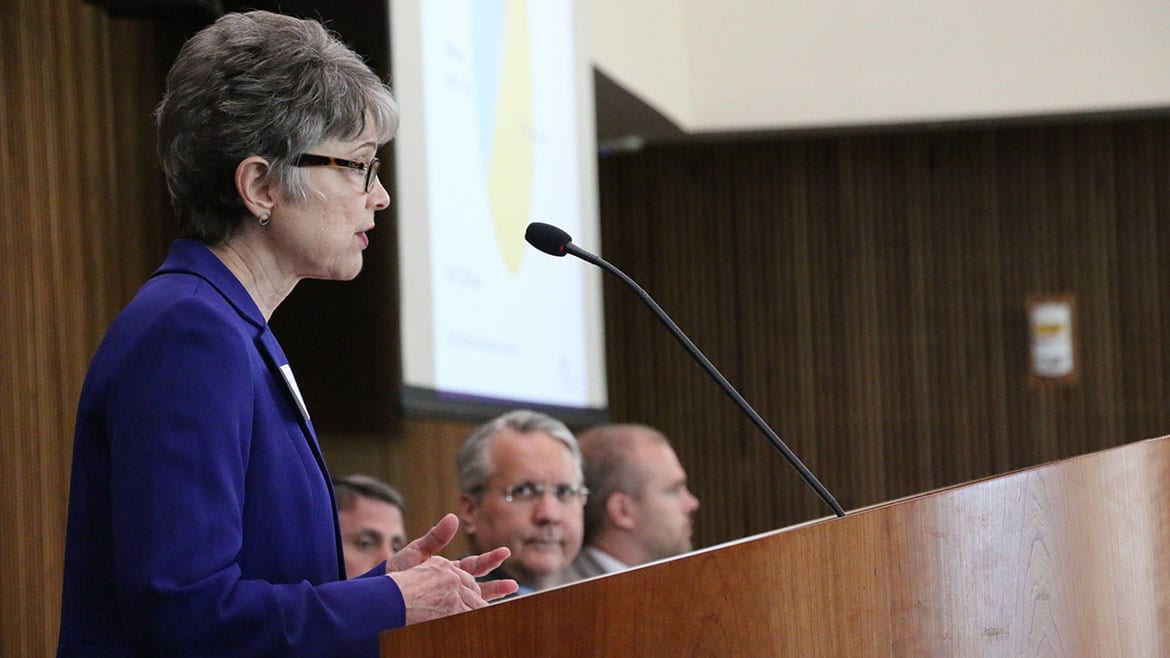 Johnson County social service providers should target more services to residents who don’t have children, including low-income couples and at-risk young adults, according to a nonprofit that supports social service agencies in the county.

“I know we would all like to see a robust safety net that offers support to individuals at every age and at any life stage,” said UCS Executive Director Karen Wulfkuhle. “But our collective influence over the federal and state policies that shape and fund the public safety net is limited. However, we can create a stronger community safety net by offering a range of assistance to not only families with children, but to transition-age youth and childless adults.”

Wulfkuhle said 42 percent of the 36,000 county residents who live below the federal poverty level are transition-age youth, generally defined as those between the ages of 18 and 24, and childless adults under the age of 65.

For the past four years, UCS’ annual summit has spotlighted poverty in one of the most well-to-do parts of the Kansas City metropolitan area, part of what’s been termed the “suburbanization of poverty” occurring throughout the country.

According to U.S. Census data analyzed by UCS, the number of residents living in poverty in Johnson County increased by 135 percent between 2000 and 2013. UCS estimates that, if the rate of growth continues at that pace, one of every eight county residents will live in poverty by the middle of the next decade.

Out of the 225,000 poor residents who live in a six-county area within the Kansas City area, Wulfkuhle said, a third live in what can be considered suburban counties: Cass, Clay and Platte in Missouri and Johnson in Kansas.

In addition to calling for strengthening the safety net, UCS also recommended that social service providers:

Other conference attendees recommended strengthening the safety net by:

One organization represented at the summit, Catholic Charities of Northeast Kansas, focuses on serving homeless men and other populations without children.

UCS is coordinating its anti-poverty effort with Johnson County’s government, which in a strategic plan adopted last year made it a priority to undertake “strategic approaches to improving the lives of vulnerable populations by addressing emerging poverty and crime through job creation.”

“But in partnership with UCS,” he said, “we do believe there are ways that we can address and mitigate the effects of poverty in this county, in this community, and hopefully begin to decrease that rate.”

Tags: Getting By in KC • health