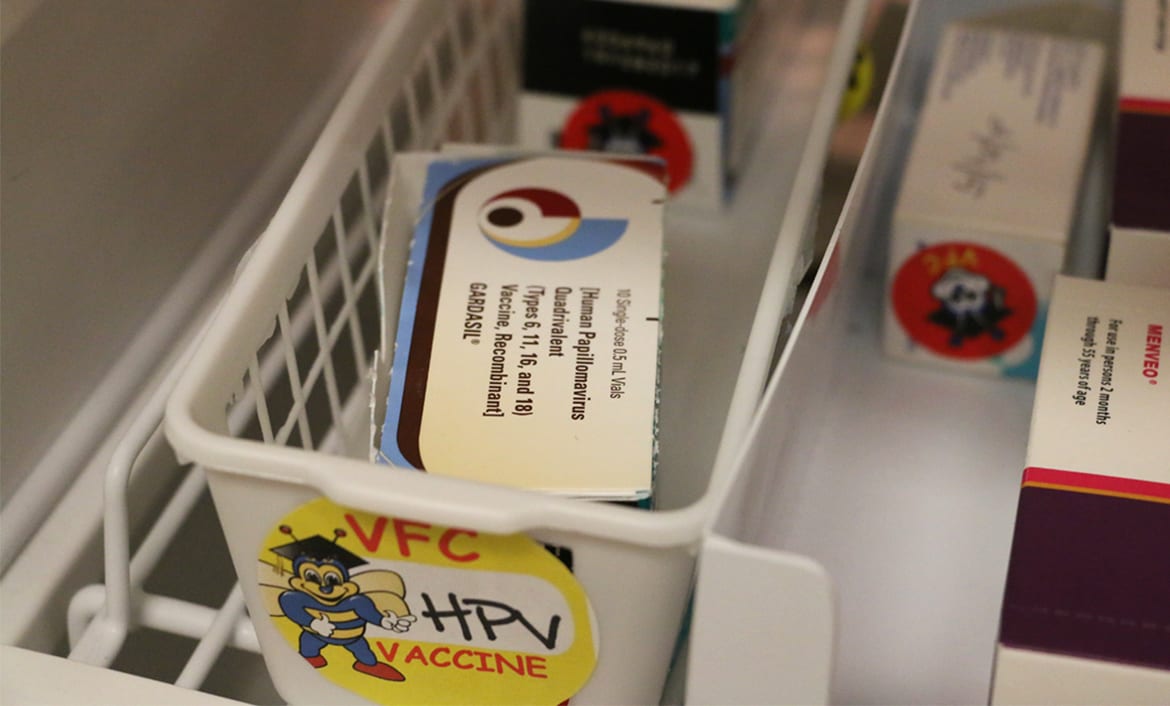 It might be a stretch for the United States to achieve an 80 percent vaccination rate against the human papillomavirus (HPV) within the next four years, as envisioned by the Healthy People 2020 plan set out by federal health authorities.

Although HPV is a leading cause of certain cancers in both men and women, the U.S. Centers for Disease Control and Prevention says that nationwide only about 40 percent of girls aged 13 to 17 receive the full, three-dose regimen. The rate is half that among boys in that age range.

Reaching the national goal would appear even more out of reach for Jackson County, where the health department says only about 9 percent of adolescents get the three-dose regimen.

But with a new, $35,000 grant from the National Association of County & City Health Officials (NACCHO), county health officials are hopeful they can get closer to the goal. Jackson County is one of 10 local health departments to get grants from the association, now in the second year of its HPV Project.

“If we could get to 50 percent, that is a huge step in the right direction,” says Sharon Engelman, a clinical nurse manager with the Jackson County Health Department.

HPV is the most common sexually transmitted infection in the United States, according to the CDC. Most of the infections are asymptomatic and resolve spontaneously within two years. But two particular types account for approximately 70 percent of cervical cancers worldwide.

The CDC says that HPV likely accounts for nearly 27,000 new cancer cases annually in the U.S.

Kansas is also grappling with low uptake of the HPV vaccine. Teens in the state have the lowest HPV vaccination rate in the country along with Utah.

The grants will assist development of HPV vaccination action plans, and the first group of grantees used their funding to devise a variety of strategies.

The action plan is due by June, and Engelman says the goal of the document will be to overcome the barriers to reaching more adolescents. Sometimes, she says, the problem is simply that parents can’t afford to take time off from work to get their child to a clinic.

But practitioners also have had to overcome resistance from parents who fear that adolescents will feel emboldened to have sex after receiving the vaccine.

“Nobody likes to think of their child being sexually active,” Engelman says. “That is a huge barrier.”

Dr. Miranda Huffman, a family physician at Truman Medical Centers, says the public health message is starting to sink in with parents.

Huffman first brings up the subject of HPV vaccinations when a child is 10 years old. She says it usually takes a couple of visits before parents get on board.

“I find increasingly I have parents who are OK at that first visit,” she says.

Even so, Huffman says she would like to see a local action plan that spreads the message that the HPV vaccine is not about sex.

“This is really a cancer prevention vaccine,” she says.

Combating Cancer with a Vaccine

The science behind farm herbicides and cancer

The Fight Against Cervical Cancer is Winnable. So Why Is Kansas Losing?

A compass for cancer: how one patient navigator makes a difference

Putting A Price Tag On The Chase For Cancer-Fighting Excellence