What do Gov. Brownback’s tax cuts mean for businesses and entrepreneurs? 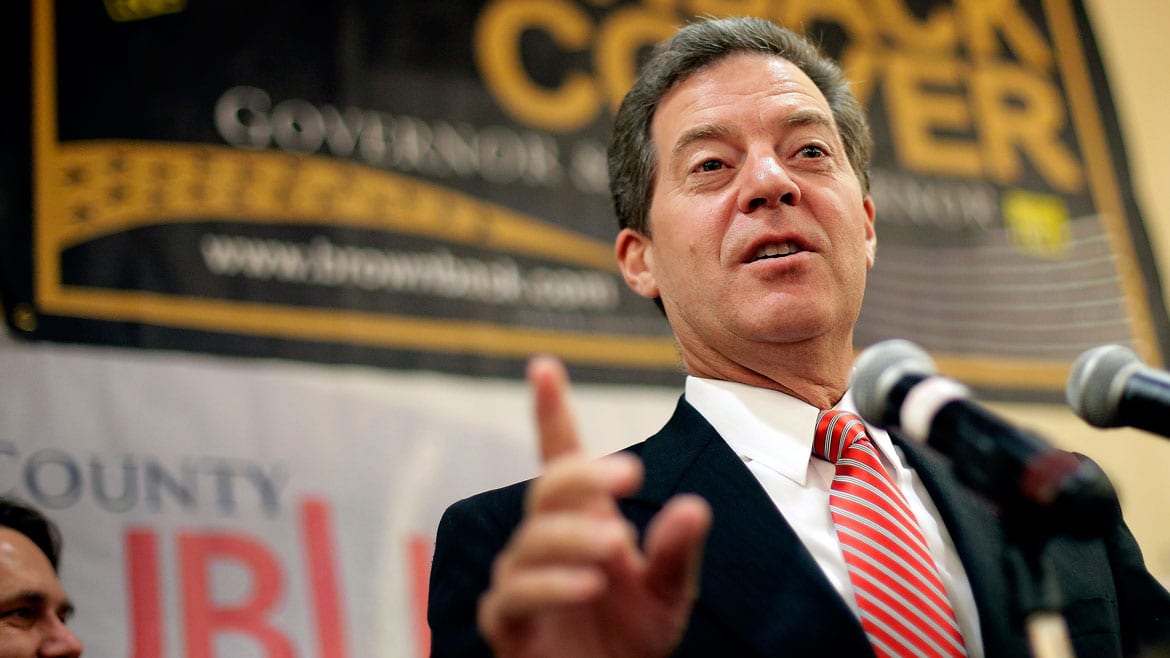 Last year, Republican Kansas Governor Sam Brownback and the state legislature enacted huge tax cuts, slashing income taxes and exempting some business income from state taxes. Now, as the election approaches, the governor is struggling to persuade voters that the cuts have actually fueled an economic comeback for the state.

Federal statistics show that the rate of private-sector job growth in Kansas lagged behind the nation’s during Brownback’s first term. It also has slowed since the first income tax cuts he pushed took effect in 2013. State credit ratings have been downgraded, and a budget shortfall is forecast for mid-2016.

Brownback has faced months of criticism over personal income tax cuts enacted at his urging.

Melissa Roberts is the marketing director at the Enterprise Center of Johnson County. She said her concern with the Governor’s tax cuts is the potential threat they pose to the angel investment tax credit, a program where businesses apply for tax credits from the state and offer them to investors.

“I don’t have the data to determine whether or not Sam Brownback’s entire strategy has worked, but what I know is that tax credits, which are endangered by tax cuts, are what’s working to drive job creation in a big way in the Kansas economy right now,” she said.

She said she thinks tax credits are proven to help businesses in Kansas, especially entrepreneurs. And, she said there’s only so much money to go around.

“There’s a finite amount of money,” she said. “There’s one pot to go around, and under the current strategy there are a lot more people clamoring for their piece of the pie, as the pie is getting smaller.”

Dave Hulson started his company, RFP 365, in 2012. He said he has greatly benefited from the angel investment tax credits available in Kansas. In fact, the tax credit is a huge reason why his business is located in Kansas instead of Missouri.

“If the tax credits are are a way to get new money interested in the startup scene, then I think that has a lot of long-term benefits to our community of companies,” he said.

“At the end of the day, taxes are a real thing. If I had more money at the end of the year, as retained earnings for me to spend more on salaries and marketing opportunities, absolutely that would make a difference,” he said.

The controversial tax cuts may have an effect on the total amount of money collected by the state. In October of this year, Kansas’ tax collections fell $23 million short of expectations.

According to the Department of Revenue, the state collected $417 million in taxes, or 5.2 percent less than the $440 million anticipated.

Some people have raised concerns about how this shortage will affect government services like schools, parks and other public amenities.

Moving forward, Roberts said she has one suggestion for lawmakers.

“I’d encourage anyone who has interest in writing policy affecting entrepreneurs to talk to entrepreneurs,” she said. “Ask them what they need.”

The Associated Press contributed to this report.

Plus, Gay Marriage stealing the heaadlines on both sides of state line & Sprint slashes jobs