Gatherings Create ‘Community of Reason’ Each Week At UMKC 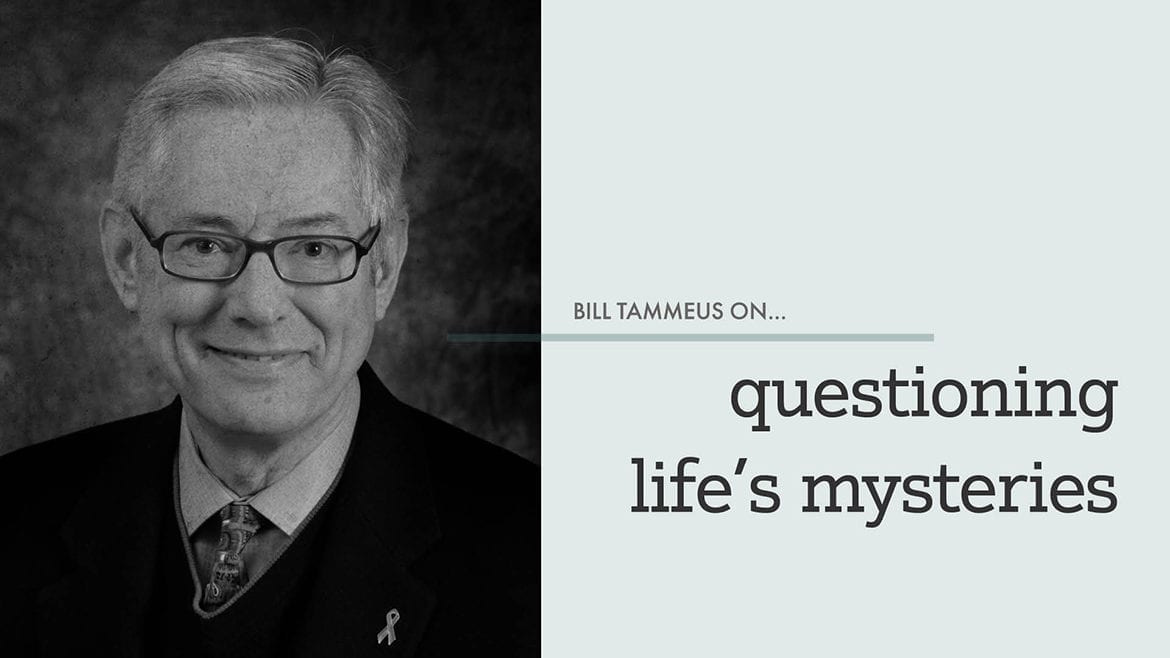 A major story about religion in America in recent decades has been the decline of various Christian denominations and the rise of the religiously unaffiliated to about 25 percent of the adult population.

But for all those decades, a group of people mostly outside of faith traditions has been operating in Kansas City. Just like congregations, its attendance varies. But it continues to meet weekly — on Sunday afternoons in a third-floor classroom at Haag Hall at the University of Missouri-Kansas City.

It’s now known as the Community of Reason, but its origins trace back to Theory Council of the Foolkiller, a 1970s cultural organization led by Verle Muhrer, a now-retired instructor of philosophy at Penn Valley Community College.

A woman who now helps organize weekly programs, Theo Schubert, says that when she joined the group in the early 1990s there was a lot of arguing, mostly among the male attendees. In fact, she took to calling it the “wounded bear watering hole” because “all these big marvelous wonderfully intellectually equipped males were just at each other’s throats.” That made her reluctant to invite female friends to the group. But, she says, things have changed for the better now, and there’s lots of good discussion involving both men and women.

Subjects range from politics to economics to history and beyond. In January, there were sessions on the Israeli-Palestinian conflict, the so-called “Fourth Industrial Revolution” and “Why Trump Matters.”

When I visited the group recently, the discussion was lively, but when it began to break down with more than one person speaking at once, Schubert suggested firmly that everyone might want to hear what others were saying. Bingo. Order restored.

The early days of the group could have used some of that orderliness. As member Fred Whitehead explains, the original group was inspired by Paul Kurtz, who taught philosophy at several eastern colleges and became known as the father of secular humanism. Eventually, the gathering began to call itself Eupraxsophy, a term Kurtz coined. But, Whitehead said, “After various serious problems (internal personality disputes, etc.) core people reorganized it as the Community of Reason.”

The community, Whitehead said, “provides an opportunity to keep our brains alive during an era when that seems to be particularly challenging in broader American culture. If our group is small, we have at least accomplished that modest goal.”

The group is racially diverse and many members are near or past retirement age. And they come from a variety of spiritual backgrounds.

Whitehead, for instance, grew up in a Presbyterian church in western Kansas, though he long ago left church.

Member Michael Hoey says he “used to be rather religious.”

“My mother got involved with the Mormon Church when I was young,” he said. “I used to go. But I had questions about the whole Joseph Smith story, so I got involved with the church here in Independence. I joined the RLDS (Reorganized Church of Latter-day Saints, now called the Community of Christ) in 1996, I think, when I was still out in California. Then I moved to Independence 12 years ago. Then I kind of lost my belief system.”

When I asked member Ian Munro, a retired William Jewell College professor, about his own world view, he responded that “it’s interesting you phrase it in religious terms. My ‘world view’ has no religious components, although I’m interested in all religions and have taught courses at Jewell on or including elements of Islam, Buddhism, Hinduism, Christianity and Taoism.”

Schubert, when asked how she’d describe herself in terms of faith, said, “I don’t ever describe myself religiously because the thing is, if you’re going to be philosophically accurate, no one has the capacity, the ability to be an atheist. It’s true. It’s a misnomer. So I continue to be puzzled by the mysteries just like anybody else. There’s just so much to try to figure out.”

And Hoey, who participates in various activities at both the United Methodist Church of the Resurrection in Leawood, Kansas, and Village Presbyterian Church in Prairie Village, Kansas, said if there’s a world-view term that applies to him, it would be “free-thinker.”

He says he’s quit thinking one way or the other about religion and is “… more into trying to figure out what it means to be a patriotic American.”

“I don’t really care what people call me, but I no longer believe in the kind of god that people believe in who’s up there controlling the weather and making rule books and trying to get people to use priests as some kind of divine whatever,” he said. “So I’m more likely to refer to myself as an agnostic.”