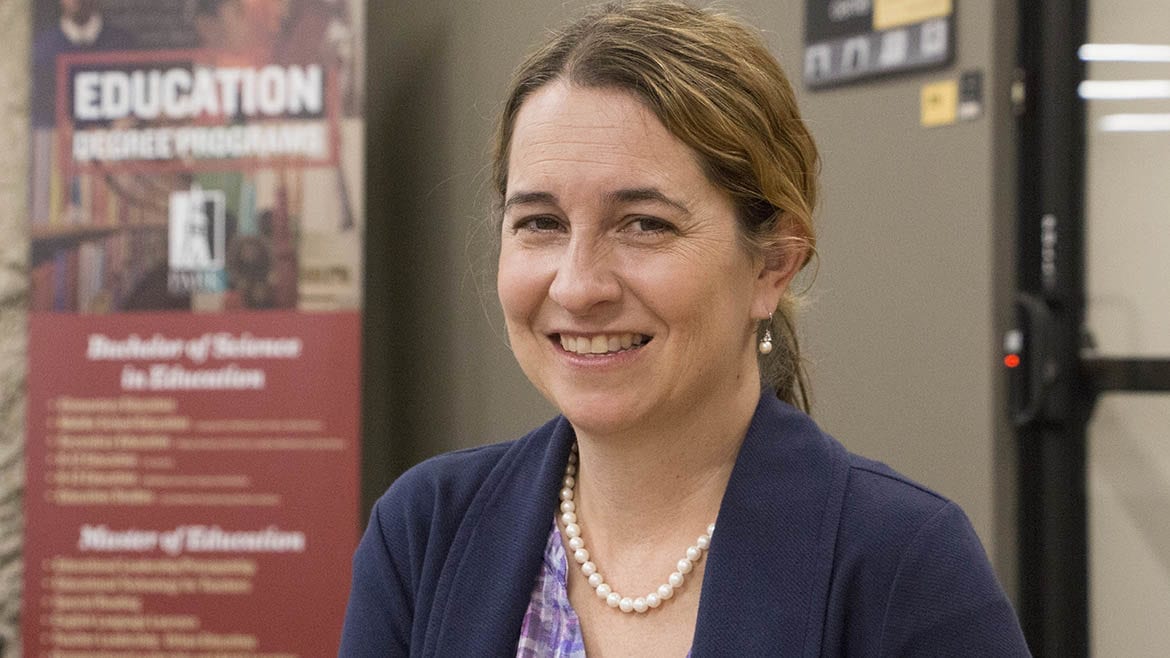 When it comes to education and work, many foster kids are already at a disadvantage when they enter the system, often coming from families beset by generational poverty.

Unfortunately, their circumstances are not much improved once they “age out” of foster care, according to findings in a national survey by the organization Child Trends. The survey found that:

“This group faces limited economic and social capital, which limits the number of opportunities they might find or pursue,” said Damon Guinn, assistant director of the L.P. Cookingham Institute of Urban Affairs at the University of Missouri-Kansas City. “If they are less likely to get a high school degree, it limits their earning potential.”

In Kansas, we hear of kids missing and unaccounted for in the foster care system. Out of Missouri comes news of a St. Louis woman charged with beating her 3-year-old foster child to death.

Yet beyond those headlines is another problem with the foster care system that receives much less attention: the plight of kids who “age out” of services. At 18 in Kansas and 21 in Missouri, youth who have not been placed back in their home or received any other permanent placement are all but cut off from the system that’s been supporting them — sometimes for years.

And this comes at a time when the nation’s foster care population continues to grow, totaling nearly 440,000 kids, according to national statistics released last year, a trend that some observers say is due, in part, to the nation’s opioid epidemic.

In this three-part series, Flatland illuminates the struggles of the these young adults. The series also highlights the nonprofit safety-net network that helps serve this at-risk population. The installments cover three areas:

These deficiencies persist despite various efforts on the federal, state and local levels to help foster children, and other disadvantaged youth, make their way into the world of work. For its part, UMKC is hoping to emulate a successful program at Park University in Parkville, Missouri.

According to the group Advocates for Children, it can take up to six months to catch up academically each time a child changes schools. And students who move around a lot have lower test scores and are more likely to be held back than their peers. These statistics are particularly important for foster youth: a 2005 study of former foster youth in Oregon and Washington state found that 65 percent of respondents had changed schools seven or more times.

Meanwhile, according to a  2010 report by the National Governors Association, each foster youth who drops out of high school costs the public sector $209,100 over their lifetime because of lost wages and increased need for public services.

The federal Fostering Connections to Success and Increasing Adoptions Act of 2008 requires welfare agencies to keep children in the school they are attending upon entering the system. The agencies are also required to make sure each student is attending school full time.

One experiment at the state level is Virginia’s Great Expectations program, which covers tuition and fees at community colleges for at-risk youth, including those formerly in the foster system. Officials estimate that it could save the state $10 million a year if it can eliminate achievement gaps among this population; the program costs $1.5 million annually.

Missouri’s Reach Program waives college tuition for this group through age 23; in 2017, it provided funding for 20 students at a cost of $188,000. The state’s Credential Completion and Employment Financial Assistance Program offers an additional $450,000 as short-term, targeted monies to help foster youth up to age 26 earn a credential or specialized training.

In Kansas, for instance, the ETV program last year helped 356 young adults with funding at an average amount of $1,976 per student, totaling $695,789.

Missouri’s program has had some stumbles, according to a report issued this year.

The first year of funding was last year, and at the end of 2016, after reaching out to hundreds of potential students, only two had enrolled, and 43 others were considering it.

The report also identified significant barriers faced by participants, including everything from a stolen phone to a death of someone close to them, that “prevents them from moving forward in a linear way, instead it’s a start and stop and start again process.”

Many of the people wanting to take part had outstanding balances owed to community colleges, which were requiring payment before enrolling them in a training program. Others didn’t have cars, making it difficult to get to school, particularly in rural areas. And finally, many were reluctant to quit the financial security of a full-time job to go back to school.

A Place At Park

About three years ago, social work professors at Park University identified that there was a growing number of homeless young adults in the Kansas City area. And who better to house this population than colleges?

“We know how to house, support, feed and help them,” said Tami Radohl, assistant professor of social work at the university. “We had empty dorms and thought, ‘What if we use this empty dorm space and circle the wagons and bring this together?’”

In 2016, Park quickly found four students to participate in a pilot program.

The Fire Within Fuels Path From Foster Care to UniversityDakota Kinslow completed high school by acing tests. His chaotic home life made it impossible to complete work outside of class. He shuttled between various family members after the court removed him from his home when he was very young.…

Truman Medical Center and Synergy Services Inc., which assists victims of family violence, are partners in the transitional living program. Participants receive health services and behavioral health counseling from Truman, and Synergy provides supports via a case manager from its Park campus site.

Rachel Francis, director of youth services for Synergy, said the foster kids she works with are much like other youth in Synergy’s programs: They are all working through trauma, and many don’t have the experience to be independent adults.

Radohl said that unless former foster youth have a fantastic caseworker, take part in CASA or have unusually good relationships with school counselors, many graduate and “fall off the map.”

“So much of their natural support system as they age out is contrived, so once they get out, they don’t have one,” Radohl said. “It’s about building a life skill capacity that we all learn from our parents and families, but those we come into contact with don’t have those resources.”

Synergy helped one participant work through insurance and buy a new car after an auto accident. Case managers check in to see whether students are doing their homework, attending classes, going to doctor’s visits and paying bills.

Just two years in, Radohl said they have learned a lot about what these students need from a university.

Two of the four that started the program in 2016 dropped out. Three more joined this past year, including a former foster youth connected through the Court Appointed Special Advocate (CASA) program, leaving a total of five in the program for the upcoming fall semester.

Students have praised the case management services. They have also lauded the welcoming environment that, Radohl said, was meant to facilitate a “graduated disengagement of social services.”

The students have requested more assistance with budgeting and finances, and they have also suggested some sort of allowance to do their own laundry or pay for the occasional Uber ride. (They are encouraged to cut back on work hours to concentrate more on school.) Many came into the program without a driver’s license or car.

Program officials also discovered things Park could do better for all of its at-risk students. When they started looking at this population, they found that a lot of students don’t have enough food at home. To help with this, they opened a campus food pantry. They also ramped up academic support to ensure there would be enough available for those who need it.

A Price To Pay

The cost of the Park program is $9,476 for room and board per year. During the summer, the cafeteria is closed, so the students are responsible for their own food, but they can continue to live on campus at no cost. They also receive a $300 monthly stipend, or $3,600 annually.

The students in this program are full time and eligible for federal student aid. Park provides scholarships to pick up any tuition remaining after other assistance, and Truman Behavioral Health pays for housing and the students’ stipends.

Radohl has been working on tracking outcomes.

She is also tracking grades, attendance and retention in the program. Radohl used standardized assessment tools to compare to a control group on campus to find out how these students experience campus life.

The at-risk students had higher scores in all domains than their peers, including life satisfaction scores that were respectively 84 and 65. The at-risk group also rated their feelings of safety at 9.2 on a scale of 1 to 10; their peers scored 6.75 on this metric.

Radohl acknowledged that the disparity could be due to the fact that the control group had not experienced the same trauma as the formerly homeless students.

Will It Work Elsewhere?

Radohl has given presentations on the program around the country. She admits Park has been lucky because of the support from its administration, Synergy and Truman.

Across town at UMKC, it’s a slightly different picture. Housing and funding have been a challenge, said Guinn, the official with the L.P. Cookingham Institute of Urban Affairs.

Ideally this program uses nearby dorms, which reduces transportation barriers and ensures good access to classes, on-campus work opportunities and social supports. But the limited housing at UMKC is full, Guinn said.

When program officials found they couldn’t secure dorm space, they began talking with local developers and landlords. They are currently in discussions about various options but haven’t made any agreements.

They have already identified five homeless college students eligible for the program. Those who are aging out of the foster care system would receive wraparound services and support from Truman and Synergy.

Based on the price of student housing at UMKC, officials estimate the program would cost just under $14,000 a year per student. That includes housing, an on-site resident adviser, case management and counseling, and stipends for on-campus meals, books and supplies. Students would also get a free metro bus pass, academic coaching and mentorship.

“Park has laid excellent groundwork for this,” Guinn said. “The community has an appetite for this. … If you look at the number of students who met the criteria as homeless on the (federal financial aid form), it shows the need even at the state level,” Guinn said.

During the 2016-2017 school year, a total of 32,739 students were deemed homeless on their federal student financial aid applications. Of those, 1,227 were from Missouri and 307 from Kansas.

More From Our Series

From the Frying Pan of Foster Care to the Fire of AdulthoodFinally becoming old enough to drink legally is often accompanied by a night out on the town, but the experience can be quite different for foster kids in Missouri. “We’ve heard stories of kids who were dropped off at City…