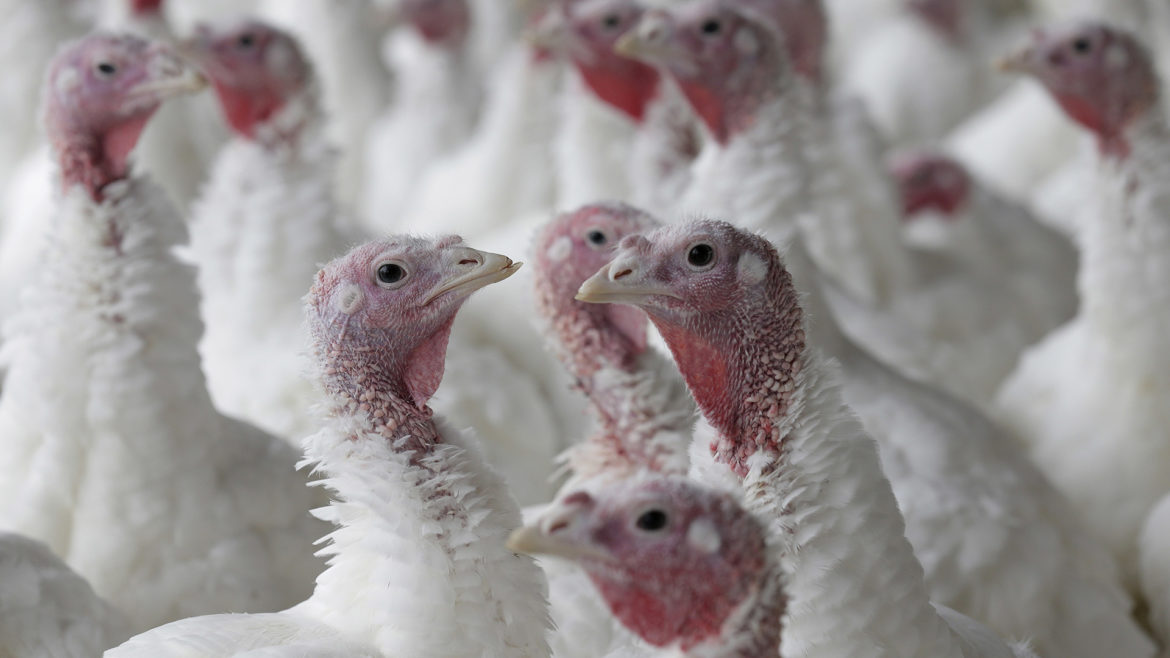 If you are talking turkey this Thanksgiving, don’t leave Missouri out of the conversation.

That’s because these fowls, which will end up as bronzed centerpieces on many tables Thursday, have to be one of the most unsung parts of Missouri’s $88 billion agriculture industry.

Corn, soybeans and chickens might be more prominent ag products, at least in this part of the state, but Missouri consistently ranks among a group of six states that the U.S. Department of Agriculture (USDA) says produces about two-thirds of all the turkeys in the country.

Industry representatives said Missouri is conducive to raising turkeys in parts of the state where the rocky ground is unsuitable for crops, such as in the foothills of the Ozarks.

Glenn Robertson, 69, is one of the deans of Missouri’s turkey producers. He owns Robertson Turkey Farm in Loose Creek, Missouri, a small town just east of Jefferson City.

“I have been working with turkey since I was 5 years old,” Robertson said. He took over the farm from his father.

He’s been a contract grower with Cargill’s Honeysuckle White brand for nearly half a century, even experimenting with the company in 1980 on a process to raise turkeys year round. Turkeys naturally lay their eggs in the spring, Robertson said, and the reproductive cycle is governed by the amount of sunlight hitting the retina of the hen.

Back in the day, Robertson said, self-sufficient farm families in his area would supplement their menagerie of food animals with turkeys to make a little extra money during the holidays. They also found that turkey poop made for great fertilizer for cattle grazing lands.

The National Turkey Federation (NTF) in Washington, D.C., says turkey has evolved into a year-round staple during the past three decades, as consumers have begun to recognize the Meleagris gallopavo as a healthy form of protein.

Along with domestic consumption, exports figure prominently in the turkey world. A 2015 outbreak of Highly Pathogenic Avian Influenza hit the industry hard, cutting production and closing off foreign markets.

An NTF spokeswoman said China just lifted its import ban earlier this month, and that turkey exports are part of the ongoing trade talks between the two countries.

And just as the U.S. turkey industry has ripples around the globe, Missouri producers contribute to the broader ag economy in the state.

That’s because two of the state’s main cash crops are the key ingredients in turkey feed, said John Bryan of The Poultry Federation, a trade organization that includes Arkansas, Missouri, and Oklahoma.

“The soybean guys love us,” he said. “Same with the corn guys.”

Any way you carve it, that’s a lot of fowl play.

Mike Sherry is senior reporter for Kansas City PBS. He can be reached at msherry@kcpt.org or 816.398.4205

Going Ape About Habitat at the Kansas City Zoo

Pondering the Fate of the Great Ape House

Finding the Heart of the Kansas City Metro Area

Determining the "Centroid of the Polygon," or Something Like That