Companionship is the Key to Longevity 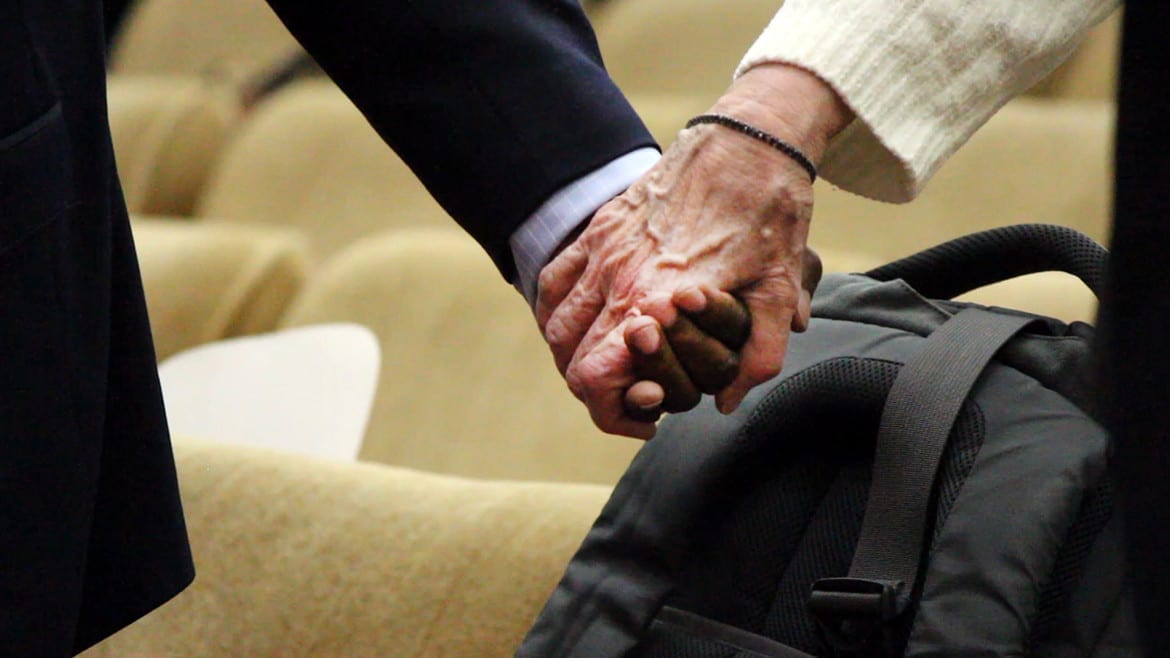 This story is part of our coverage of Kansas City’s SevenDays project, which aims to bring people together to conquer hate and celebrate diversity. The project is led by Mindy Corporon, who lost two family members in the April 2014 shootings at the Jewish Community Center in Overland Park, Kansas. For each of the seven days, Corporon joins us for a video intro to the day’s activities (above), and Flatland is running a daily dispatch from students at the Missouri School of Journalism, inspired by the day’s theme. Journalism student Emma Nicolas wrote on today’s theme, “love”.

King lived near Hazel about 15 years ago in the South Hyde Park neighborhood of Kansas City, where King was a house sitter while working toward her Master’s in Social Work. Like many others in the Hyde Park community, she grew to love spending time with the 83-year-old woman. King says she’d never met anyone like Hazel, always positive and upbeat despite her health conditions. “She was still so interested in life even though she felt bad,” King said.

King had never experienced this kind of behavior from the elders in her own while life growing up in Sedalia, Missouri, so Hazel gave her a new sense of hope and meaning. They spent time together painting in the backyard, where, King says, Hazel would often drift off to sleep in the sun.

King now works with clients throughout Missouri and Kansas hoping to debunk the myth that seniors no longer need to socialize and experience love. King says she wants to defeat the norm that depression comes with age, something she experienced within her own family. There’s an overwhelming sense, she says, that once we grow older we are kind of written off by society.

“Do not underestimate the need for companionship,” King says. “I mean socialization can literally extend your life.”

King says the ageist idea that elders should be closed off to only people off their own age is not actually healthy: They should be around their grandchildren and children frequently. Often times King says her patients will tell her things like, ‘I wish my grandkids called more, or visited more,’ saying they just wish to be a part of their family’s lives.

“Do not underestimate the need for companionship … I mean socialization can literally extend your life.”

The impact of socializing on an elder person can make all the difference for some. King says one of her clients experienced grief, isolation, and depression after making the tough decision to put her husband of 60 years in a nursing home. She turned to King for therapy, and King worked with her to realize that grief is normal and it will pass. The woman began saying ‘yes’ to more and more social outings, instead of staying in her home allowing depression to eat away at her.

King says it’s extremely important to continue facilitating relationships as we grow older, even if it seems easier to isolate yourself.

These relationships can help us as we age to not only love each other, but to love life: “There can be a renaissance in activity and a love for life despite our setbacks,” says King.