Commentary | Putting a ‘solid rocket booster’ on my journalism 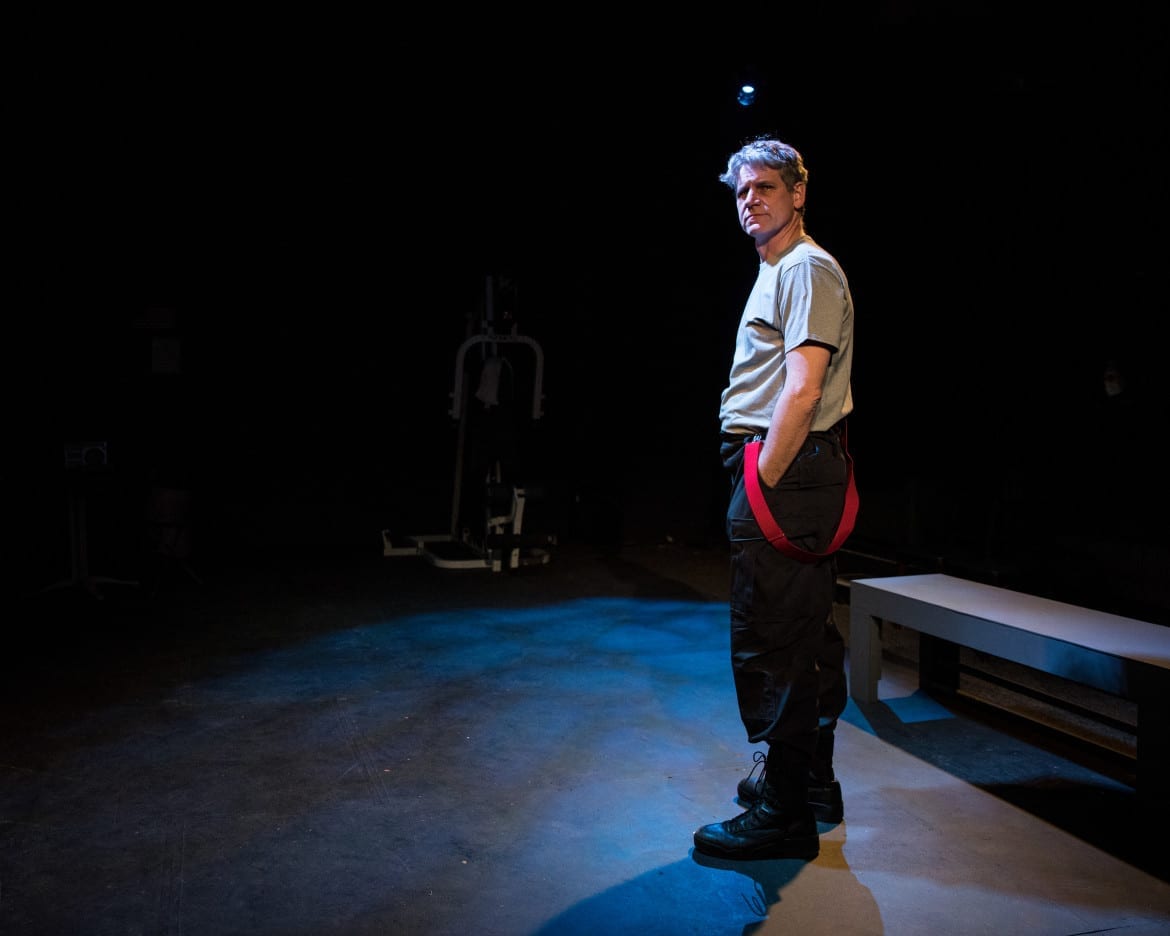 Actor Tim Ahlenius spoke from the perspective of working firefighters in the production of "Justice in the Embers." The StoryWorks play had a part in raising collective awareness of the ongoing investigations into the arson death of six Kansas City firefighters. One defendant in the case, Bryan Sheppard, was released last week. (Brian Paulette | The Living Room Theatre)
Share this story

Last month, KCPT presented the play “Justice in the Embers” with the Center for Investigative Reporting and The Living Room Theatre in a unique StoryWorks KC production. In this piece, which was first commissioned and published by CIR’s Reveal News, KCPT reporter Mike McGraw looks inside the newsroom at the process of taking his investigative reporting and putting it on the stage.

Let’s just start by acknowledging that I’m a flinty, old print guy. A ’70s era, long-columns-of-gray-type, “All The President’s Men” is the best movie ever kind of print guy.

So when my new boss at Kansas City’s public television station, KCPT, suggested working with some Californians on a stage play based on one of my longest-running newspaper investigations, I thought, “Well, that’s cute. They wanna put on a show. How quaint.”

That isn’t what I told her, of course. I told her it was a brilliant idea. And in the end, indeed it was. 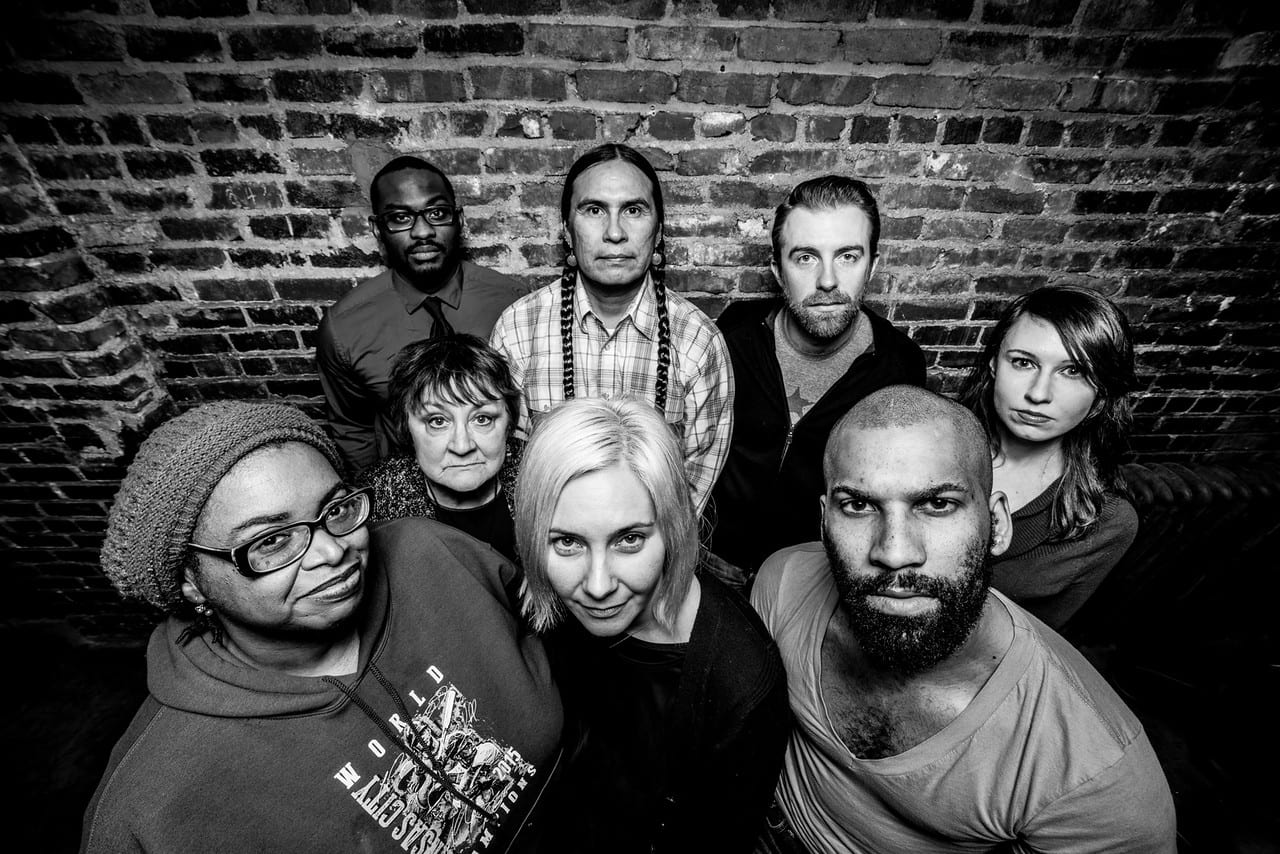 I’d written 20 stories for The Kansas City Star over a decade about the city’s most heinous crime: a 1988 arson-fueled explosion that killed six firefighters. Building on the work of other reporters who doubted that the feds had put the right people away for life, I, too, became convinced that they may have gotten it all wrong.

After I retired from The Star in 2014, I continued to write about it here for Flatlandkc.org, in a two-parter called “I Can’t Let It Go.”

Over the years, my stories flushed out some new sources. They prompted more prosecution witnesses to recant their testimony. And they provoked the long-suffering U.S. attorney here to ask for an independent investigation into whether federal agents coerced witnesses, as my stories had alleged.

They were solid stories that got a decent response. But they didn’t raise nearly as much dust as “Justice in the Embers,” the play, based partly on those stories, that was staged here in February.

Written by nationally known playwright Michelle T. Johnson, a former journalist herself, and directed by Jennifer Welch of The Center for Investigative Reporting, the production went straight to the emotional epicenters left in the wake of the explosion – even nearly 30 years later.

It included a fistfight between two prison guards over the possible wrongful convictions and homed in on the intense personal misery of the families on both sides of the tragedy. 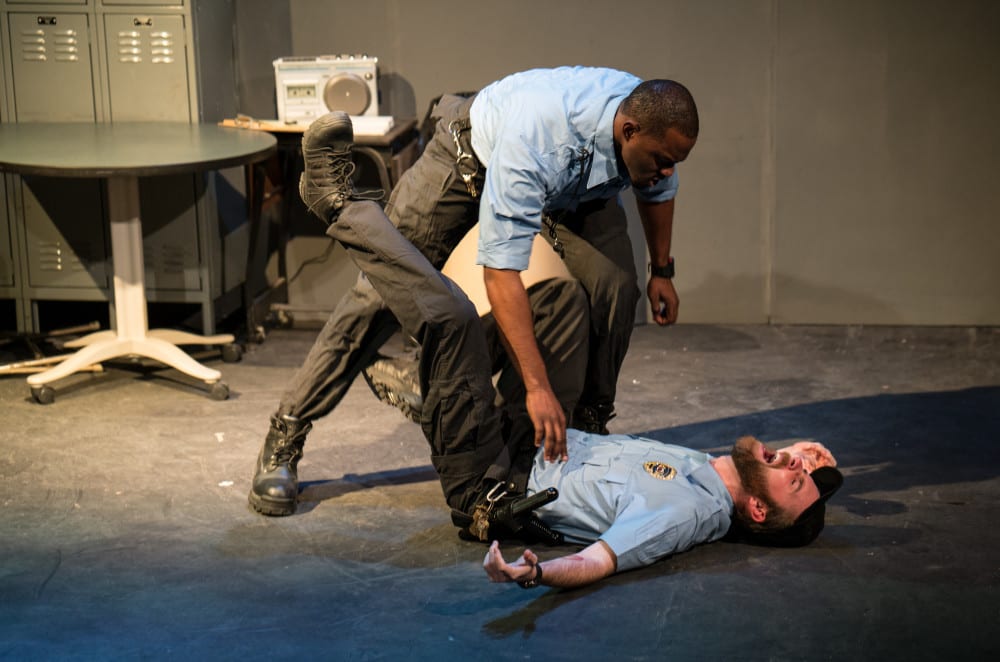 CIR came up with the template they call StoryWorks in 2013, and “Justice in the Embers” was their eighth production. Co-produced by KCPT, it was StoryWorks’ first dramatic representation of investigative reporting not based on CIR’s own work.

It was a perfect storm, riding a wave of media and public fascination with the justice system and possible wrongful convictions (“Making a Murderer,” the Serial podcast, HBO’s “The Jinx” about Robert Durst).

But it was Act II of the play – the talkback, as CIR calls it – that completed the emotional circle. It invited the audience, actors, journalists, and real people portrayed in Act I to ask questions and comment on what they had just seen.

The audiences often included all these people I had interviewed individually, but now they were all in the same room, talking with one another and feeding off each other’s energy.

It was as if someone had strapped a solid rocket booster onto those old stories of mine. It brought new sources out of the woodwork and emboldened old ones to say more than they had in the past.

The court clerk for the long-departed judge who oversaw the trial – which occurred a full nine years after the explosion – showed up to publicly pronounce that the trial was a travesty, unlike anything she had witnessed in her 30 years in the federal courthouse. The defendants were railroaded and the jurors were stupid, she declared.

Another courtroom aide suggested during one talkback that overzealous prosecutors may have intentionally misled the jury into crossing a bright legal line that left them little choice but to convict some defendants about whom they were unsure.

Family members of some of the defendants came and cried. One of the defense attorneys from the 1997 trial sobbed as he recalled how he had begged his client, now serving life with no possibility of parole, to take a five-year plea deal.

Darryl Burton, who spent 24 years in a Missouri prison for a murder he did not commit, showed up one night and became an impromptu addition to the talkback. Middle school teachers for one of the defendants also came, declaring him a “good kid” who might have gotten a raw deal.

The play revived my stories and gave them legs. It generated local TV and radio reports and positive theatrical reviews including an enthusiastic review in The Star.

Audiences packed the small, edgy venue (the 70-seat Living Room Theatre, just a few doors down from the century-old brick edifice where The Star is published) for most of the dozen performances. Even with extra seats added, there still were waiting lists some nights.

The Washington Post called the play, and CIR’s experimental foray into drama, an “innovative new approach to investigative journalism,” and the Columbia Journalism Review said it allowed audiences to “engage with (investigative reporting) in new ways.”

Before the final curtain fell, a petition at Change.org had gained hundreds of signatures calling on the U.S. attorney here and the U.S. Department of Justice to release an unredacted version of the investigation that had identified new, unprosecuted co-conspirators in the case.

“Justice in the Embers” fascinated the vibrant local theater community here, too, and the actors in the play called their participation life changing. One of them said he was prompted to change careers and take up journalism. (I told him he might have more of an impact staying put.)

I retired from The Star in 2014 and signed on part time with the local PBS affiliate here soon thereafter. I never had imagined any of my stories becoming the basis for theater until my new boss, Janet Saidi, linked my obsession with this story to CIR’s brilliant StoryWorks idea.

All journalists know now that the old template – the long legs of static gray type – aren’t working anymore. If we want our journalism to succeed, we have to engage audiences in bold new ways.

And this one worked.

A local theater professor who participated in one of the talkbacks may have said it best.

Professor Ted Swetz noted that Plautus, the father of comedy in ancient Rome, believed that the purpose of comedy is to lift the burden of the world off the spectator for a moment.

“If we accept that purpose as a foundational truth,” he said, “then perhaps we can say that the purpose of drama is to place a particular burden on the audience for a particular reason.

“This (production) serves the community and allows them to be a witness to the event with the hope of provoking discussion through the common experience.”

Consequently, this play and the CIR template for joining journalism and drama may do more to finally bring justice to this particular case than this ink-stained wretch ever could have done.