Historic Site Gets Some Comic Relief 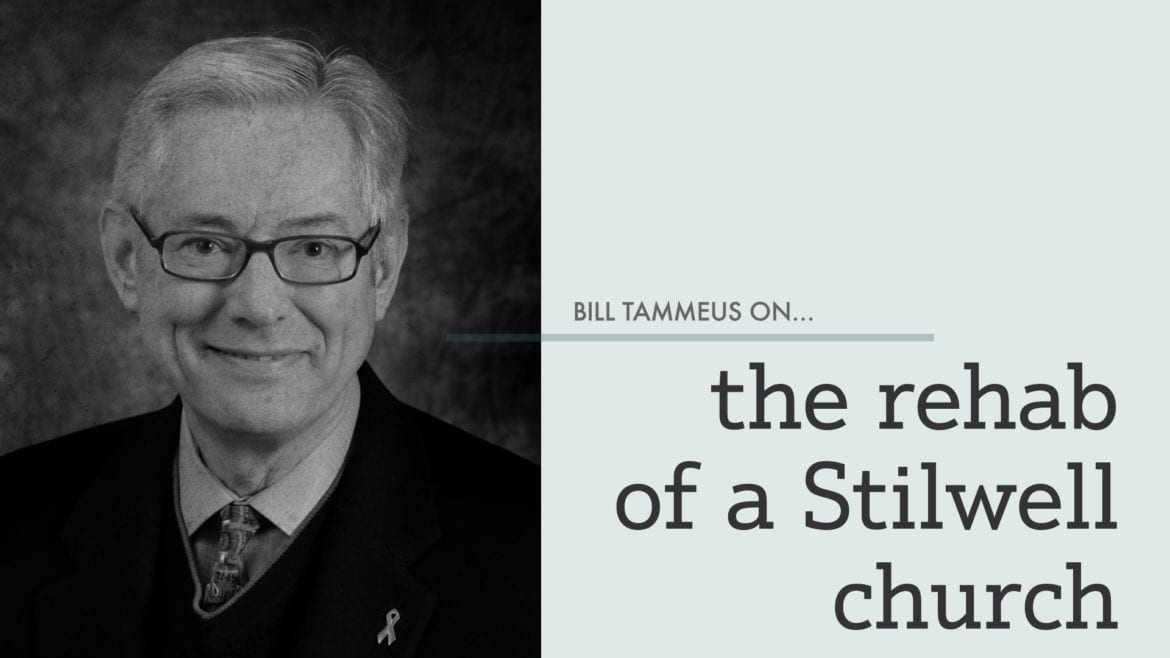 As attendance at religious services declines nationwide, houses of worship are getting repurposed, including an old brick church just east of 199th and Metcalf in southern Johnson County, on four-block-long Park Street. Calvin Coolidge is loving it back to life.

No, not that Coolidge. Rather, his distant cousin, the Kansas City singer and comic. When he gets it done it will be an event space/maybe church called the Blue Valley Vintage Chapel.

I’ve known Calvin a long time, and this latest venture surprises even me, though the story starts with a woman, which doesn’t surprise me.

Several years ago, Calvin was dating a Louisburg, Kansas, woman. After dropping her off one day he was cruising around and stumbled across a vacant church he later learned had been moved from St. Joseph, Missouri, to its present site in the 1920s.

He found the owner, who showed it to him.

“It turned out it had been empty for three years,” Calvin told me. “Lead paint dripping from the ceiling, asbestos, just everything you could imagine that could be wrong with it. Oh, it was just hideous.” 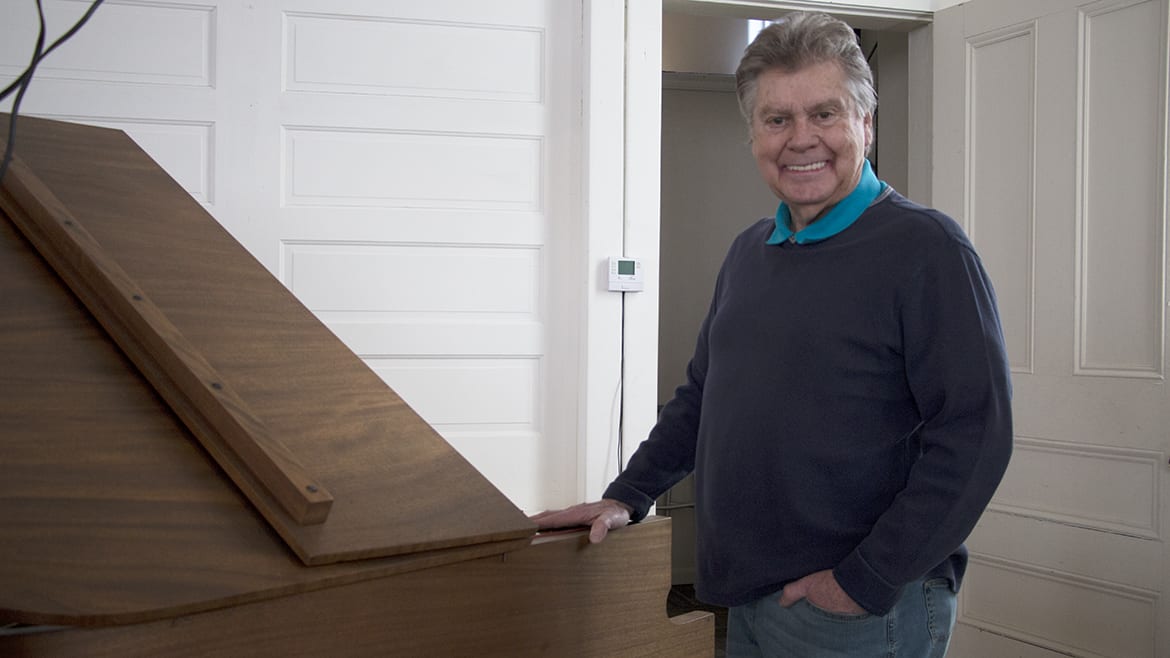 Still, it was attractive to a guy who sometimes makes edgy jokes about religion (like the one about the guy who tasted his Holy Communion wine, didn’t like it, and sent it back).

So Calvin arranged to buy the building for less than the cost of a modestly priced new car, and for no money down. He even thought about living there.

But not long after he acquired the structure, he got a call from a small start-up Nazarene congregation looking to rent space for worship.

A dozen or more Nazarenes, including the pastor, came to see the building. Calvin says he told them that “this place is a disaster. We’ll have to fix it up to make that possible.”

Among those present as they talked in the church basement were the pastor’s in-laws, who had spent decades as missionaries in Africa, Calvin says, “so I really admired them.” He began to think he was being guided toward working with these folks, especially since his own father, a Nazarene pastor, had started some 17 churches in his career.

Calvin told me this as we sat in the back row of the old church, and asked, “Has God ever spoken to you?” My answer: “Uh, not yet today.” Calvin laughed then described how, with those visiting Nazarenes, he felt God talking to him.

“This was one of those times,” he said. “You can’t prove it but it’s a feeling.”

Still, he told the visitors he needed time to think about renting them the space.

But by the time he got to the top of the basement stairs he knew what he had to do. So he suggested taking a picture of the group with him and the pastor shaking hands.

As they did that Calvin had the keys in his hand and passed them to the pastor.

“I said ‘That’s the keys to this place. It’s yours if you’ll help me fix it up — rent free until you get services going.’ It sort of blew him away and it blew me away to do it. 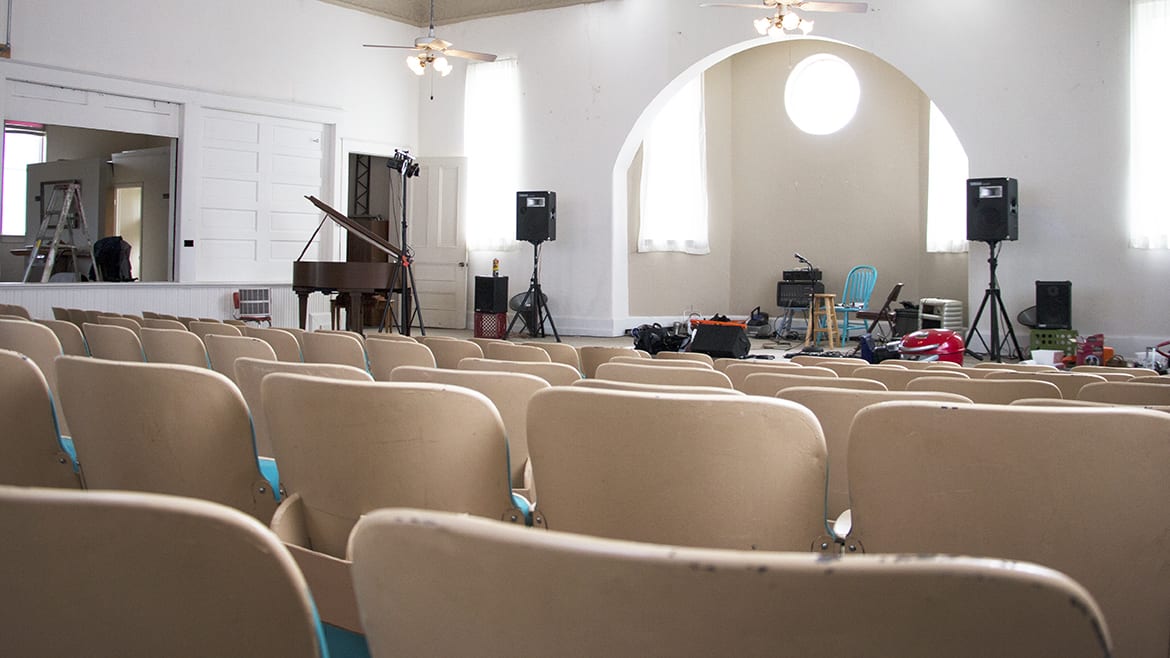 “So they helped me fix the place up. They re-carpeted the Sunday school room. They had scaffolding up to repaint the ceiling. The place wasn’t heated or cooled, though there was an old furnace in the basement the size of a VW bus. They had a friend who helped get them air-conditioning and the money we spent on a new furnace they paid for and I took it off their rent.”

Several years later, the Nazarenes decided to move to a church building right across the street when Calvin chose not to sell them his building.

There’s still work to do in Calvin’s building, and he’s making progress, though to help finance final projects he’s set up a Go Fund Me page.

He’s imagining church musicians — solo acts, duos or trios — using the space for concerts. And he’s thinking it would be a good space for church youth groups to go on outings for concerts and retreats.

“There’s all kinds of ways to go with this,” Calvin says.

He’s even thinking a start-up church might want to use it on Sunday mornings, though he jokes that “nothing good ever happens before noon” and then laughs at his own words.

He’s also thinking he could do weddings there. A few years ago, he got ordained online to be able to officiate at weddings, and says he’d be happy to do weddings for veterans for free.

Across the country old churches are being reused as homes, art galleries and other kinds of businesses.

Now this old Johnson County church is joining the re-use parade. And if it gets used as a church occasionally, maybe one day you could brag that Calvin Coolidge was your Communion sommelier.