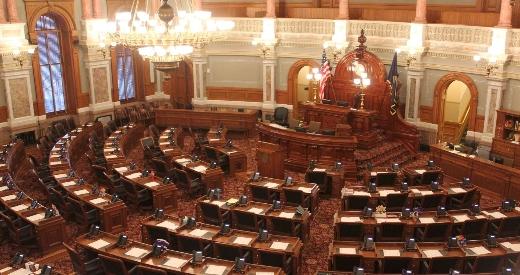 A Kansas House committee unanimously passed a bill Tuesday to allow for tax-free savings accounts for children with disabilities. But even as they sent the bill to the full House, committee members expressed concerns that cost could keep it from coming up for a vote there.

House Bill 2100 would allow the families of Kansas children with disabilities up to age 26 to set aside up to $14,000 a year for them, with up to $100,000 not counting against their Medicaid benefits.

The money can be withdrawn tax free to pay uncovered disability expenses, like transportation and housing accommodations.

The measure has widespread support, but Kansas is struggling to balance its budget for the current fiscal year and future years. Members of the House Children and Seniors Committee said they fear that the administrative costs of setting up the accounts, though relatively low, could derail the bill.

“My hope is that it is not a barrier,” said Rep. Susie Swanson, a first-term Republican legislator from Clay Center. “But I’m afraid it will be.”

The bill’s price tag is complicated because Congress first allowed states to set up the disability savings accounts in December, and no states have done so yet.

The state treasurer’s office originally estimated that it would need $50,000 in fiscal 2017 as a one-time administrative cost, but committee members discovered Tuesday that the fiscal estimate might shift because it’s based on that administrative cost being taken over by a third-party financial firm, and finding such a firm could take longer than anticipated.

“The hope is that those expenses in the future would be borne by the contractor that we’d hire,” said Scott Gates of the treasurer’s office, “and they would pay for that through fees they’d charge the account holder.”

There’s also some uncertainty about the ongoing impact to the state’s tax receipts, because those who use the accounts would be deferring some income that otherwise would have been taxable.

“We’re not exactly sure what the ongoing long-term fiscal impact is going to be because we’re not sure how many people are going to take advantage of this,” said Rep. Erin Davis, a Republican from Olathe who sponsored the bill. “This is still a fluid process.”

Davis said “all efforts are being made to keep the fiscal note as low as possible,” adding that she hoped cost would not keep the House leadership from scheduling a vote on the bill.

But she acknowledged Swanson’s concerns and said the fiscal note could be a factor in whether the bill clears its next hurdle.