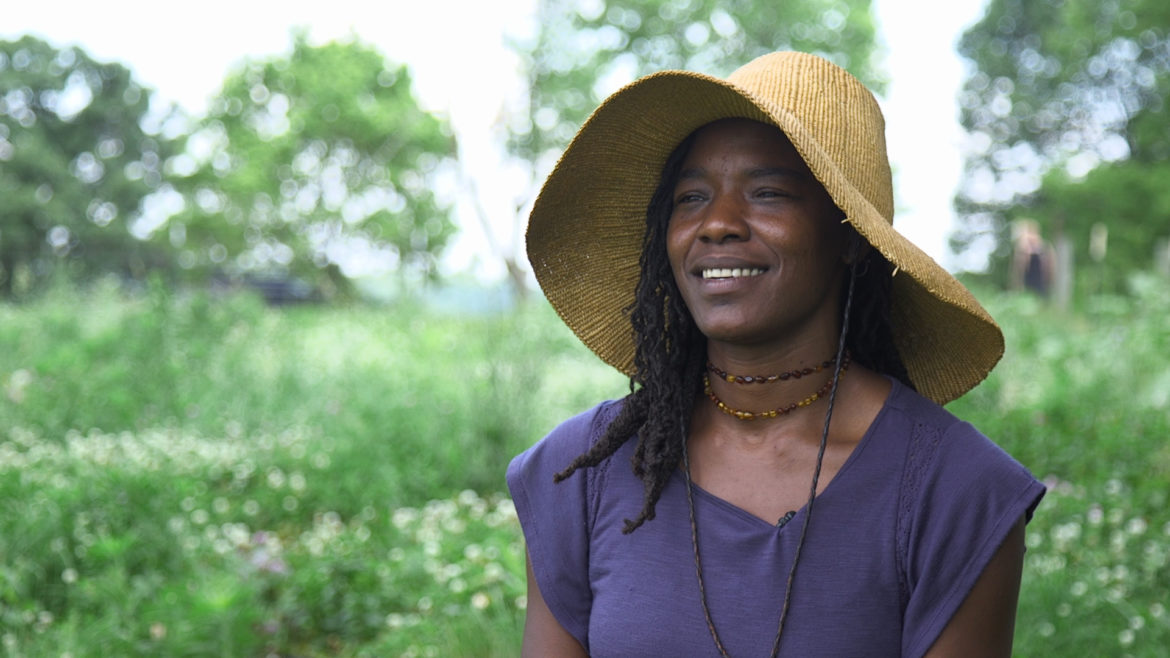 It was a sweltering summer day when Izula Jade, who was about six weeks pregnant, felt sick.

This nausea and pain were familiar, like the two ectopic pregnancies she’d had before, wherein she lost her babies. So she sought help from Hakima Tafunzi Payne, a Kansas City area leader and the co-founder of Uzazi Village. Jade calls her “Mama Hakima.”

But when she walked into Uzazi Village’s foyer, that’s where things took a turn, Jade says. Noting that Jade was unable to keep water down, Payne, a former labor-and-delivery nurse, advised she get treated at a nearby Kansas City hospital.

But when she arrived, doctors and nurses hardly paid her any attention. When they did, they poked and prodded at her body.

“I remember crying out in pain. I just feel like they didn’t have any sense of sensitivity to the very delicate space I was in… I felt very violated by that,” Jade said.

A six-hour wait and a drug test later, Jade was rolled into surgery, her young son blowing her kisses from outside the hospital room.

As it turned out, Jade had been internally bleeding and lost over half her blood. Doctors diagnosed her with ectopic pregnancy. The baby didn’t survive.

Instances like these motivate Payne to shift the tide in maternal and infant health care for Black communities.

In Missouri, Black and Native American mothers and infants have been dying at a faster rate than White non-Hispanic populations. And it’s higher than the national average, according to the United Health Foundation.

Studies and advocates point to racism within the medical system as a whole and how that history affects care today.

When Payne was a nursing student, she saw firsthand how differently minority patients were treated from White patients.

“I remember very clearly… watching a young African man present for sickle cell crisis, which is basically pain,” she recalled.

She explained the treatment is simple, fluids and pain management, usually morphine or high-level opioids.

“The staff in the ER, who were all White, refused to give this man the medicine that would have managed his pain,” Payne added. “They basically refused to treat him under the guise that he was drug-seeking.”

A report in the Institute of Medicine supports her anecdotal evidence.

The report found “that for a wide variety of medical problems, minority patients receive a generally lower quality of care, even with equal access to care and insurance coverage.”

Payne saw this happen in maternity wards too.

“I was often told I wasn’t seeing what I was seeing,” Payne says. “All of those features work together to create an experience of racism that is weathering and that often increases trauma for childbearing families.”

Research continues to show that mothers who are Black or Native are dying at a faster rate, year after year. So are their babies.

Several studies published by the National Institutes of Health – such as one entitled “The Black-White disparity in pregnancy-related mortality from 5 conditions” – point to racial disparities as a key component to poor outcomes in maternal and infant mortality. This ranges from screening babies for illicit drug use to the access and the quality of care mothers receive pre- and post-partum.

For example, instead of doctors giving Jade an ultrasound to check for an ectopic pregnancy they tested her for drugs. Black women and their infants are almost two times more likely to get drug tested, according to the Journal of the American Academy of Pediatrics.

Research on unequal care for minority mothers has mounted over the years, some going as far back to the 1990s. Yet the number of mothers of color and their babies dying continue to climb, regardless of socioeconomic status.

Even medical professionals who’ve worked in the field for years have only now learned about racist medical practices that disproportionately hurt mothers of color.

“For 17 years I had been teaching graduate midwifery students and was unaware of the history,” said Ginger Breedlove, a nurse, certified midwife and former president of the American College of Nurse-Midwives.

She referenced the history of gynecology that tested on and hurt enslaved women.

“Until about six months ago, I did not know the truth about medical gynecology,” Breedlove said. “I can say I am on a journey of uncovering things that I wish I should have known before. And how I can share some of my awareness and strategies.”

“As I studied in school and read the studies that were confirming what I was seeing with my own eyes, it became apparent that folks already know this,” Payne said.

That is why she decided to help lead Uzazi Village, a nonprofit on Troost Avenue. Uzazi Village provides educational programs, pantries and clinics that work toward curbing infant and maternal deaths in the Black community. The problem is evident and persists, Payne said, so now is a time to create solutions.

“When it comes to the health care establishment not believing Black women I see that ubiquitously it’s everywhere, it is in and through everything,” Payne said. “It is even in medical textbooks… Those types of beliefs based on those kinds of stereotypes can get you in trouble.”

Parts 1 and 3 of ‘Birthing Battle’

Birthing Battle | The Struggle for Equity in Maternal Health Care Watch and read how the history of birthing care unfolded in the U.S., and how midwives and mothers of color were slowly left out.