View Could Bridge Divide Between Christians and Jews 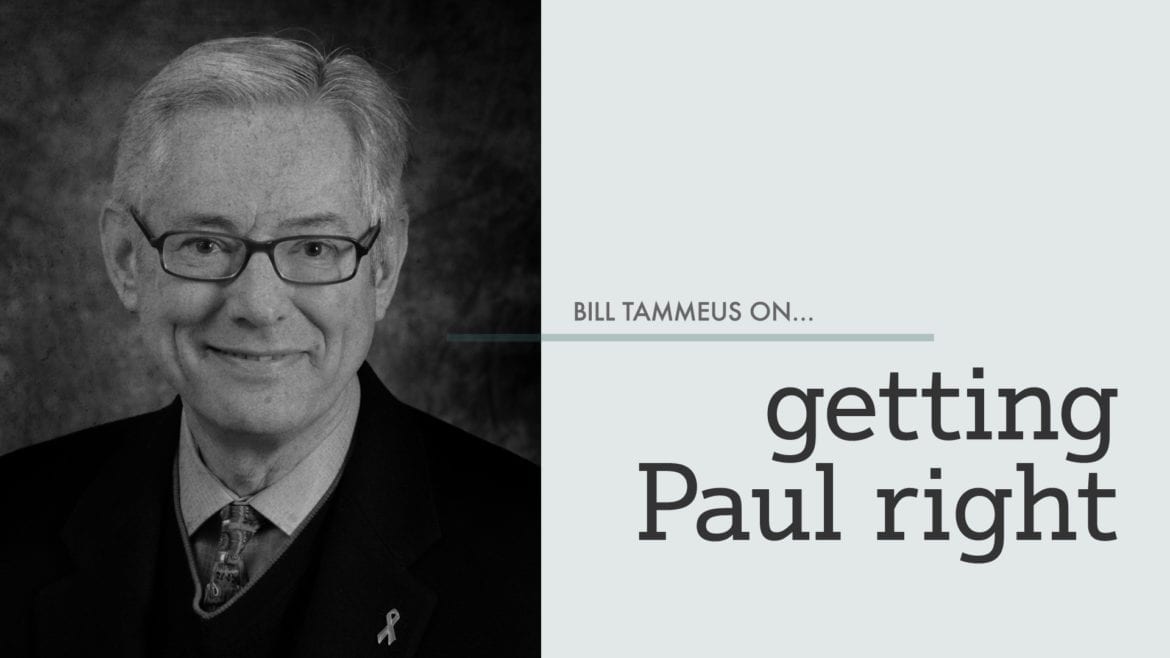 I’m with religion scholar Mark D. Nanos. I’ve asked him here to explain himself. And Nanos, a Kansas Citian who’s been stirring up the world of biblical scholarship for almost two decades, has some explaining to do.

The former graphics design company owner, who is Jewish, now devotes his life to studying a star of the New Testament, the Apostle Paul. And Nanos, a historian who has taught at both Rockhurst and Kansas universities, is slowly changing both Jewish and Christian minds about this hugely influential man, once a sharp critic of Jesus but later a passionate supporter.

Nanos’ reply to that traditional view of Paul? All wrong.

Many Christians buy that old view of Paul, as do many Jews who, thus, think Paul was a traitor. Meanwhile, Christians sometimes have used Paul to defend hostility to Judaism. Nanos says his approach to Paul “could change the way Christians think and behave toward Jews and Judaism.” And, in turn, the way Jews think about Paul and Christians.

Here’s the Paul whom Nanos has discovered, starting as a student at the University of Missouri-Kansas City in the late 1970s:

Paul was always a Jew, there being no separate Christianity to convert to then. He became a follower of Jesus, for sure, but saw the nascent Jesus Movement as being well within Judaism. When Paul asked non-Jews to join the movement (he was, after all, known as the apostle to the gentiles) he was inviting them into a Jewish way of life without their having to become Jews. Remain non-Jews, he told them, but follow the Jewish Messiah, Jesus, whose life, death and resurrection inaugurated the long-hoped-for messianic age.

When Nanos first proposed this reading of Paul, he wasn’t exactly alone. A few scholars already were in what, starting in the 1960s, was called “The New Perspective on Paul” movement. But there weren’t many of them. And by now Nanos has moved beyond some of those scholars who, to him, still seem stuck with old ideas about Paul inventing Christianity and rejecting Judaism.

Today the idea of acknowledging that Paul must be understood as being within Judaism has caught on enough that the annual conference of the Society of Biblical Literature devotes sessions to it and there are several books out on the subject. Nanos co-edited a 2015 collection of essays by scholars entitled Paul within Judaism, and Nanos’ latest collection of his own essays is called Reading Paul within Judaism.

In that book, Nanos states his argument directly: “I mean that Paul continued to practice Judaism – and, moreover, that he continued to promote it to those who became followers of Jesus Christ, non-Jews as well as Jews.”

But, he acknowledges, “I’m only 20 years into this work, and scholarship moves very slowly.”

She noted, by email, that he and several other scholars “recognize Paul as operating within one traditional Jewish view: when the messianic age begins, the gentile nations will worship the G-d of Israel. The gentiles do not, however, convert to Judaism, for such conversion would suggest that G-d is G-d of the Jews only. Therefore, Paul proclaims the Gospel of the G-d of Israel and the faith of Jesus to gentiles, but he insists, correctly, that the gentiles should not follow Jewish practices such as circumcision that were designed to keep Jews distinct among the nations.” (In the New Testament, “nations” usually refers to non-Jews.)

Nanos is energized not just by scholarly discoveries but by the possibility that his work can help Christians and Jews relate to one another in healthier ways: “If Jews would rethink the historical Paul instead of accepting the Christian construction of Paul it would change the conversation about the role Paul has come to play in Christian-Jewish relations. As soon as he’s invoked as this Christian figure against Judaism, the possibilities for dialogue are stymied.” (And anti-Judaism in Christian history is a long, sad story.)

A cliché joke about scholars who write about the historical Jesus is that they find a figure who looks much like themselves. But Nanos insists that the Paul he’s found “doesn’t look very much like me.”

Nanos describes himself as “somewhere between Reform (Judaism) and nothing.” Whereas, he says, “If Paul were around today, he’d be very Orthodox.”

That gives both Nanos’ and me confidence that he’s getting Paul right.

—Bill Tammeus, a Presbyterian elder and former award-winning Faith columnist for The Kansas City Star, writes the daily “Faith Matters” blog for The Star’s website and columns for The Presbyterian Outlook and The National Catholic Reporter. His latest book is The Value of Doubt: Why Unanswered Questions, Not Unquestioned Answers, Build Faith. Email him at wtammeus@gmail.com.

Righting A World Turned Upside Down