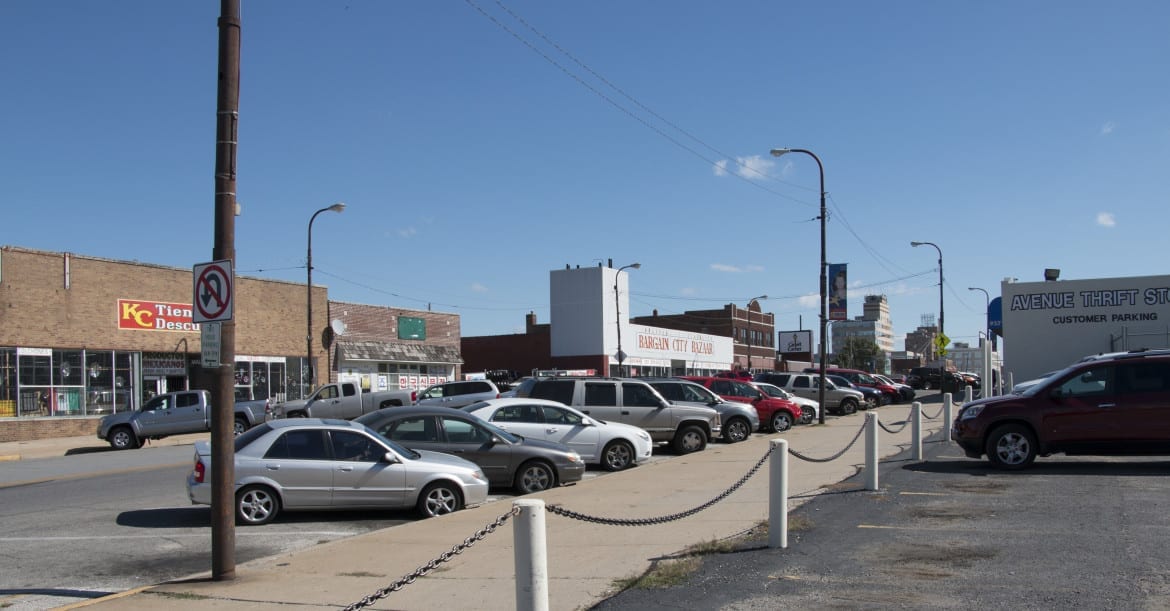 It’s a challenge for Shawn Owens to find fresh food in his neighborhood. He walks or uses the bus for transportation, and quality fresh produce and meats are scarce within a reasonable distance from his home.

The life-long Wyandotte County resident does most of his grocery shopping at convenience stores and Aldi, but those places lack the quality and variety he would like.

“It used to be a grocery store (downtown) but they closed it down a couple of years back,” Owens said. “It’s hard for people to get what they want.”

Owens lives in one of Wyandotte County’s “food deserts,” defined by the U.S. Agriculture Department as “an urban neighborhood or rural town without ready access to fresh, healthy, and affordable food.” The alternatives, then, as described by the American Nutrition Association are “local quickie marts that provide a wealth of processed, sugar, and fat-laden foods that are known contributors to our nation’s obesity epidemic.”

Wyandotte County is the poorest and least healthy county in the state of Kansas, the statistics show, and food deserts are a major concern. Communities with low access to healthy food options have higher rates of obesity and heart disease. Among those addressing the problem is Harvester’s, the area’s largest food bank. Spokeswoman Sarah Biles says the county’s numbers tell the story:

“In Wyandotte County, nearly 18 percent or 28,000 people – 12,000 of them children – are considered `food insecure,’” she said. “Food insecurity means they may have a meal today, but they don’t necessarily know where their next meal is coming from.”

Harvesters has a number of outreach programs to combat the effects of food deserts and get people fed through their network of non-profit agencies. These include mobile pantries, food kitchens, shelters, and their Snack Back program which provides weekend meals to nearly 3,000 school children.

“Often, hunger is really everywhere, even in suburban areas where access might be a little bit easier to find a grocery store or something, but it’s not always affordable,” Biles said. “But hunger obviously is in urban areas and rural areas as well, and so our pantries, our network of non-profit organizations, (are) in all of those kinds of areas,” she said.

Mark Holland, the mayor and CEO of the Unified Government of Wyandotte County, has a vision to invigorate his community and put an end to the area’s ranking as the poorest, least healthy county. Holland has spearheaded the Healthy Campus initiative, a $30 million project that will couple a community center along with a supermarket at 10th Street and Minnesota Avenue in downtown Kansas City, Kan.

The downtown area is now serviced by smaller neighborhood markets that primarily specialize in foods for Hispanics with the 7th Street Apple Market the closest thing to a full-service grocery. The other options are basically convenience stores that don’t often offer fresh produce or meats.

Half of the $14 million earmarked for the community center has been raised, but funding remains an issue.

“We’re still working on the grocery store, which is problematic because a grocery store wants a lot of households with a lot of money,” Holland said. “The downtown has been the hardest hit with people leaving and vacant lots, and it has the lowest income. I mean, you’re talking a median household income of $18-20,000, which is almost half of our median household income, which is 20 percent below the state average. So, you can just see the poverty rate in this area makes it difficult for a grocer to say, ‘Hey, this is a great place to build a grocery store,” he said.

Nonetheless, he believes the project is getting closer to being realized. Holland has identified a grocery partner in Sun Fresh, which has done well with its store at I-70 and 18th Street.

A Wyandotte County resident since 2010, Yvonne J., who asked that her last name not be used, has an informed perspective on how the food desert affects downtown KCK. An Army veteran, the native Chicagoan is a certified nursing assistant and sees firsthand the results of some of the health issues that afflict underserved communities.

Owing to habit and a lack of options in her neighborhood, she does her grocery shopping at a Price Chopper in northeast Kansas City, Mo., where she was once a cashier. Yvonne J. welcomes the idea of the Healthy Campus.

Shawn Owens summed up what a proper supermarket would mean to him and the downtown Kansas City, Kan., area: “It would be great.”