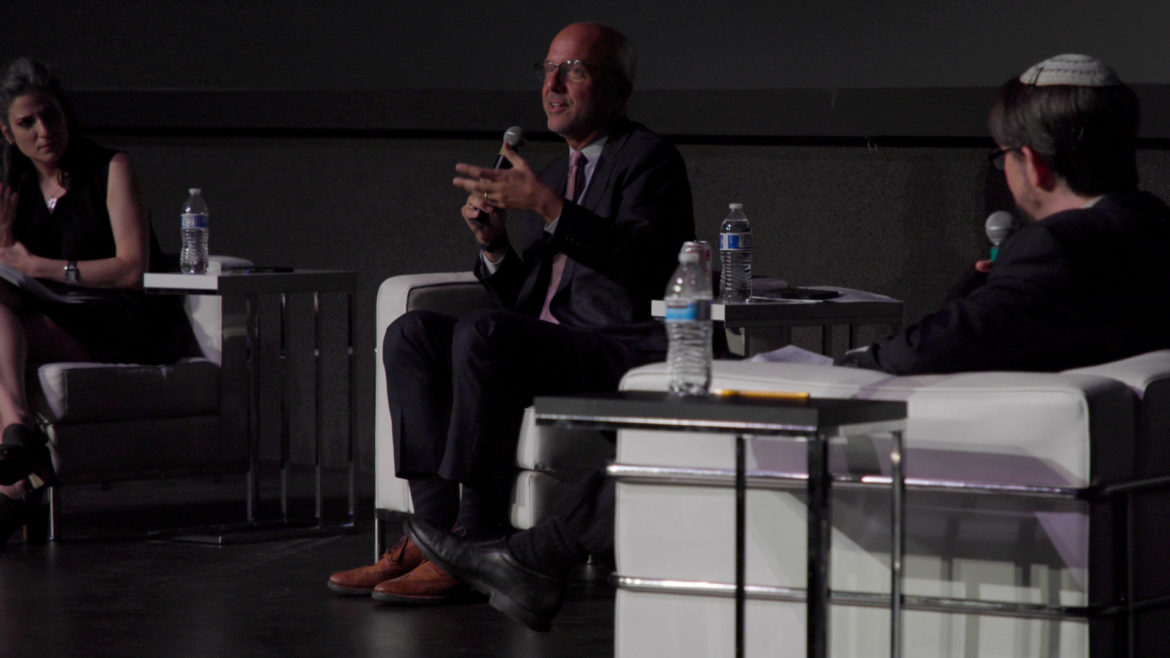 American Public Square recently hosted its latest in a series of forums on race and identity, entitled: “The Rise of Antisemitism From the Left and the Right.” The event was held at Union Station, where an exhibit on the Auschwitz concentration camp is running until January 2022.

The event was staged against a backdrop of declining public acknowledgement of the topic and rising antisemitic violence.

About one in five Americans say they have never heard of the word antisemitism. Meanwhile, the FBI found that 60% of religious hate crimes during 2019 targeted Jews, which account for less than 2% of the population.

An array of panelists offered differing perspectives on the historic, social, political and economic causes and effects of antisemitism during the hour-long discussion. There was a spirited exchange about whether antisemitism is rising among political progressives.

Watch the video above to hear more from the panelists on the rise of antisemitism. The full panel discussion can be found on the American Public Square website. Tickets to the Auschwitz exhibition at Union Station are available here.

More on the Holocaust

Auschwitz Exhibit Teaches Children About the Holocaust Curators of the Auschwitz exhibit now at Union Station want to share difficult revelations with children who may know nothing of the Holocaust.

Holocaust Echoed in the Lives of Children Born to Survivors Who Resettled in Kansas City The Holocaust profoundly affected the lives of survivors’ children, who continue to share the stories of their parents’ determination to build new lives in Kansas City.