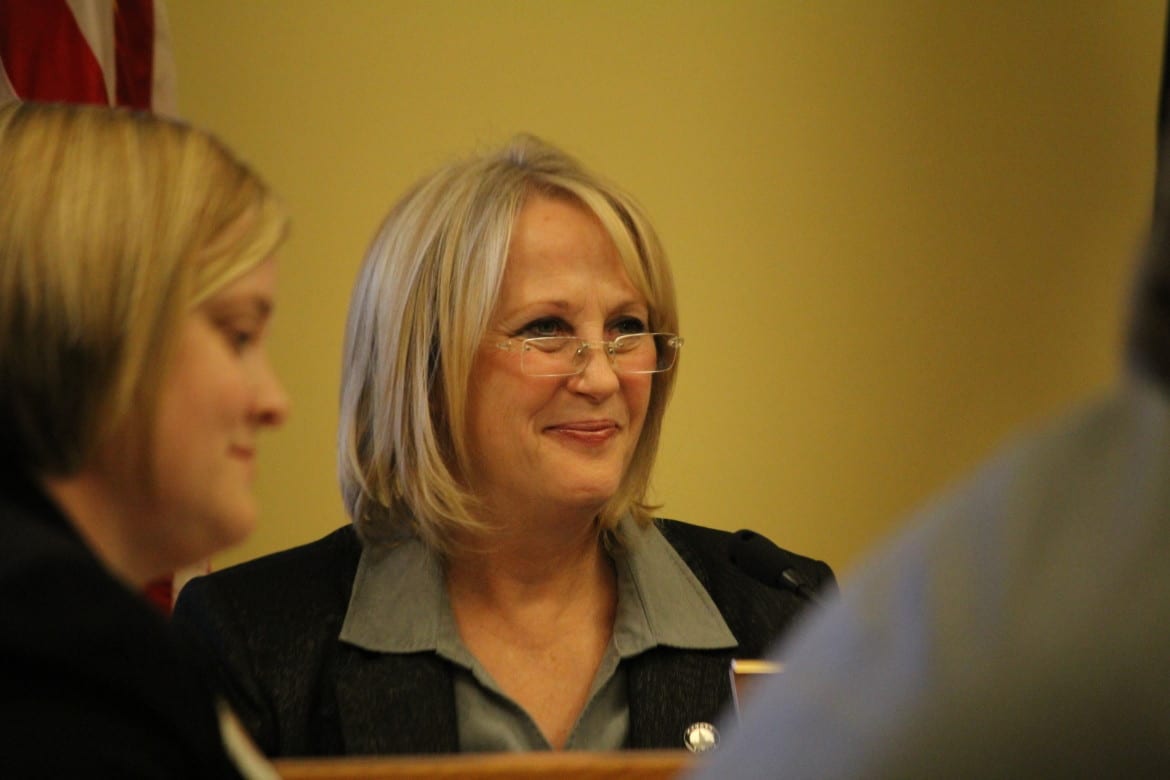 Kansas Sen. Mary Pilcher-Cook, a Republican from Shawnee, had served since 2013 as chairwoman of the Senate Public Health and Welfare Committee before Senate President Susan Wagle ousted her recently. (File photo)
Share this story

Analysis: Why The Kansas Senate Has A New Health Committee Leader

Sen. Mary Pilcher-Cook offered an amendment to expand Medicaid earlier this month because she believed it would fail.

A few days later, Senate President Susan Wagle removed Pilcher-Cook as chairwoman of the Senate Public Health and Welfare Committee because Pilcher-Cook pushed the amendment even though it was ruled out of order.

Wagle said she opposes Medicaid expansion but wants the Senate to vote on it in the next few weeks.

Confused yet? Welcome to the politics of “Obamacare.”

— Andy Marso is a reporter for KHI News Service in Topeka, an editorially independent initiative of the Kansas Health Institute and a partner in the Heartland Health Monitor reporting collaboration. The collaboration also includes KCUR and KCPT.

Proponents of a bill to give businesses tax credits if an employee receives less public assistance after being hired couldn’t estimate the proposal’s financial impact, and the complicated nature of public assistance doesn’t help the task.

House Bill 2626, also known as the Kansas Tax Weight Loss Act, would offer employers incentives to hire people who receive more than $10,000 annually in welfare benefits. Businesses and nonprofits that hire someone, who then receives less public assistance, would receive a sales tax exemption and a tax credit of up to 75 percent of the value of the public assistance the employee no longer receives.

— Megan Hart is a reporter for KHI News Service

Last year’s bill, named the Hope, Opportunity and Prosperity for Everyone (HOPE) Act, lowered the lifetime limit for cash assistance from 48 months to 36 months. The follow-up bill that won Senate approval Thursday reduces the limit to 24 months but allows for “hardship” extensions of up to an additional 12 months.

The Kansas Department for Children and Families estimated about 420 households would be affected if the 24-month limit is adopted this year.

Will Shoppers on Food Stamps Pick Up Fresher Foods?

The official unemployment rate may have just fallen to under 5 percent, but food stamps remain a pivotal part of daily life for millions of Americans; 46 million people, or about one of every seven Americans, receive food stamps.

Now the government wants to steer them toward healthier food choices. The USDA plans to require retailers who accept food stamps to stock more fresh fruits, vegetables, meat, poultry and fish. The stores would have to stock at least 168 items the government considers healthy.

PBS NewsHour explores this with Yael Lehmann, executive director of The Food Trust in Philadelphia, a not-for-profit organization that works to ensure healthier eating alternatives.

Seeking an Edge, These Brain Hackers Mix Up Risky Chemical Cocktails for Breakfast

Tomás Gutiérrez isn’t a brain scientist. But each morning, he mixes up a new chemical cocktail that he hopes will sharpen his focus and boost his intellect.

He adds a dash of butter for flavor, stirs it into a cup of coffee, and downs it. A 31-year-old entrepreneur, Gutiérrez has thrown himself into the emerging movement of body hacking — or, more precisely, brain hacking. He’s a connoisseur of “nootropics,” a broad category that includes pharmaceutical drugs, dietary supplements, and do-it-yourself concoctions, all of them meant to turn the brain up a notch.

They haven’t been clinically proven to work, and there’s emerging evidence that some could be dangerous. But nootropics, also called smart drugs, have become popular among young type A personalities on Wall Street, in the Ivy League, and in the frenzied startup culture of Silicon Valley. “It’s a level of focus otherwise unheard of, one you can maintain for long periods of time.”

Enthusiasts aren’t seeking an altered state of consciousness; they want to become a better version of themselves, even just for a few hours at a time. Like Olympic athletes pushing their bodies, they hope to tune their brains for peak performance. And they want to do it without the jittery side effects and stomach churn they’d get from downing endless energy drinks or popping prescription stimulants like Adderall or modafinil.

— PBS NewsHour in partnership with STAT, a new national publication reporting from the frontiers of health and medicine.