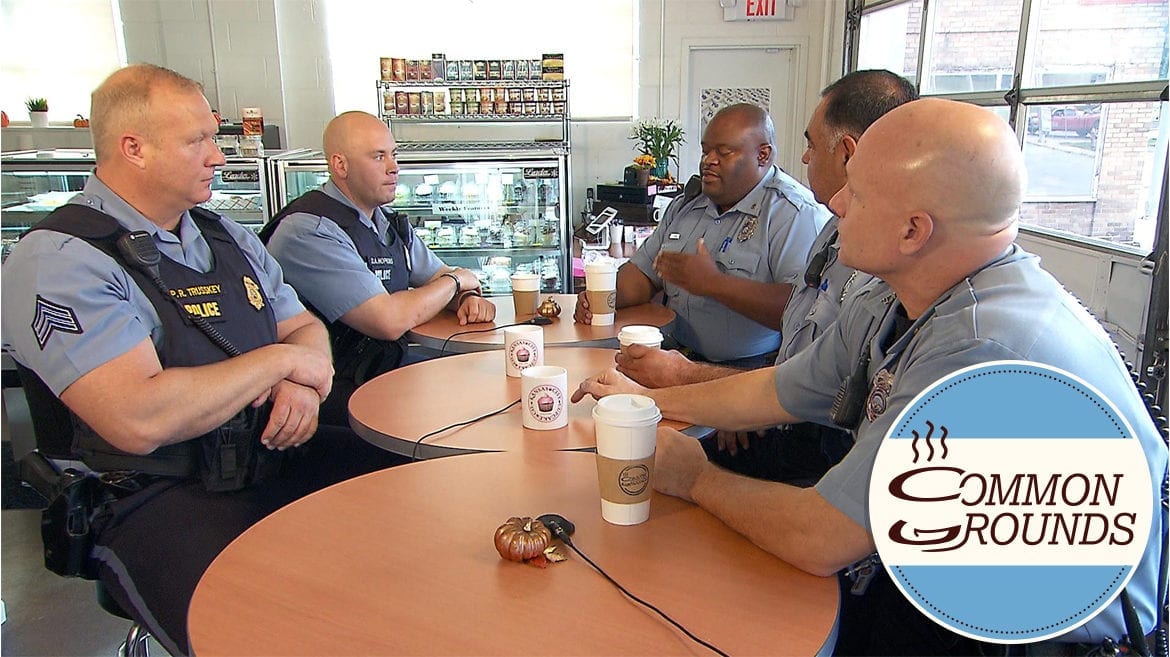 One of the story lines of this election year has been alarm over law and order in cities and police shootings of unarmed black Americans. This week in our Common Grounds coffee conversation series, we head to Kansas City, Kansas, where we get a police take on that polarizing issue.

We bring together five KCK police officers at the Kansas City Cupcake Company, which just opened behind City Hall and is run by a former police officer.

“People are shocked when they get to know you. They’re surprised that you’re a normal person with a family,” said officer David Hopkins, who’s been with the Kansas City, Kansas Police Department 10 years.

“They don’t realize you have the same problems like everybody else,” Trusskey said.

Trusskey and Hopkins are two of the officers who sat down over coffee, and yes, some cupcakes, to discuss police shootings, public trust, media perception and the hidden pressures on law enforcement.

In July, Common Grounds brought our cameras inside a coffee shop on Troost Avenue and heard a different take on police violence. Rising anger over the shooting of unarmed black Americans weighed heavily on the minds of customers.

“Common Grounds” is a regular video series produced by KCPT in association with Consensus, a nonprofit focused on community engagement. Its purpose is to capture the pulse of our community over coffee. The segments run as part of “Kansas City Week in Review,” which airs on KCPT Fridays at7:30 p.m. and again on Sundays at 11 a.m. Flatland is also publishing the segments.

If you’d like the Common Grounds team to head to your coffee shop or listen in to your group, contact us at commongrounds@kcpt.org.

Getting Unlicensed Drivers Off the Road ... By Helping Them Get Licenses