When Water Is More Valuable Than Crops, Farms Struggle To Compete With Thirsty Cities 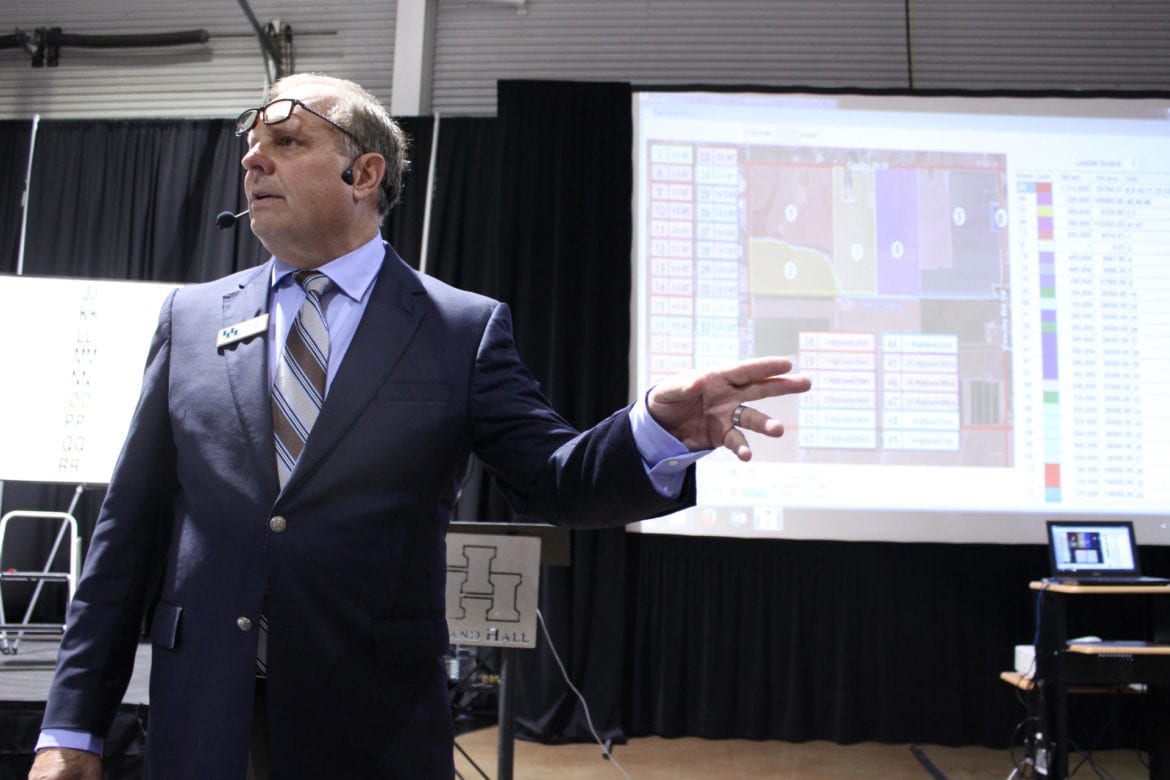 Few things are more valuable to a farmer in the arid West than irrigation water. Without it, the land turns back into its natural state: dry, dusty plains. If a fast-growing city is your neighbor, then your water holds even more value.

Farm families in Western states like California and Colorado are increasingly under pressure to sell their water. It’s been coined “buy and dry,” as water is diverted from farm fields and instead used to fill pipes in condos and subdivisions.

Buy and dry deals are usually cut behind closed doors, in quiet, unassuming meetings. A city approaches a farmer, or a farmer approaches a city, and strikes a deal. But a recent public auction in Loveland, Colorado threw the doors wide open, bringing myriad bidders and interests into one room to duke it out. It gives a glimpse of the unique stresses and opportunities farmers face in parched portions of the West.

Bidders, some in cowboy hats, some in business suits, packed the room at the Larimer County Fairgrounds. Abuzz with a sort of nervous energy, audience members whisper about how high the prices might climb. Auctioneer Spanky Assiter takes the mic, and lays out what’s at stake.

“Today’s an opportunity to buy water,” he says.

“You see commercials on TV all the time, invest in gold, invest in silver, invest in natural resources. There’s nothing more valuable than water.”

An auction of this size – with hundreds of units of Colorado-Big Thompson water and more than a dozen shares of a local ditch company up for grabs – is rare. The Colorado-Big Thompson project moves water from the Western Slope through canals and tunnels to provide water for Front Range municipalities and farmers.

There’s also more than 400 acres of farmland, except that’s not the asset that packed the room. Even though the tracts sit just 40 miles from Denver, one of the fastest-growing metro areas in the country, the water that flows into the fields is worth way more.

Scotti Reynolds, who ran a cattle operation on the property with her husband, until his death in 2012, has been contemplating how and when to sell the property.

“The land and the water have become more valuable than the income from farming.”

When the bidding begins, auction assistants weave into the crowd, find the bidders and shout back and forth to keep the bid climbing higher and higher.

One by one, water shares find new owners in the crowd. When all’s said and done the grand sum for the 400 acres, and the water rights, totals $12.6 million. The water rights, between the ditch shares and the units, alone went for close to $10 million. By far, the biggest spenders were cities – like Broomfield, a Denver suburb. 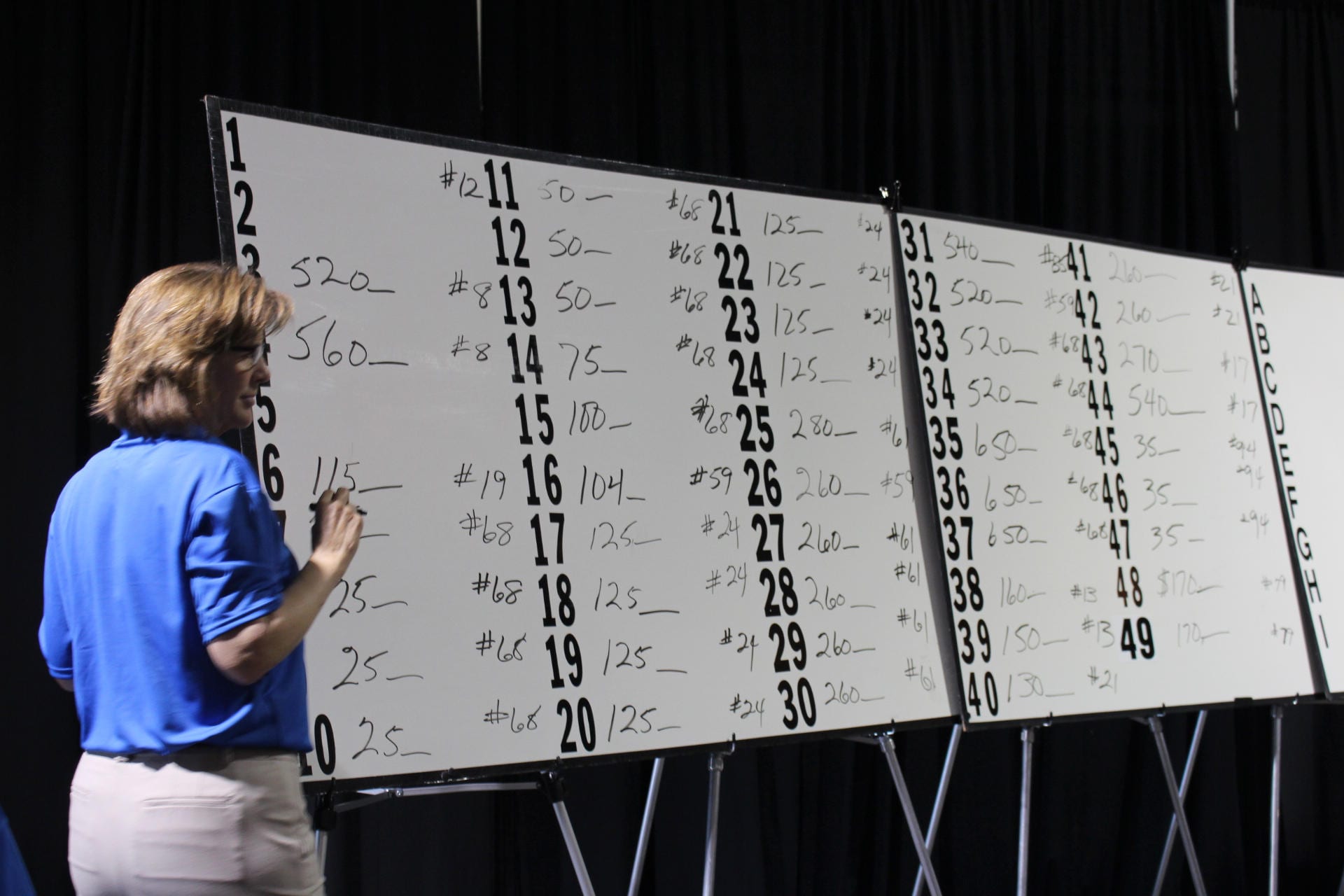 “It’s not cheap, but you only pay for it once. You buy it once and you get it forever,” says Melanie Calvert, who purchases water for the city.

At the auction she bid $3.2 million for 120 units of Colorado-Big Thompson water, each unit fetching $27,000. The city’s purchase continues a longtime trend. Increasingly, water is more valuable coming out of lawn sprinklers and bathroom faucets than growing sugar beets.

Broomfield has been on a tear. The city’s spent $12.6 million since the beginning of 2016 on acquiring water, with another $2.6 million deal in the works. Hardly the only city buttressing water supplies by buying up agricultural water rights, they’re just following in the footsteps of Thornton and Aurora, other Colorado cities with reputations for buying lots of water.

The recently adopted Colorado Water Plan laments the fact that auctions like this even exist. It attempts to offer up alternatives, some of which are still theoretical because of the legal wrangling and economic conditions needed to bring them to fruition.

A statewide water supply study in 2010 estimated that by 2050, Colorado could lose 500,000 to 700,000 acres of currently irrigated farmland to keep water flowing into cities if buy and dry continues at its current pace.

There’s plenty of angst in the farming community about cities buying water, drying up farmland and putting in condos, Calvert says. But cities have water needs too.

“No one’s twisting anyone’s arm,” she says. “I’m not trying to get anyone to close down their farm or anything like that. If you want to sell your water, come and talk to me.”

That kind of talk could appeal to farmers like Kent Peppler. He’s a half mile down the road from the auctioned farmland. These days he’s often driving his tractors through suburban neighborhoods to plant and harvest his crops.

“I’ve been feeling penned in for quite a few years now,” he says with a laugh.

Peppler says more of his neighbors are paying attention to auctions like this. Million dollar checks are tempting, even for multi-generational farm families. For him, there’s a real worry that at some point agriculture in water-stressed parts of the West could cease to exist.

“If commodity prices stay low, then definitely this will be a benchmark for people to think about,” Peppler says.

With many fond memories wrapped up in the property, the auctioned farm’s owner, Scotti Reynolds, admits it stings to sell the land and water. There was no family member willing to take over the farm, and with water bringing record high prices, now’s the time to take advantage.

“History proves that change comes,” Reynolds says, “whether we’re happy with it or not.”

What's In Our Tap Water?

You Asked and We Took a Dip