When it rains, it pours – how storms are affecting this year’s crops 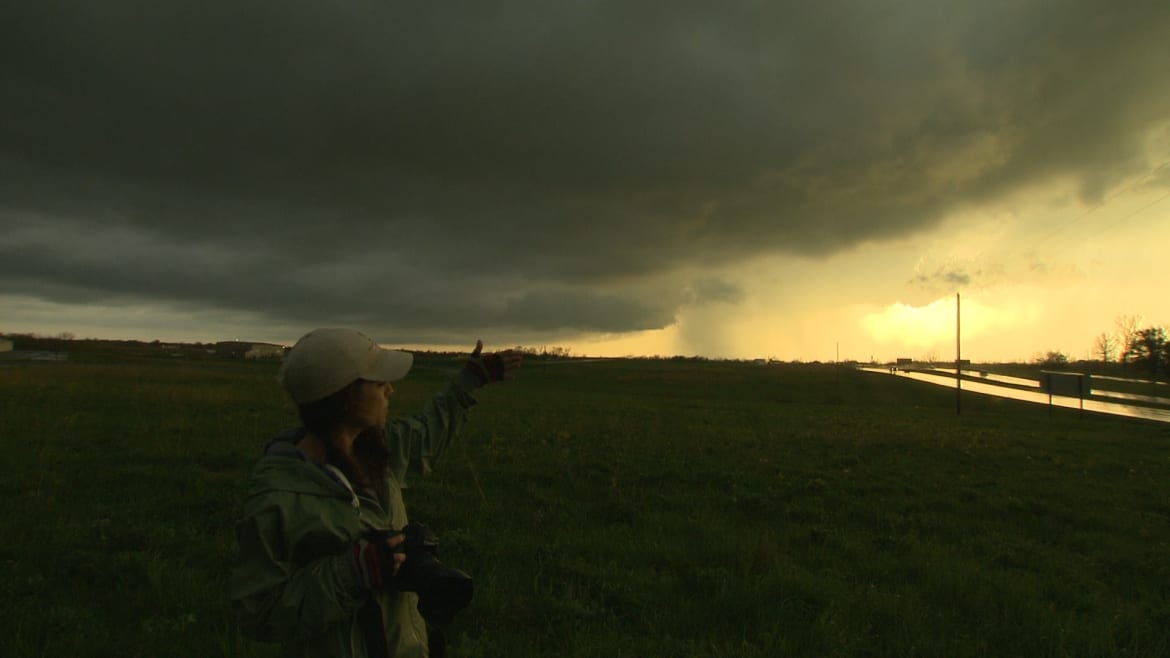 Driving down a two-lane highway in rural Missouri, Matt Plenge squinted at a patch of gray clouds hanging low over his farm fields in the distance.

“Does it look hazy up there?” he asked. “We only had a 20 percent chance today. We shouldn’t get any rain.”

Plenge, like most farmers, always keeps one eye on the weather. But this spring, it’s been his primary and constant concern.

“It seems like it rains for three or four days and after it rains, we get one day of sunshine,” Plenge said. “And then it rains again.”

Clark County, where Plenge typically farms about 5,000 acres of corn and soybeans, was soaked this June with three times more rain than the average rainfall for the month. And it followed a wet May.

All of the excess moisture is stunting Plenge’s grain crop. His corn is splotched with yellow from growing in standing water and only half of his soybean fields are producing a healthy crop. The rest are too wet to plant or are filled with dead and decaying beans that he’ll need to replant.

It’s a familiar story to farmers across the sopping wet Midwest. On the whole, Missouri is struggling to soak up 150 percent more rain than it gets in a typical spring. Illinois had its rainiest June on record, which was also the state’s second wettest month since it began to regularly keep track in 1895. And rivers in Iowa have been cresting so high many have jumped their banks.

While farmers in the Midwest still have at least three months left in the growing season, there are early signs that the deluge will have a long-term impact on the Corn Belt’s grain crop.

In Illinois, for example, the U.S. Department of Agriculture (USDA) recently reported a decline in the health of the state’s corn plants for the second week in a row. In Missouri, farmers only had half of their soybeans planted by June 20th, the USDA’s official end of the planting season for the area. And not much progress was made by the end of the month, with only two-thirds of the crop in the ground, 30 percent behind Missouri’s five-year average planting rate. Late planting generally brings the risk of lower yields.

John Newton, a researcher in the Department of Agriculture and Consumer Economics at the University of Illinois, predicted that farmers could let a record 1.9 million acres of soybean fields go fallow, 2.25 percent of the entire national crop.

“That’s a high percentage,” Newton said. “And it has the potential to move the price of soybeans up.”

Newton said he expected many farmers in Kansas and Missouri to file “prevented planting” claims, hoping to recoup from their government-backed insurance policies at least some of the money they’ll lose by failing to raise a crop this year.

“If soybean prices go back up to $16 a bushel like they were in 2012, then it might be worth planting and taking a yield penalty,” Newton said. “But taking the price projections now, it’s probably better to take prevented plant (insurance status).”

Plenge is planning to file a claim for at least 300 acres of the land he farms.

“We just haven’t had the opportunity to do anything right,” Plenge said, shaking his head. “I mean, we’ve had years that it’s turned wet and held us out. I just don’t remember it being this wet, this long.”

When it rains, it pours

This wet, this long, could be the Midwest’s new normal because this season’s storms aren’t a fluke. Rather, they’re one consequence of a century long pattern in which the Midwest has gotten as much as two degrees warmer, according to the most recent National Climate Assessment’s look at the Midwest.

“It’s kind of what we’d expect,” said Jim Angel, the State Climatologist for Illinois. “As you warm the earth’s atmosphere, it revs up the water cycle, as well. So you tend to get more humidity, more fuel for passing thunderstorms.”

Unlike a meteorologist, who looks at what’s happening in the atmosphere this week, Angel tracks changes in the area’s climate over decades and centuries. He works closely with the Midwest Regional Climate Center, which houses temperature and precipitation records from thousands of weather stations scattered across the region, some of which have been keeping daily weather records for more than 120 years.

“They give us a pretty good perspective of what things were like in the 1800s and 1900s,” Angel said. “It gives us trends, a sense of direction.”

The records show that today, the Midwest gets ten to fifteen percent more precipitation than it did a century ago. Records for the last three decades reveal that storms are also becoming more intense – unleashing high winds and hail and dumping several inches of rain at once – which can be a nightmare for farming.

“It’s one thing to get half an inch of rain over a period of time,” Angel said. “But these really heavy rain events can be a headache. You get a lot of soil erosion, a lot of nutrients flushed downstream. You can have damage to crops.”

The big storms are also giving farmers less time to plant their crop, as every extra inch of rain keeps them off their fields for at least two and a half days.

Light on the horizon

But it’s not all bad news. The Midwest’s changing climate is benefitting agriculture in some ways.

Eugene Takle, director of the Climate Science Program at Iowa State University, says climate changes have changed the Corn Belt’s seasons. Takle co-authored the most recent National Climate Assessment’s chapter on agriculture, which brought together research from more than one thousand studies conducted by academics, the private sector and the Agricultural Research Service (ARS), the research arm of the USDA.

More rain allows the soil to stockpile water, Takle said, which gives plants something to drink when things dry up later in the summer. Plus, farmers have reaped the rewards of warmer temperatures, growing plumper corn and bulkier soybeans.

“It has allowed them to plant earlier and harvest later,” Takle said. “So, the longer growing season generally means they can convert more atmospheric CO2 into plant carbon and grain and so yields have gone up.”

At least for now. Takle anticipates the U.S. will produce less corn in the decades ahead if temperatures in the Corn Belt continue to rise, which is likely. Some climate models suggest northern Midwestern states, like Illinois, could feel more like Oklahoma or eastern Texas by mid-century.

Takle said we’re already beginning to see that as recent climate records show more variability from year to year. In Iowa, for example, the pendulum has been swinging wildly between years with more than 40 inches of rain and years with less than 25 inches.

Neither of those extremes are good for farming. Wet weather in the spring means plants develop shallow root systems. As the summer dries up and temperatures get hotter, the plants don’t have the structure to dig down further for a drink. In dry years, plants go thirsty and don’t produce as much grain.

“In those years when we don’t have good soil moisture, the plants will suffer more,” Takle said. “They need to transpire more to stay cool and if they can’t do that, it’s a loss in yield.”

In response, the industry has been developing adaptation measures, while there’s still time. To help farmers plant faster, implement companies continually come out with wider planters, the biggest currently reach 120 feet across, and tractors with more horsepower. John Deere’s ExactEmerge, new to this year’s planting season, races across the field at 10 mph, twice the pace of its’ predecessors.

Farmers are utilizing a variety of field engineering techniques to help channel heavy rainflow and mitigate erosion problems, including terracing, planting large swaths of grass in low lying areas, and laying tile under the ground, which drains fields of excess moisture.

To combat drought, seed companies have developed drought tolerant corn. And Takle said he expects more farmers to irrigate their crops as the climate gets hotter and drier in the future.

Despite the efforts to adapt, scientists predict corn acres in the Midwest to shrivel up over the next several decades. Yields will likely plateau in the core of the Corn Belt as crops struggle to find enough to drink. And the western and southern parts of the Midwest, such as Kansas and the bottom half of Missouri, could get too hot to grow corn, at all.

“There are regions that are going to experience a transformation of agriculture,” Takle said. “That is, you have to do something totally different. And it may be going back to grazing land as it was originally.”

Back on his muddy farm in northeast Missouri, Matt Plenge was occupied with the problems of his more immediate reality, like low grain prices, hundreds of acres of farmland that’s still too wet to plant, and erosion.

“It makes you sick after you have a big rain and you see your topsoil washing away,” he said. “If Mother Nature drops four inches of rain on us in a day, it doesn’t matter what we’ve done to prevent it. We can’t stop the erosion when it comes to that.”