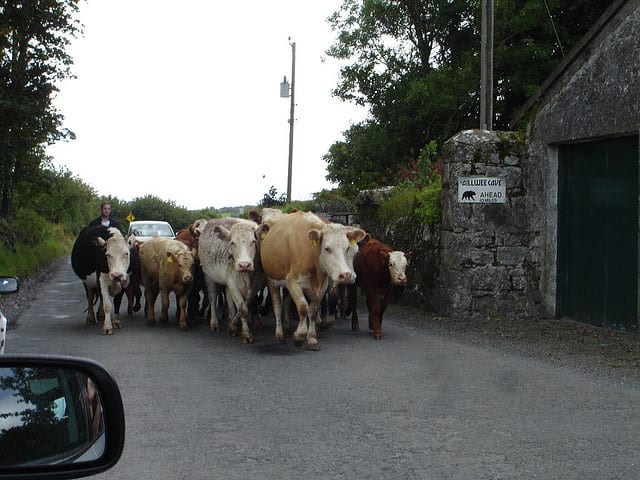 The ban on EU beef imports was lifted in March and Ireland’s beef production systems passed a U.S. inspection, according to the Irish Agriculture Department.

The United Kingdom was the epicenter of the mad cow outbreak in the 1990s. As the fatal cattle disease spread to North America, the U.S. banned European beef in 1998. As a result, Jim Robb, an agricultural economist with the Livestock Marketing Information Center, says trade relationships collapsed.

“The U.S. lost export markets,” Robb said. “International trade in the beef complex was in great turmoil and it lowered cattle prices in many countries dramatically.”

Robb says since the mad cow scare, more countries, like Ireland, are proving they’ve been able to keep the disease in check, building confidence among trade partners. That confidence could translate into even more European countries given a greenlight to export beef to the U.S.

The growth of beef imports comes just as the rules for disclosing foreign-raised beef are expected to be watered-down.

Country of Origin Labeling, or COOL, rules currently force retailers and meatpackers to detail where the livestock from which the meat came was born, raised and slaughtered. But the World Trade Organization has said the rules amount to a trade barrier and recent Congressional action requires the USDA to change them.

It may be that U.S. consumers won’t know they’re buying beef that was raised in an Irish pasture.

For Ireland, expansion into the U.S. market has them seeing green – both because Irish producers will likely target the grass-fed beef market and because of the sheer size of U.S. consumption as the world’s top beef buyer.

“This U.S. market is a huge prize given the size of the market and the demand we know exists there for premium grass-fed beef,” Irish Minister of Agriculture Simon Coveney said in a statement. “We now have first-mover advantage as a result of being the first EU member state to gain entry.”

The announcement by Ireland agriculture officials did not give a date for the first beef imports from Ireland. The EU’s executive committee said in a statement that it hopes the move paves the way for even broader acceptance of beef from Europe.

Currently, Canada and Mexico are the only significant cattle suppliers to the U.S. market, according to USDA data. The U.S. market generally imports about 2 million-3 million head of cattle each year, about 2.5 percent of the total stock.